About six months ago, I first published a groundbreaking presentation about a carbon-neutral gas/diesel replacement that was slowly taking hold of the renewable energy market.

The fuel itself wasn't the story, though, because it's been around forever.

Ammonia, used as a combustible fuel, can be burned in slightly modified internal combustion engines like the kind running most of today's cars... But it's primarily seen only limited, highly specific applications in things like aerospace propulsion.

It even gained fame, briefly, when it powered the world's fastest winged aircraft, NASA's X-15, to an all-time airspeed record of Mach 6.72. 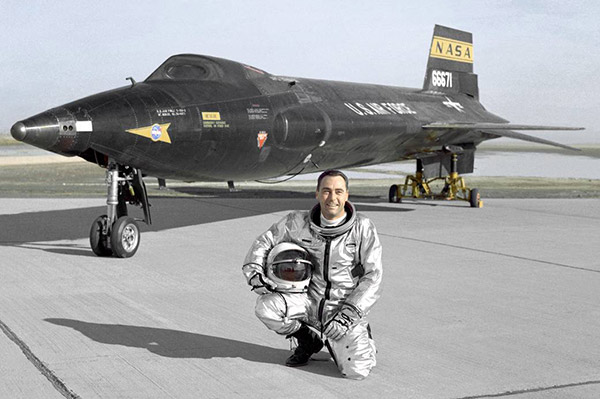 The much bigger story, however, was the production method.

You see, up until recently, producing ammonia as a mass-consumed fuel was the stuff of dreams.

It was simply too costly and too dirty to make at scale.

All the Puzzle Pieces... At Just the Right Time

A brand-new process changed that, however.

Allowing for the production of ammonia with no byproducts other than water vapor and harmless nitrogen, this novel and revolutionary process gave rise to a whole new world of potential applications for green ammonia.

Powering the world's cars, trucks, and buses in a post-fossil-fuel era was just one of the those applications.

Ammonia produced with no carbon footprint could also become an energy storage medium, much like lithium-ion batteries... And that could pose a threat to a whole new sector: distributed energy storage.

I started covering the ammonia story about six months ago, not long after I read about the company that had patented this technology and was in the process of testing it in progressively larger processing facilities.

Well, since those early days of 2021, the story has definitely developed.

In May, the UAE's state-owned oil producer, the Abu Dhabi National Oil Company (ADNOC), signaled its own commitment to the ammonia revolution when it announced the production of a "world sale" ammonia production facility in the coastal city of Ruwais.

And two weeks ago, ADNOC reported a sale of ammonia to Japan for its heavy shipping fleet.

Earlier this week, CNBC finally picked up the story like it had just happened that day:

To those who've been reading Wealth Daily over the years, this isn't a new phenomenon.

We've repeatedly scooped the mainstream press, often times months and even years ahead of time, on everything from single stock stories to major trends such as this one.

Because this major trend actually does go back to a single stock stock.

You see, this ammonia revolution is going to spawn its winners... and these winners will essentially be inheriting the energy market from the fossil fuel industry.

In fact, as the ADNOC model indicates, many of the major players will be the very same companies that have grown rich off fossil fuels.

However, the company I researched at the start of all this isn't a giant.

In fact, it's tiny — so small that it was organized specifically to pursue this one idea. This one patent.

I don't need to tell you how big or important this is to the world or how life-changing it could be for investors like you, because that much should be evident already.

What I do need to give you are the details...

The technology, the people, the company, and everything else you'll need to know and understand.

Ammonia really could be the fuel of the future, and the time to stake your claim is now... before the mainstream media blow this story out of the water.