Special Report: Huawei and the fight for 5G

The race among 5G isn’t just domestic- it’s international. Thankfully we established our own vendors in the US but in other highly populated nations, Huawei (002502.SZ) is a known name.

Huawei is a large telecom company that manufactures many phones for large countries like the UK. and Brazil.

Founded by Ren Zhengfei, Huawei being the tech giant that it is made Zhengfei quite the billionaire.

Huawei was founded about 33 years ago after Zhengfei’s service in the Chinese military as an engineer. Today, the company takes in over $100 billion of annual revenue. But we’ll get more into Zhengfei later.

The first round of 5G phones are here- but are they vulnerable to 5G networks across the world?

Because of companies like Huawei and the track record they have, the screen staring back at us could have much more than wires and chips behind it.

Many allegations have been made against huawei over the years, even reaching back to the early years of the Obama administration.

All point towards using advanced technology, seeping through the casual use of our mobile phones to get deep into the US government infrastructure.

Many resources supplied by Huawei are suspected to be subject to exploitation, though denied by the company just as much as they have been accused.

We as a nation are going to grow more reliant on 5G, connectivity is key in the world that relies on productivity on a distanced basis. 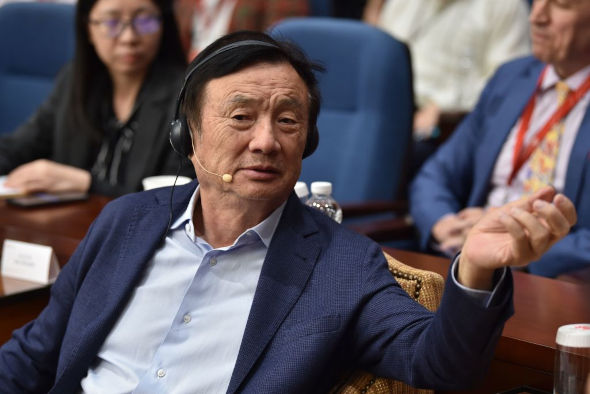 Since 2012, suspicions of threats to national security via Huawei tech have been investigated. In a 2012 report, Huawei and another Chinese telecom company, ZTE(OTCMKTS: ZTCOY), were brought to light.

The US Department of Justice recently charged Huawei with racketeering and conspiring to sell trade secrets earlier this year.

Refusal to adhere to US investigation didn’t help Huawei’s cause. Intellectual property was at stake on both the US and Huawei’s side.

Huawei released a statement, stating the charges made are a clear attack on the reputation of the company that are based on decades-old allegations. “Unfounded and unfair” were the words used in the statement as well.

It doesn’t help that the CFO of Huawei, Meng Wanzhou, was charged for evasion and bank fraud by the US government, arrested in Canada in December 2018 and facing possible extradition to the US.

Wanzhou is also the daughter of Ren Zhengfei.

The alleged charges are highly at risk to damage Huawei’s reputation.

Both ZTE and Huawei failed to submit anything to tame the tensions, causing US Intelligence Committee Chairman Mike Rogers to air his fears of American phones and other tech to be what grants Huawei access for espionage.

Allegations of assisting the Iranian government and conducting business deals with North Korea, adding more turbulence to the already rocky relationship the US and Huawei have.

The US has also thrown three rounds of sanctions to Huawei, blacklisted all the way back in May 2019.

The vote to ban US corporations from any sort of business with Huawei was unanimous- preferring vendors such as Ericsson(NASDAQ: ERIC), Nokia (NYSE:NOK), and Apple (NASDAQ: AAPL).

As of July, Huawei knocked out Samsung’s (KRX:005930) long reign as the world’s largest phone maker, shipping out more phones worldwide than any other vendor.

For the first time in nine years, the dominating phone vendor was not Apple or Samsung. Huawei beat this record in the second quarter of 2020, shipping out over 550 million devices compared to Samsung’s close 53.7 million.

Huawei supplied Brazil for over 22 years. That was until the US decided to change things up and sign a memorandum to block out Huawei from the 200 million strong population.

But how will such a populated country find an alternative to a long-term supplier?

Well, the US came prepared.

With $1 billion offered to Brazil, the US has proven their severity in their cause against Huawei monopolizing the 5G world.

Robert O’Brien, US national security adviser, names innovation in 5G and energy as a main focus in the memorandum. The intent is to “identify potential opportunities” for Brazil, though cybersecurity is on the line.

Of course a spokesperson for Huawei is contradicting these matters, claiming that their thirty years of service to over 170 countries there have never been any major incidents regarding cybersecurity.

That statement may hold up if it weren’t for multiple countries once supplied by Huawei starting to block them out.

Sweden has completely banned Huawei already- a large competitor of Huawei, Ericsson, is based in Sweden.

The United Kingdom is in the talks of phasing out Huawei and favoring Nokia to power their 5G networks instead.

As of late August, India plans to quietly remove Huawei equipment from their networks. This choice relates more to the tensions that fall upon the border that India and China share.

70% of Huawei’s sales DO come from mainland China- 27% of their overseas shipments fell, thanks to the US’s aggressive restrictions.

Recently, both Poland and Romania have chosen to exclude Huawei. The two countries are also contributing to the proposal that the entire EU ban Huawei altogether.

Poland drafted a new cybersecurity legislation all the way back in September.

On the first of November, the Prime Minister of Romania Ludvoic Orban made his intent to part ways with Huawei very clear. Romania’s security qualifications are not met through Huawei, planning to choose a company that “poses no threat to national security”. 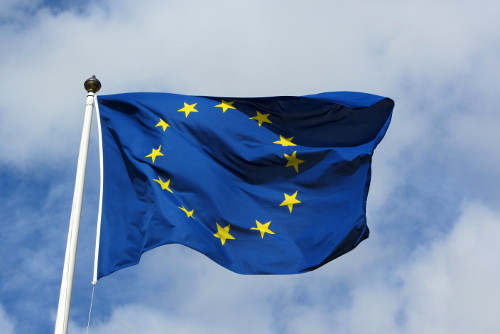 The heavy loads of negative reinforcement could cause major blows to a company’s reputation, but in this case Huawei is determined now more than ever to thrive in the 5G world.

Despite the multiple bans and pending bans, Huawei is refusing to go down without a fight. A new flagship phone was launched by Huawei, challenging the US as they boast the world’s first 5-nanometer 5G chipset.

The chipset is said to support 3 generations of smartphones, intended to live out the conventional 5G smartphone in the US, according to Ma Jihua, a close Huawei follower.

The CEO of Huawei’s consumer division Richard Yu claims the chipset has a 30% efficiency over Apple’s A13. Yu also claims the smartphones support the fastest 5G speeds, 2.6-6.8 times faster than the average 5G phone.

Smartphones in the Chinese market will increase due to this innovation- a home field advantage is indeed a large factor in this.

The sympathy card is one to play the pathos towards consumers, Zhenfei has taken a hit in net worth since the multiple sanctions and blockings made against Huawei.

His wealth has shrunk 10% in the past year, a cause to blame the US government’s intervention in the international business affairs they take part of.

In 2019, Zhenfei pined to the BBC about his fight to keep Huawei surviving, working 16 hour shifts.

Pathos card indeed, Zhenfei claimed in 2019 to still “have trust in the U.K” though even then the U.K was in the talks to carry out the phasing out plan they are enacting now.

The US isn’t the only hurdle in the 5G race that Huawei faces.

The domestic 5G tug-of-war in The US isn’t the only one of its kind; Huawei has its own competitors within mainland China that can also pose as an economic threat.

Though Huawei is the largest phone manufacturer in the world, they have focused too much on international affairs.

Why not? It’s lucrative and shows a willingness to diplomacy.

But China-based companies fill the gaps where Huawei may have been able to fill like long time rival Xiaomi(OTCMKTS: XIACF).

Not only did Xiaomi grab shares in China, but Europe as well. Europe- where Huawei is trying to maintain dominance. Europe- where countries are drafting an EU-wide ban on Huawei.

In fact, an 88% increase in shipments to Europe jumped for Xiaomi when Huawei fell behind.

Amongst the Iphone releases, Xiaomi was the only country that recorded growth in the current quarter.

The second largest cellphone maker in China is Oppo(NYSEARCA:IPO), who is also taking advantage of Huawei falling behind in Europe.

The fastest growing market in Europe is in Western Europe, where Oppo’s sales have tripled within the past year.

Oppo has recently signed a deal with Deutsche Telekom to sell 5G smartphones in Germany, The Netherlands, and Poland.

Remember how Poland is campaigning for Huawei to be banned from the EU?

Huawei faced a 16% market share plunge in Europe, and now we can see why.

Huawei faces as a threat to many countries but also faces many threats themselves; with a CEO who has a military mind, there can only be a long and drawn out fight to the top as Huawei goes for the 5G gold.