When to Invest in Commercial Airlines

Amid Consolidation and Reconstruction, Opportunity. 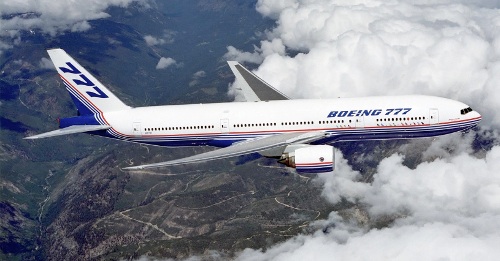 The presence of dozens of commercial airlines at any major airport is a deceiving illusion. Walking along the concourse past rows of check-in booths with hundreds of arrivals and departures throughout the day might make you think the airlines must be raking in the cash.

But just as fast as the money comes in, it goes right back out again, often requiring bankruptcy, restructuring and merging to keep the industry operating. The life of airline companies run like clockwork as they emerge, flounder, restructure, merge, come back under a new name to renewed investor optimism… only to come crashing back down to Earth in a few years’ time.

While that may be an acceptable cycle for the airline industry to clean its books and start fresh over and over again, investors do not have the luxury of cleaning off their losing investments.

Yes, airline stocks do seem to be in a comfort zone as of late, with the major airlines posting remarkable profits in 2013, lifting their stocks into the stratosphere some 50 to 100 percent over the past 12 months.

But a look at the problems that plague them cautions us that every high-flying stock will inevitably be grounded eventually. The cycle is unbreakable.

Airlines are like fruit at a roadside fruit stand – the fresh stock comes out in the morning, and in goes the rotten stock at night. Airlines start with new planes, low wages and fresh infusions of investments. But the books slowly begin to rot.

Fuel costs are the greatest single expense, with just a few dollars’ change in the oil price for an extended period of time being enough to push an airline into bankruptcy.

Aircraft maintenance is another exorbitant expense. While a new airline can launch with brand new planes and actually make a successful go of it for five or even ten years, the cost of maintaining its fleet grows increasingly more burdensome as its planes get older.

Wages also grow increasingly more expensive as companies age. At the start of a new airline, employees start at the bottom of the payscale. But with each passing year, pay raises and growing seniority benefits gradually increase the cost of labor to the point where union demands can no longer be met, forcing strikes which damage the airline’s books as well as customer relations.

Finally, investor fatigue sets in. When an airline first forms, everyone has high hopes for its success, including the initial investors who see brand new planes and low expense projections. But as the years drag on with maintenance and labor costs constantly rising and profits continually shrinking, investors eventually refuse to keep providing financial lift to an airline in demise.

Investor fatigue is just as deadly as metal fatigue to an aging airline.

When an airline starts to run into trouble after a few years of operation due to aging aircraft and growing wages and benefits within its workforce, it will usually become an acquisition target of another airline that is hoping to pick up extra routes and planes at a discount.

In other cases, two floundering airlines will agree to merge to cut costs through shared operations and synergy.

The recent merger of bankrupt American Airlines with U.S. Airways completed December 9th of 2013 was bought into by investors with optimism, as shares of the composite American Airlines Group (NASDAQ: AAL) took to the skies, soaring 44 percent from $23.50 to over $34.00 over the past two months.

But investors need to be aware of certain liberties taken in the report, due to the two airlines having operated together for only 23 days in 2013, since December 9th. What is more, that $1.95 billion in earnings excludes special items – namely $3.1 billion worth of merger costs.

Factor in all special items and 2013 earnings amount to a loss of $1.23 billion.

Still, investors drove up AAL stock on the expectation of added seating capacity which should boost profit relative to costs over the long term. And investors may do quite well on their shares for a year or two more. But eventually the playing field recalibrates, and expansion hits a wall. Market saturation then starts the clock ticking on another countdown to the next failure and restructuring.

As a case in point, the acquisition of AirTran Airways by Southwest Airlines (NYSE: LUV) in 2011 gave Southwest stock a serious upside boost from about $8 a share at the end of 2011 to over $22 by January of 2014. But when expansion plans threatened to cross another carrier’s comfort zone, Southwest’s wings were clipped and its expansion plans stalled.

Southwest’s solicitation for approval of a $100 million concourse and the addition of 25 international flights daily to Houston's William P. Hobby Airport has been objected to by United Continental (NYSE: UAL), the world's largest airline by traffic. Too many overlapping flights in a saturated airline hub cannot be supported, and are often challenged in court.

Yet there are periods when airline stocks can fly high during a brief window of opportunity one or two years after a restructuring but before the next cycle of decline.

A case in point here is the above mentioned United Continental, whose stock has skyrocketed 140 percent in the last 14 months, from $20 at the end of 2012 to over $48 last month.

Itself a merger between United Airlines and Continental Airlines in 2010, the new group took more than two years to work out the myriad synergy issues ranging from reservation systems incompatibility to programming errors in weigh scales to website booking glitches.

After two years of flat sideways channelling in price, the company’s stock finally took off at the end of 2012 and has so far never looked down.

This has lead analysts at JP Morgan to forecast a continuation of “the second longest post-deregulation stretch on record”, now into its fifth year. Analysts Jamie Baker and Mark Streeter wrote last week:

“We’re running low on ideas as to what could derail current prosperity in the near term, save for exogenous, black swan events. Our song, therefore, remains very much the same: the bias is the opportunity. Airlines still trade at healthy discounts to the market given their far-from-illustrious track record, but remain poised for re-rating, in our view. Following a generally upbeat earnings season, our estimates are broadly lifted.”

But we have to look at where the industry is right now to get an idea of why their stocks are performing so well and whether this is likely to continue.

Are You Being Suckered by a Pump and Dump?

Join Wealth Daily today for FREE. We'll keep you on top of all the hottest investment ideas before they hit Wall Street. Become a member today, and get our latest free report: "Anatomy of a Pump and Dump"

It contains full details on the Underbelly of the Investment World.

The Calm Between Storms

The recent run in the airline space started at the height of the 2008 market meltdown. As an indication of how severely airlines were hit, United Airlines fell from $50 at the end of 2007 to under $5 by the spring of 2009.

This is where we are today; at the end of that long period of restructuring across the airline industry, with stock valuations on the rise.

But for how long? What are those “black swan” or “exogenous” events that can often cause severe turbulence for the airlines?

They can range from conflict in the Middle East that drives oil prices sky high to labor strikes and severe weather that result in repeated flight cancellations. These and other external factors beyond airlines’ control make them highly vulnerable investments that can easily crash and burn in very quick order.

The problems plaguing the airlines are always present, like a disease that goes into remission but inevitably returns, often with a vengeance. The frequent mergers across the space are a constant reminder that airlines can’t go long before landing into trouble.

From aging planes to increasing labor costs to wildly fluctuating fuel prices, airline stocks go up and down almost as often as their planes do. We happen to be in the calm between two storms at the present time, which runs from the last wave of mergers and restructuring to the next.

If you want to chance it with an airline stock now, be sure to get out before the industry goes through its next restructuring. No one knows when that next breakdown phase will come, but its arrival is written on the wall as “delayed” for now.

1 Finding The Value In Value Stocks 2 Our Company Just Went Public! 3 Yes, Electric Cars Are a Fundamental... 4 DoorDash Officially Filed for Its IPO 5 Three Rare-Earth Stocks to Buy for 2021

1 Finding The Value In Value Stocks 2 Our Company Just Went Public! 3 Yes, Electric Cars Are a Fundamental... 4 DoorDash Officially Filed for Its IPO 5 Three Rare-Earth Stocks to Buy for 2021