What to Make of the Tesla Earnings Beat

If you’re wondering whether Wealth Daily is a pro- or anti-Tesla publication as a whole, just look at a few of our recent articles.

Jason Stutman summed up his thoughts on the electric car manufacturer in one of his first articles of the year, "Great Product, Bad Company, Terrible Stock."

Back in March, I singled out Tesla along with General Electric and JCPenney as the three stocks most likely to go to zero during the COVID-19 recession. (I was right on at least one count so far.)

Briton Ryle was more concise, penning an article titled "What the $#&%*! Tesla?!" earlier in the year that lambasted the company’s lofty valuation.

But last week, the carmaker did something none of us expected it to do: It smashed analysts’ Q2 earnings estimates, and in the process, posted its first full year of profitability.

So, do the Tesla earnings really signify that we were all wrong about the stock? Or is it an aberration?

The Numbers Behind the Tesla Earnings Beat

Usually, when a company beats consensus earnings estimates, it beats them by a double-digit margin — especially dramatic beats might have a triple-digit margin.

These big surprises were largely driven by factors other than car sales, which have stayed more or less static this year.

The firm sold almost half a billion dollars' worth of environmental tax credits and recognized some $50 million in deferred software revenue to boost its top line, and it shaved hundreds of millions of dollars from its production and R&D spending to shore up its bottom line.

By posting four straight quarters of profitability on a GAAP basis, Tesla has cleared an important hurdle for inclusion in the S&P 500 index, and it clearly already qualifies on the basis of market capitalization. 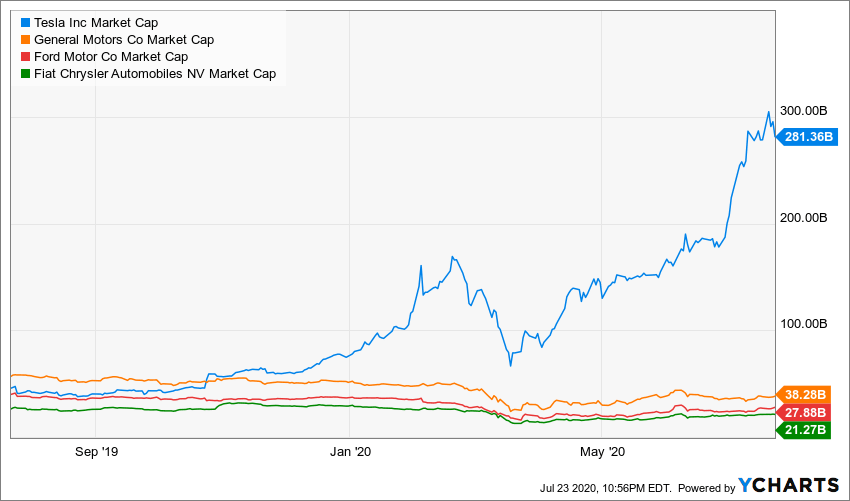 Its current value of $280 billion makes it America’s largest automaker by far. It’s now worth more than seven times as much as its largest domestic rival, General Motors (NYSE: GM). And as you can see from the graph above, it surpassed GM less than a year ago.

This incredible growth story, however, is still somewhat dubious when you take a big-picture look at Tesla’s operations. There’s reason to believe that these spectacular quarterly results might not repeat themselves in the future.

As I mentioned, the company’s top- and bottom-line surprises were not primarily a result of increased car sales, which make up the vast majority of the firm’s revenues. 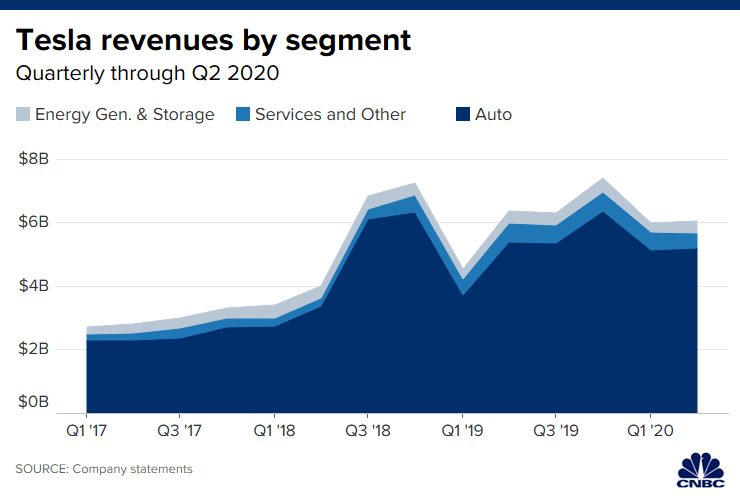 In fact, the company is still facing substantial headwinds on the sales front, with deliveries down almost 5% year over year. The company’s much-hyped expansion into China has been hamstrung by softer-than-expected Q1 consumer demand and by the discovery of faulty autopilot system components in its Chinese models.

And, of course, by the COVID-19 pandemic, which shut down Tesla’s new Shanghai factory shortly after it opened.

What’s more, the company’s solid earnings performance over the last year still hasn’t brought its valuation down to a reasonable level. Tesla currently trades for more than 10 times annual sales while the traditional Big Three domestic automakers — GM, Ford, and Fiat Chrysler — all trade for less than 0.3 times sales.

At this point, we’ve looked at the bull and bear cases for Tesla in light of last week’s stunning earnings surprise, but we still haven’t answered the question in the subject line of this article: Were we wrong all this time? Is Tesla worth buying?

How to Play the Electric Car Market in 2020

Personally, as a longtime Tesla bear, I’m willing to concede that the stock might be a suitable vehicle for any “play money” you’re willing to put down on riskier bets.

It has proven its haters wrong by achieving profitability, and maybe, just maybe, it’ll continue to grow its top and bottom lines to a point where it’ll become a reasonable investment on a fundamental basis. So, if you’ve got some cryptocurrency profits or pot stock returns that you’re willing to roll the dice with again, feel free to put them on Tesla.

But with that said, the stock still should not be a core holding of anyone’s retirement account. Its valuation is still absolutely ludicrous compared to any of the Big Three automakers — all of which are rolling out mass-market electric vehicles of their own.

It has not yet conclusively demonstrated that it can maintain profitability by selling cars, but rather than through accounting tricks.

And perhaps most importantly, other comparable auto stocks simply offer more perks to the average investor.

As Jason Stutman wrote back in May, GM is making an especially big bet on electric cars. Its new Ultium battery offers 400 miles of range on a full charge, which is 10 times more than the Tesla Model S Long Range.

What’s more, GM sports a comfortably low valuation and a generous dividend (5.68% at the time of writing). It’s a far more sensible pick for your retirement portfolio.

That’s not the only sensible recommendation Jason has made in the last few months. In fact, one of his recent Technology and Opportunity stock picks is up more than 20% in the last month alone. Click here to learn more.