This Silver Bullet Could End Chip Shortages for Good

In the fall of 2021, my mother embarked on a renovation of the kitchen at our family beach house in Bethany, Delaware.

It was a bittersweet decision, as that kitchen was the one my father had designed and it had remained largely unchanged since the house was completed back in 1997.

I would estimate that the hours my dad spent in that kitchen in the 22 years that followed must have numbered in the multiple thousands.

It was the center of the house for him, but after he passed away in 2019, we had to see it for what it was: outdated and no longer sufficient to meet the needs of our family.

Everything needed replacing, from the appliances to the cabinetry all the way down to the sound insulation beneath the subflooring.

The modern wonder that took its place featured the best of everything: An eight-burner gas/induction Viking range, an island big enough to land a small plane on, and enough storage to conceal 25 years' worth of accumulated utensils, china, and gadgets.

The new fridge would be a Thermador almost big enough to swallow the stainless steel Subzero that came before it, and it too was a marvel of modern engineering.

One of the neatest features was an automatically opening main door, which was electronically triggered to assist the user, as the refrigerator’s internal vacuum suction is too strong for many people to open on their own — my aging mom included, even if she pulled against it with all her weight.

Construction on the kitchen began in November 2021.

By May of 2022, it was complete — with one major exception: the fridge.

Last Time We Waited This Long for an Appliance, We Were Living in the USSR

It wasn't until last week that the Thermador was finally delivered… almost 15 months after it was ordered.

The problem, as you may have surmised, was COVID-related supply chain issues.

Those supply chain issues, when it came to electronic appliances, stemmed primarily from the global microchip shortage — one of the biggest effects of the COVID pandemic and resulting lockdowns.

But the truth is COVID only made an already growing problem that much worse. Chip shortages have been a problem for years now, and the primary cause is much more boring than a global pandemic.

You see, demand for chips in the age of autonomous cars, universal smartphone ownership, and rapidly improving quality of life in some of the world’s fastest-growing economies has been on the rise for most of the last decade.

These days, the volume of chips necessary just to keep our consumption patterns stable is simply staggering.

Right now, demand is growing faster than ever.

Microchip Industry at a Crossroads

Lead times right now are running between 40 and 50 months, making the 15 months my mom had to wait for her new fridge barely a blip on the radar as far as inconveniences go.

With the electric vehicle market set to eat up the transportation market by the middle of the next decade, we could easily see another quadrupling of the overall market within that same time frame.

Needless to say, some of the world’s biggest chipmakers, as well as the biggest chip consumers, are scrambling to figure out a way to make better products faster and cheaper.

One of the most radical but also potentially most promising solutions now being eyed by Korean, Taiwanese, and Chinese consumer tech producers is graphene.

Discovered at the beginning of the century and still an experimental material 10 years later when it won its researchers the Nobel Prize in 2010, graphene is what’s referred to as a "nanostructure."

It’s one atom thick and nearly transparent, yet more than 200 times as strong as steel.

An acre of it weighs less than a gram.

It’s a miraculous conductor of electricity and the best thermal conductor known to man.

It can be made to exacting specifications, and with the proper manipulation, it could replace silicon to become the chief building block of tomorrow’s microchips. 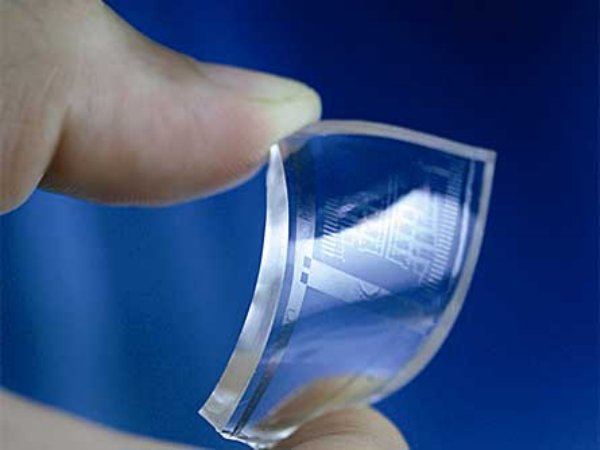 There was, however, one problem… Price.

Graphene has always been prohibitively expensive — more than $3,000 per ounce to produce, to be exact, making it almost twice the price of gold.

That’s obviously far too costly to ever supply anything as ravenous as the consumer tech market.

For it to ever be anything more than an engineering novelty, there would have to be an equally radical cost-cutting solution.

The Final Piece of the Puzzle

Right now, a small high-tech materials firm in the northeastern Australian state of Queensland is using just such a method to create the world’s best and most cost-efficient graphene.

Using nothing more than natural gas and electricity, this Brisbane-based company is making graphene for orders of magnitude cheaper than it was just a few years ago.

Some of its first products include a line of next-generation rechargeable batteries that boast properties just as otherworldly as graphene itself.

These batteries will have 3–5 times the service life of comparable lithium batteries, offer more than twice the charge capacity, and, most impressive of all, charge at up to 70 times the speed.

Just imagine charging your dead iPhone to 100% in less than a minute… or charging your Tesla to capacity faster than it took you to pump a full tank of gas at the filling station.

These batteries are already on their way to potential commercial partners for testing and evaluation, and if things go as planned, they could single-handedly pull the rug out from under the global Li-ion battery market.

And that’s just one application of the wonder material.

The Chinese Won't Be Able to Touch This

The company behind all this has the potential to become one of the biggest players out there in the graphene market, but right now barely anybody even knows its name.

Its stock — already public — trades on two North American exchanges for less than USD$3, giving the company a market capitalization of a measly USD$150 million.

To put things into perspective, that’s less than 1/1,000th the size of the lithium battery market… yet its product is powerful enough to torpedo some of the biggest players in the game in just a few short years.

If you can’t tell yet, I’m pretty excited about this company. I’ve been following it for a while, but as the story gained traction, I decided to make a video presentation to get all my readers up to date on it as efficiently as possible.

That video will give you all the details about the tech, the company, the stock, and the prospects for the years to come.

It’s available right here, no charge and no registration required, so I urge you to take advantage ASAP.

Or you can choose to wait until the story starts appearing in Forbes or The Wall Street Journal.

By then, of course, we could be looking at a $15 stock with a billion-dollar valuation.

The info is free, but the potential benefits are priceless.