I can't imagine this particular scenario would ever happen, BUT: What if every 6-year-old out there suddenly wanted a clown for their birthday party?

Two things would happen: One, the hourly rate for clowns would go higher. And two, derelicts without a comedic bone in their body would be putting on big shoes and rubber noses, looking for a nice payday.

This is the nature of supply and demand. Absent some kind of constraint, supply will always rise to meet demand. Problem is, there's always a point where the quality of that supply starts to fall.

At first it's subtle, easy to overlook. Then the clown car drops this guy off to entertain the kids, and it becomes clear that they're not even trying anymore... 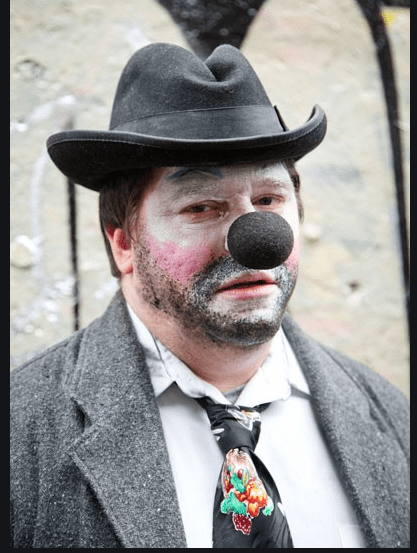 OK, I get that nobody likes clowns and that's not likely to change. So I had to force this analogy a little because there's only one way to adequately describe the SoftBank/WeWork debacle: "clown show."

A little background: SoftBank is basically a publicly traded venture capital company. They are typically late to the party and throw a lot of money around. Now, when I say "late to the party," I mean they are late-stage investors. SoftBank tends to wait until a startup is pretty well established, then it swoops in and tries to ride that last push toward an IPO.

For instance, SoftBank was among the last big investors in Uber when it plunked down $10 billion for Uber that valued it at $70 billion. Uber is valued at $46 billion right now.

That was bad. But the whole WeWork thing is really stunning. If you don't know, WeWork was trying to capitalize on the whole shared economy thing. It leased office space, made it cool and hip as "shared space," and turned around and leased it to others. In other words, a middleman.

WeWork founder and CEO Adam Neumann somehow spun a "real estate middleman that could scalp a few percentage points on rent" story into a "revolutionary shared space" story that valued WeWork at $47 billion at its height.

You Can Fool Some of the People

This is where SoftBank and WeWork seem to share a culture. Because they both seem to operate on the idea that you can always fool some of the people... at least at IPO time.

Because it's at IPO time that all the big money venture capital firms and investment banks will put aside their differences to pump a new stock to an unsuspecting public. For these guys, IPOs are all about story. P&Ls rarely figure into the opening-day stock price.

But the P&Ls for WeWork were so bad. And that shared space story was so flimsy that the potential IPO valuation for WeWork went from $65 billion to $10 billion to "let's not go public" in the span of 25 days. It's gotta be some kind of record...

Neumann did a certain sort of capitalism—one with some cachet at HBS!—as well as anyone has ever done it. It is one thing to build a successful company that creates a lot of value and take some of that value for yourself; Neumann created a company that destroyed value at a blistering pace and nonetheless extracted a billion dollars for himself. He lit $10 billion of SoftBank’s money on fire and then went back to them and demanded a 10% commission. What an absolute legend.

For SoftBank, it was never about the numbers. SoftBank didn't care if WeWork could be profitable. What Masayoshi Son & Co. saw was a story that could be sold. Son encouraged Neumann to "think bigger," spend more money... and lose more money.

And amazingly, there has been a steady rise in these unicorns happy to take the venture capital money. 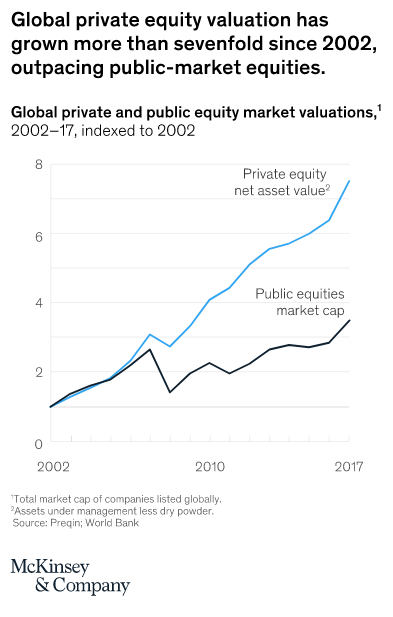 WeWork was a complete bubble stock. The investment theses for SoftBank was simply the greater fool theory — there will always be a greater fool that you can sell a story to. Only this time there wasn't.

In the buildup to IPO, WeWork even launched something called "Powered by We" to attract corporate customers. Powered by We was pitched as a version of Amazon Web Services (AWS)...

Of course, this was another venture capital-inspired lie. It lost money hand over fist. One business manager said: “Customers realized with Powered by We that WeWork was dumb enough to take on the costs of their construction and management...”

Why would anyone want Powered by We when they can have the real Amazon Web Services?

After all, with AWS, Amazon quite literally created the back-end platform for any company in the world that wants/needs one. Doesn't matter how big — Disney, Netflix, Slack, Spotify, Pfizer, Samsung, Comcast, NASA, Johnson & Johnson, BMW, Adobe, Airbnb, Expedia, Zillow — Amazon can apparently handle it.

AWS isn't just Amazon selling something. Amazon is a true partner to the world's businesses. (And I've got a way you can get Amazon-like profits for a fraction of that share price.)

My point here is to be very careful with these new revolutionary companies that are IPO'ing these days. I just read about a company called Vacasa that just got a +$300 million investment from Silver Lake, giving it a market cap over $1 billion.

Vacasa is another vacation property rental thing, like Airbnb, or VRBO, or HomeAway...

Now, Silver Lake has been around for a long time. Maybe this Vacasa will prove to be an actual unicorn...

But the bottom line remains that right after 10 years of throwing money around, these venture firms are scraping the bottom of the barrel.