The Best Way to Profit from Higher Pump Prices

If you're waiting for this alleged Saudi revolution to send oil to $150, don't hold your breath.

The last time Saudis tried to arrange protests in Riyadh and Jeddah, no one really showed up.

But that won't keep them from trying again...

According to the latest Facebook ramblings out of Saudi Arabia, hundreds of people want the following — or are threatening action by March 11th:

And while I agree the people have a right to some of these things, they have a snowball's chance in hell of seeing these demands met.

Because regardless of people warning for $150 to $200 oil on a Saudi revolt, the Saudi oil spigot supplies 20% of the world's oil.

It's not going to be turned off.

They recently took close to 800,000 barrels off-line, meaning 1% of world output has just been removed. And there's a very real fear that Gaddafi could pull a “Saddam Hussein” and torch Libya's oil fields if he's pushed out.

In fact according to reports, Gaddafi has already ordered security forces to sabotage oil facilities throughout the country.

That would easily take 1.6 million barrels off-line... and send oil prices well above $105.

Plus, there's a fear of oil stoppage out of Algeria, which has one Tokyo-based bank calling for $220 oil.

But these aren't the only things that'll drive prices higher...

Tack on this alleged U.S. recovery, higher consumption in spring and summer months, rising demand from China, a destroyed dollar, and simple speculation of Saudi, Iran, Kuwait, and UAE problems, and consumers will get pinched by $4 pump prices, just as they were in 2008 and 2009.

Anything above $4 will have consumers hunkering down, reducing overhead and discretionary expenses.

How to profit as consumers cut back

With all eyes on the changes in the Middle East and their impact on oil prices, an uneasy feeling is brewing that it'll negatively impact consumer spending habits and the greater economy.

Just look at what happened to discretionary spending when oil hit $147 a barrel in 2008: 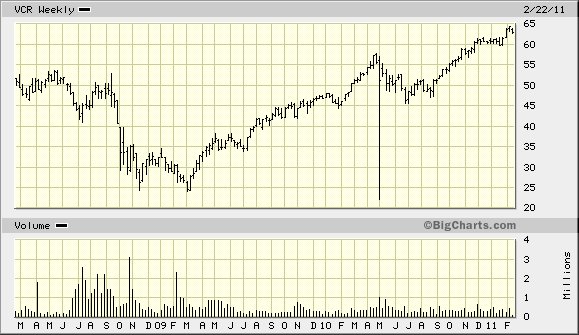 And the best way to profit from that is by buying put options on anything luxury, indulgence, or want-related.

A luxury retailer like Tiffany's (TIF) could easily fall apart. In fact it's already starting to do so: 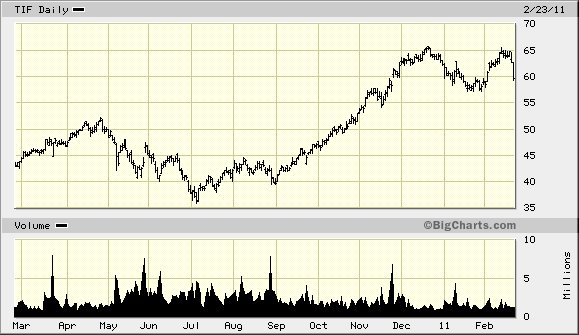 Even Coach (COH) is showing signs of weakness... 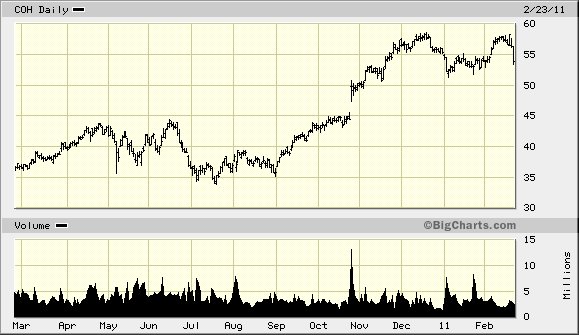 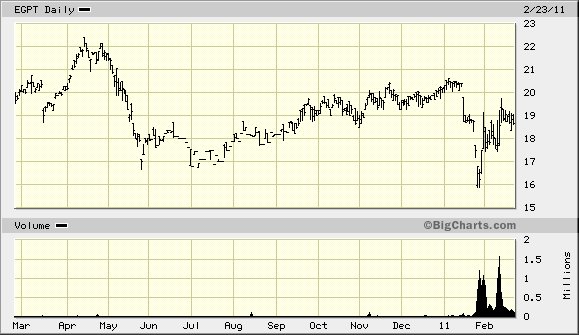 The same is likely with the SPDR S&P Emerging Middle East & Africa ETF (GAF) once things blow over. 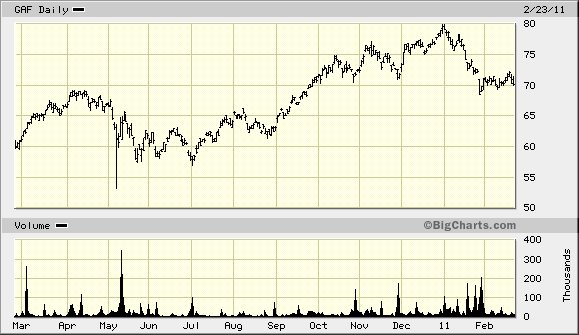 At least, that's how we're looking to trade the recent "fun" with options.