The Problem with the Tax Break

Well, corporate America got its big tax break all right. President Trump led the charge to cut corporate rates from 34% to 21%. And how's that working out for wages and capital expenditure (CAPEX)?

Well, if you look at the most recent GDP report, that 1.9% was kind of a weak number. In fact, the growth was virtually all consumer spending. CAPEX growth — the money that companies invest in new equipment and production capacity — was nonexistent.

In fact, I think CAPEX might have even shrunk a little. Which would mean it's actually a drag on the economy. Great. Thanks a lot, ya jerks.

Now, I'm complaining about it. But the fact is, there was no reason to believe companies would increase investment spending simply because they have more money. What company hires workers it doesn't need? Buys equipment it won't use?

A failing company, that's what...

The reason the U.S. has been stuck in 2% growth for a decade, the reason the EU is barely showing any growth at all, and the reason China production has been falling for like three years now is all the same: There is more production capacity in the world than there is demand for produced goods.

If you believed companies would actually spend more money if they got a tax break, well, you probably thought tariffs and trade wars were awesome, too...

Instead of spending all that extra tax break money on stuff, companies have done what they have done with their extra cash for the last decade: bought back stock.

Whaaat? How could we have ever seen that one coming?

For the record, I actually have no problem with companies buying back stock. It's a fine way to reward shareholders (because when you lower the share count, you also lower valuation metrics like P/E and PEG ratios). Like, look at Apple — it barely grows revenue anymore. But last year it bought back like 30% of the shares outstanding, and whaddya know, the stock rallied.

And finally, what if you were a Bank of America shareholder and you watched the company issue and sell billions of shares at rock-bottom prices during the financial crisis? Management basically doubled the share count in those years, cutting the bank's value in half. I think you could argue that Bank of America owes it to its investors to buy those shares back.

PRO TIP: The reasons for being a shareholder, for investing money in stocks, should be obvious, just as the reason why the rich get richer should be obvious: Own stock and you own a part of the company. Companies always reward ownership.

The problem: I see no reason why companies should get a tax break just so they can buy back stock.

The New York Times says the companies of the S&P 500 paid an 18% tax rate last year. That is significantly less than what I paid, and I'm an actual person. Last I checked, the Constitution didn't start with "We the corporations..."

Thanks for the Deficit! 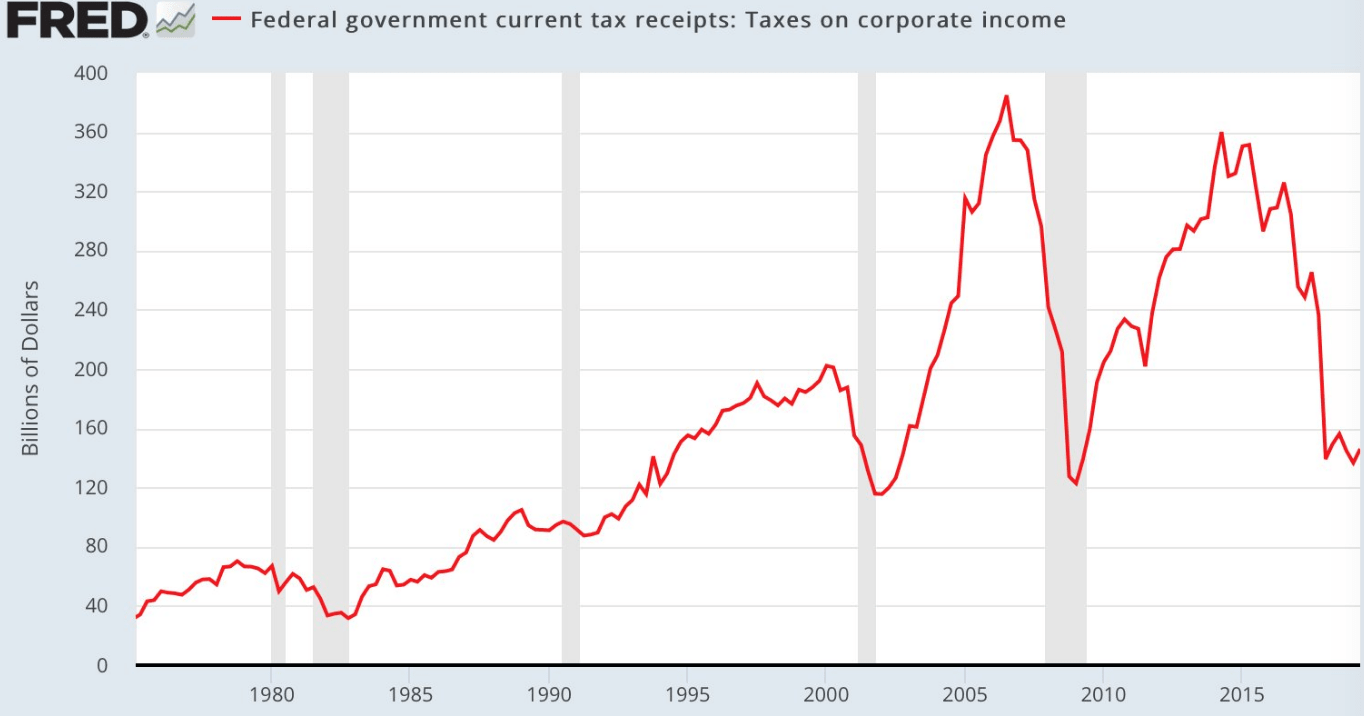 Is there any surprise that the budget deficit is at a seven-year high? It's increased four years in a row and now stands over $1 trillion! And all Treasury Secretary Mnuchin can say is: “In order to truly put America on a sustainable financial path, we must enact proposals—like the president’s 2020 budget plan—to cut wasteful and irresponsible spending.”

You can bet all this means you and I aren't getting any breaks anytime soon. The only thing we're gonna get in our pockets is the hand of government, rooting around for loose change.