Indian Bonds: As Good as Gold? 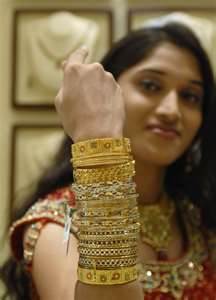 The government of India is desperate to reduce imports into the country. The central planners are out in full force, attempting to curtail the so-called trade deficit.

There is really no such thing as a trade deficit. It’s not as if the Indian people are giving things away to people in other countries. Of course, if it’s their property, that should be their right to do so.

A trade deficit is defined as a negative balance of trade, where a country’s imports exceed its exports. But in reality, these are still trades. It’s just that some people are trading a currency for actual goods.

You can have a bigger trade deficit due to the government running up debt. In the case of the United States, foreign central banks (particularly China and Japan) will buy U.S. government debt. Meanwhile, the American consumer buys goods and services from these countries.

But the trade deficit itself is not the problem there. The problem is that the government shouldn’t be running up debt.

In India, the number one import is oil. The number two import is gold. Indians love their gold, and for good reason. It’s definitely related to their culture, but it’s also a way for people to store wealth in a country that does not have a strong respect for property rights.

The Indian government is attempting to reduce gold imports. It has tried tariffs. It has tried a scheme to get temples to turn over their gold to the banking system to earn interest so that the gold can circulate in the economy.

The Indian government’s latest scheme is to issue sovereign bonds that are linked to the price of gold. It’s reported that the central bank of India will pay a minimum of 2 percent interest on these gold bonds. The government wants to issue over $2 billion (135 billion rupees) in the first year.

This latest plan is an attempt to reduce gold imports by getting Indians to buy bonds linked to the gold price in order to reduce physical demand.

Of course, these won’t be bonds that are fully backed by gold. Just because the government says the prices will be tied to gold, it doesn’t mean that the Indian central bank will hold the appropriate amount of gold to fully back the bonds that are issued.

If the price of gold goes up 10-fold in the next few years, is the Indian government really going to make good on its promise to pay the bondholders the full amount?

The first is cultural. Gold is often used as gifts. It’s used as jewelry. Is someone going to give a gold bond as a wedding gift? I think that answers itself.

The other main reason that Indians buy and hold gold is because it serves as a wealth protection strategy. The Indian government is extremely corrupt and property rights are not well respected. When you hold physical gold, it’s a way to ensure at least some privacy. It’s a way to keep your assets out of the hands of corrupt bureaucrats.

Are people who hold physical gold for privacy and wealth protection going to let the government hold onto their assets for safekeeping? Again, I think this answers itself.

In addition, these gold bonds would still be subject to capital gains taxes in India. While gains on physical gold holdings are taxed as well, this is mostly avoided by people making cash transactions.

If the Indian government gets this latest scheme off the ground, there will be a few suckers that buy in. There always are. But don’t count on most Indians to fall prey to this trick.

India is full of corruption and red tape. It is a tough place to do business because profitability is not rewarded unless you are kicking back a good portion to the government bureaucrats. It also does not have a stable currency. This is a major reason why people seek to own physical gold. This is not going to change with the government’s latest scheme.