The Rise of the Candy Baron

While consumers are well aware that chocolate candies contain a long list of artificial ingredients and flavors, there is something else that is artificial about chocolate which most are not aware of: its price.

Despite a growing demand for chocolate around the world year after year, cocoa bean prices had actually fallen between 2011 and 2013 to their lowest levels in five years. Some accuse candy manufacturers of colluding with one another to fix the price they pay African farmers for their cocoa beans in order to increase their profit margins.

But they may have shot themselves in the foot, since keeping the cocoa price artificially low is driving farmers to other crops, creating a shortage of cocoa while global demand keeps rising.

It looks like candy manufacturers have really done it now. Cocoa prices are once again on the rise, and there seems to be no way to stop it now.

To farmers in the world’s largest cocoa-producing regions of Ivory Coast and Ghana on Africa’s west coast, there is nothing sweet about cocoa farming anymore. 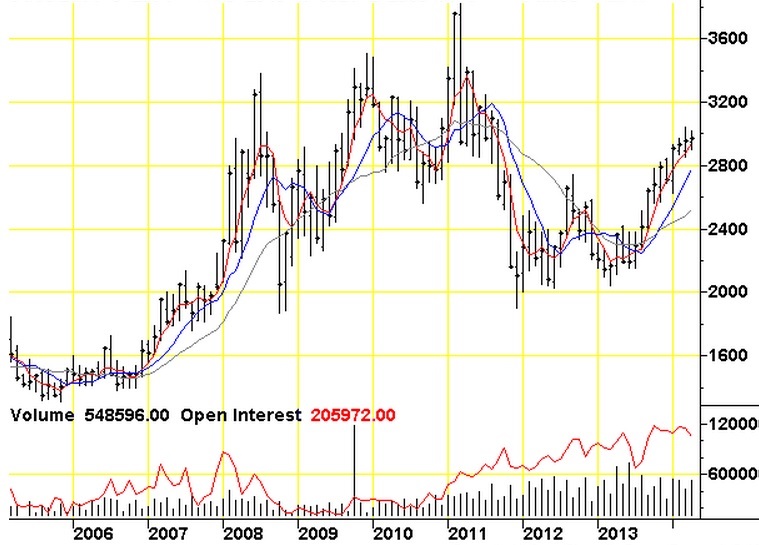 It is believed that candy manufacturers colluded to fix prices both while cocoa futures were on the rise and again when they were falling.

The first fixing came when cocoa prices were on the rise, when North America’s largest candy makers were alleged to have colluded to raise their products’ retail prices from 2002 to 2008 to offset their production costs. In 2013, Canada’s Competition Bureau laid criminal charges on the Canadian branches of Mars and Nestlé, which the companies are fighting, while Hershey Canada pled guilty and accepted a $4 million fine.

The American companies of the same three candy makers plus the U.K.’s Cadbury were defendants in another similar suit launched in the state of Pennsylvania. While Cadbury settled in 2012 with a $1.3 million fine, the other three held out long enough to see the charges thrown out of court earlier this year on the grounds of insufficient evidence.

When they could no longer get away with raising retail prices, a second wave of price fixing allegations accuse the candy manufacturers of forcing down cocoa bean futures by colluding to pay farmers less. Where Ivory Coast farmers were paid 990 CFA francs per kilogram in 2009-10, four years later they are currently receiving only 750.

Fed up with candy manufacturers’ sour deals, cocoa farmers took out their ploughs and turned their fields over, opting for more lucrative and more easily cultivated rubber tree groves.

“It takes something quite dramatic to get a farmer who has been cultivating cocoa his entire life to tear up his cocoa plantation and switch to rubber,” marveled George.

Not only are there fewer farms cultivating cocoa beans, but the ones that remain are impeded by outdated farming practices, a lack of pesticides and modern machinery, and increasingly drier weather year after year as the Sahara desert system expands. As it is, the average cocoa farm in Ivory Coast and Ghana yields a mere 0.4 tons of beans per hectare, where a properly managed farm could be yielding as much as 1.5 tons.

As a result, cocoa futures prices have been on the rise since early 2013, climbing 50% from $2,000 to $3,000 a ton. But it isn’t just falling production that is driving prices higher; increasing global demand is another ingredient being stirred into the formula.

The World’s Growing Love of Sweets

As global incomes keep rising, so do people’s consumption of candy treats. Euromonitor International estimates that global chocolate confectionery sales will reach 7.3 million tonnes in 2014 — with the sharpest rise in dark chocolate, pushing cocoa prices even higher as it requires more beans to make.

Note these expected increases in demand from around the world:

In light of the ever-increasing demand as developing nations expand their wealth and their taste for sweets, along with an ever decreasing cocoa supply, investors may wish to treat themselves to some sweetly performing confectionary stocks.

A comparison graph below shows how each has performed versus the S&P broader market over the past five years, with Hershey leading the way up some 175% and the others trailing in the still-respectable 115% area.
While Hershey’s stock has taken a bit of a hit from rising cocoa prices, its Malaysian plant due to open in 2015 should boost its sales and profits significantly.