NMC Health is the most recent, and perhaps most visible, reverse factoring related implosion. The firm’s market cap collapsed from nearly $6 billion down to nearly nothing in December after short seller Muddy Waters Capital published a report accusing it of improperly financing itself and hiding hundreds of millions of dollars of debt through the technique. 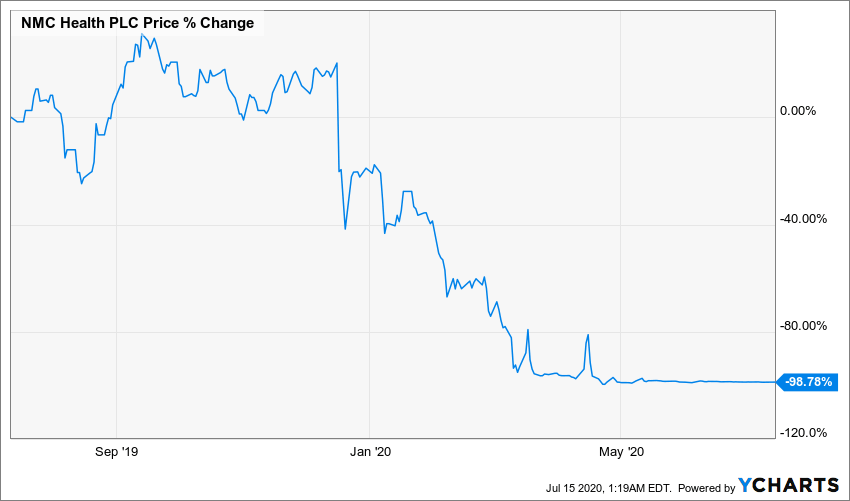 Abengoa and Carillion met similar fates, having filed for bankruptcy in 2015 and 2018, respectively, after being exposed of hiding hundreds of millions of dollars of bad debt through reverse factoring.

More recently, rumors have surfaced that these unscrupulous practices may be far more widespread than previously thought and that several large multinational financial institutions have been aiding and abetting them in companies all over the world.

But before we examine those developments, let’s answer some more basic questions. What exactly is reverse factoring? Why is it such a dangerous tool in the hands of unscrupulous accountants? And how can you spot it when performing due diligence on stocks?

Like any good act of accounting chicanery, reverse factoring relies on its highly technical and somewhat boring nature to fly under the radar of investors, regulators, and journalists.

What Is Reverse Factoring?

In order to define reverse factoring, we should probably start with the definition of regular factoring.

Many businesses, especially those that provide wholesale goods and services to other businesses, frequently receive large orders from customers who pay in installments over a long period of time.

Factoring is the act of selling those unpaid or partially paid customer invoices to a third-party financial institution at a slight discount. That third-party institution gets to collect the full value of the invoice from the customer while the company doing the factoring gets an immediate cash payment without needing to worry about collections.

Reverse factoring is when a company uses a similar sort of informal financing process to pay off its suppliers, rather than to collect unpaid invoices from customers.

The technique is popular for businesses with complex supply chains because it often allows them to borrow money for their operations at a lower interest rate than conventional debt would provide. And, perhaps more importantly, accountants don’t classify reverse factoring liabilities as debt, but rather as operating costs.

How Out-Of-Control Reverse Factoring Can Destabilize a Company

Therein lies the potential for reverse factoring to be abused by spendthrift companies.

The technique allows bad actors to borrow huge sums of money and hide those borrowing costs in the “other payables” section of the corporation’s balance sheet rather than listing them as debt — thereby distorting the company’s debt-to-equity ratio and credit utilization ratio.

In the cases of NMC, Carillion, and Abengoa, these hidden liabilities ultimately led to collapsing cash flows, insolvency, and forced liquidation. But investors had no idea that anything was wrong until these companies were unable to pay their bills, because they were looking at the wrong part of the balance sheet.

As if this practice weren’t shady enough, a tangled web of interrelated financial institutions is promoting it around the world today and lining its pockets in the process…

Why Reverse Factoring Is Spreading and How to Protect Your Portfolio

At the center of that tangled web is a British specialty finance company called Greensill. This SoftBank-backed startup provides reverse factoring services, and it once counted NMC and Abengoa as its biggest customers.

Greensill also securitizes and sells the liabilities created by its operations.

In 2017, the startup joined with Credit Suisse (NYSE: CS) to launch a multibillion-dollar fund consisting almost entirely of these reverse-factoring securities. SoftBank, in addition to backing Greensill, is one of that fund’s biggest investors, having put more than $500 million into it.

Does that seem like a conflict of interest to you? Because it certainly is. SoftBank is essentially buying its investment in Greensill by creating a market for its shady reverse factoring securities by investing in the Credit Suisse fund.

But that’s not even the worst part.

Since SoftBank invested in Greensill, the finance startup has predominantly offered its reverse factoring services to other companies SoftBank has invested in. In fact, Greensill marketing documents reveal that it has provided almost a billion dollars in financing to just four SoftBank startups — two of which, car startup Fair and hotelier Oyo, are already in bad fiscal shape.

In other words, SoftBank is artificially juicing Greensill by helping it pump its other portfolio companies (including several large, well-known tech stocks) full of potentially unaffordable reverse-factoring liabilities and then buying and profiting from the securities created by these dangerous transaction.

It has also stoked fears that many big SoftBank investments, like Uber (NYSE: UBER) and Slack (NYSE: WORK), could have huge previously invisible debts that have been hidden from investors through Greensill reverse factoring services.

How can you spot this dangerous process when performing due diligence on your own investments?

One signal that a company may be engaging in irresponsible borrowing through reverse factoring is a suspiciously large year-over-year jump in the “accounts payable” or “other payables” line items on its balance sheet, indicated by the figure highlighted in blue in the example below. 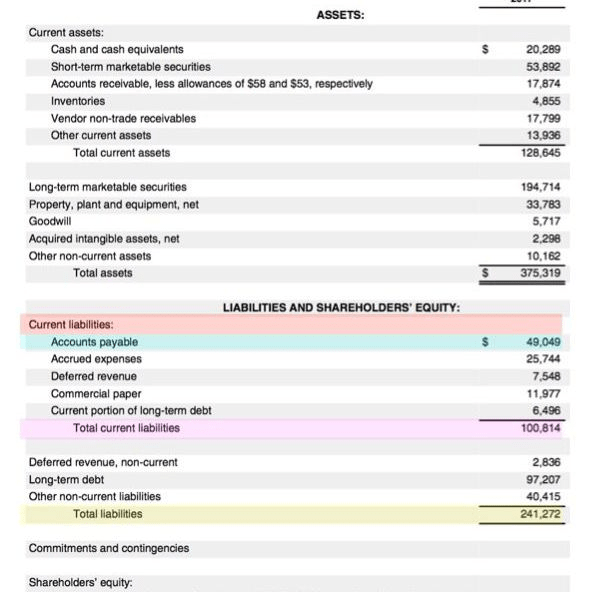 As we discussed earlier, this obscure line item is where the debt burdens created by reverse factoring hide. So, if it suddenly doubles or triples from one year to the next and the company can’t explain why, then brace yourself for the possibility that it could become the next victim of SoftBank and Greensill’s reverse factoring scheme.

Only time will tell how widespread this complicated but nefarious financing scheme is or how many other NMC’s or Abengoa’s it could bring down.

But as a Wealth Daily reader, you’re among the first individual investors to learn about this potential threat. And if it does indeed cause more damage to the stock market in the months or years ahead, we hope this knowledge will help you stay ahead of the curve.