Prison Stocks for a Prison State

Too Big to Jail

The existence of a two-tiered justice system couldn't be more evident than it is today.

Common folk like you and me play by one set of rules. Politicians and corporate insiders play by another.

I read about a hundred-pound woman who was tased by cops in a shopping mall this week for trying to buy too many iPhones (apparently a serious crime these days). She was arrested and charged with trespassing and resiting arrest.

You know who wasn't arrested this week? Executives from HSBC who laundered money for Iran, Mexican drug cartels, and Saudi Banks with connections to Al Qaeda.

According to the first line of the article in the New York Times:

State and federal authorities decided against indicting HSBC in a money-laundering case over concerns that criminal charges could jeopardize one of the world’s largest banks and ultimately destabilize the global financial system.

I dare you to try and aid Mexican drug cartels or Al Qaeda and see if those in power decide against indicting you. Get on the ground, you maggot.

This is all you really need to know about the current state of our global financial system — and the criminals who run it.

Not only are they too big to fail. They're...

Too Big to Jail

In a very real way — and perhaps for the first time openly — the government is admitting that it condones crime when committed by big banks.

The government has a different view when it comes to common citizens like us...

I've told you about the 60-year-old who was arrested for going over three minutes of allotted speaking time at a city council meeting. I've also covered the arrest and jailing of the 79-year-old Korean War vet who refused to remove “junk” from his property.

In the eyes of your government, average citizens like this are criminals: war veterans trying to make ends meet, a grandmother speaking out about a shady waste contract.

These are the people who, according to the government, should be pushed to the ground, tased, arrested, and jailed.

Indeed, your free country has become a prison state — but only for ordinary people.

The United States imprisons more of its citizens than any other nation on earth, both in total and per capita.

Freedom is ringing in the prison yard... 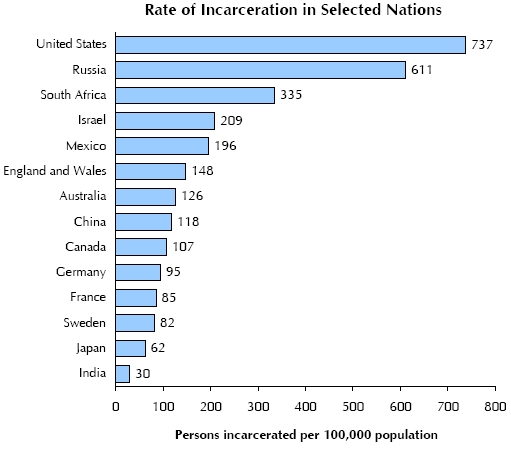 As Glenn Greenwald, author of With Liberty and Justice for Some, pointed out this week:

It imprisons people for longer periods of time, more mercilessly, and for more trivial transgressions than any nation in the west. This sprawling penal state has been constructed over decades, by both political parties, and it punishes the poor and racial minorities at overwhelmingly disproportionate rates.

He continues, quite poignantly...

Not everyone is subjected to that system of penal harshness. It all changes radically when the nation's most powerful actors are caught breaking the law. With few exceptions, they are gifted not merely with leniency, but full-scale immunity from criminal punishment. Thus have the most egregious crimes of the last decade been fully shielded from prosecution when committed by those with the greatest political and economic power: the construction of a worldwide torture regime, spying on Americans' communications without the warrants required by criminal law by government agencies and the telecom industry, an aggressive war launched on false pretenses, and massive, systemic financial fraud in the banking and credit industry that triggered the 2008 financial crisis.

Over the past decade, your government has spent countless billions on the War on Terror. We're patted down, spied on, and tracked so much we've become immune to it — all to keep us safe from the terrorists.

Our politicians now wear lapel pins to constantly remind us of the type of tragedy we're fighting against. 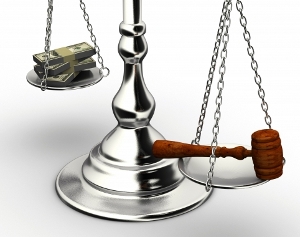 America does not negotiate with terrorists, remember?

Unless, of course, a bank is caught red-handed laundering money for them...

They tell us the War on Terror and the drones and the warrantless wiretapping are to protect our freedoms.

We're told these things were put in place to catch the people who want to end the "American way of life."

And then they went ahead and destroyed it themselves.

This rationale was popularized in 1974 when Gerald Ford explained why Richard Nixon — who built his career as a "law-and-order" politician demanding harsh punishments and unforgiving prosecutions for ordinary criminals — would never see the inside of a courtroom after being caught committing multiple felonies; his pardon was for the good not of Nixon, but of all of us. That was the same reasoning hauled out to justify immunity for officials of the National Security State who tortured and telecom giants who illegally spied on Americans (we need them to keep us safe and can't disrupt them with prosecutions), as well as the refusal to prosecute any Wall Street criminals for their fraud (prosecutions for these financial crimes would disrupt our collective economic recovery).

Needless to say, these are the kinds of crimes for which ordinary and powerless people are prosecuted and imprisoned with the greatest aggression possible. If you're Muslim and your conduct gets anywhere near helping a terrorist group, even by accident, you're going to prison for a long, long time. In fact, powerless, obscure, low-level employees are routinely sentenced to long prison terms for engaging in relatively petty money laundering schemes, unrelated to terrorism, and on a scale that is a tiny fraction of what HSBC and its senior officials are alleged to have done.

By its actions this week, the U.S. government has unequivocally stated that banks operate outside or above the law.

If you could write campaign contribution checks as big as banks, you'd be above the law, too.

And just as criminal banking has become big business, so has incarcerating millions of Americans.

There are even publicly-traded companies with billion-dollar-plus market caps reaping profits from it.

Both the Corrections Corporation of America (NYSE: CXW) and the The GEO Group (NYSE: GEO) run prisons for profit. And both have returned more than 70% this year, while the broad market is up about 10%.

That's right! In today's America, money-laundering banks that are too big too jail can make above average profits by investing in corporations that manage the excessive prison populations of us little people.

Both political parties oversee and allow it. In fact, they're all in on it. 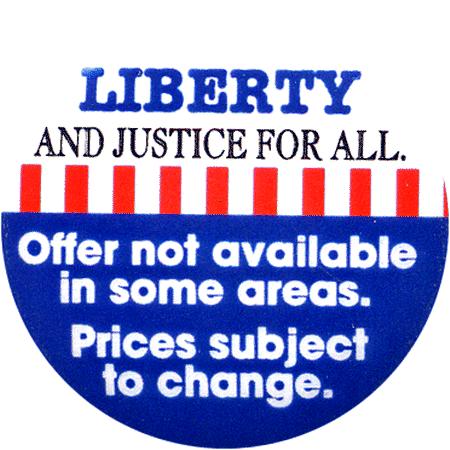 And they have got ordinary people so caught up in taking sides — left, right, liberal, conservative, Tea Party, Occupy, Haves, Have-Nots — that the entire lot of them continue to get away with it.

In this most egregious HSBC example, the government is openly telling you they're letting banks get away with terrorism...

And not a peep from any Senator, Republican or Democrat, about it.

These are the same officials who previously immunized Bush-era torturers and warrantless eavesdroppers, telecom giants, and Wall Street executives, even as they continue to persecute whistleblowers at record rates and prosecute ordinary citizens — particularly poor and minorities — with extreme harshness even for trivial offenses. The [Obama] administration that now offers the excuse that HSBC is too big to prosecute is the same one that quite consciously refused to attempt to break up these banks in the aftermath of the "too-big-to-fail" crisis of 2008.

Having different "justice systems" for citizens based on their status, wealth, power and prestige is exactly what the US founders argued most strenuously had to be avoided (even as they themselves maintained exactly such a system). But here we have in undeniable clarity not merely proof of exactly how this system functions, but also the rotted and fundamentally corrupt precept on which it's based: that some actors are simply too important and too powerful to punish criminally. As the Nobel Prize-winning economist Joseph Stiglitz warned in 2010, exempting the largest banks from criminal prosecution has meant that lawlessness and "venality" is now "at a higher level" in the US even than that which prevailed in the pervasively corrupt and lawless privatizing era in Russia.

And if they're allowed to launder money for terrorists and drug cartels...

What in the hell do you think they're doing to the "free market"?

You should be fired up about this. It should make you angry. And it should drive your quest for total independence from the system even harder.

Find people who share your view and stick together.

Because "Liberty and Justice for All" now comes with fine print.