Better Than Gold and Silver

Platinum and palladium are the forgotten precious metals. Silver and gold get all the credit. Investors gravitate towards them, and they are always interested in what those precious metals are doing.

But what about precious platinum and palladium? Isn’t there any money to be made with them? 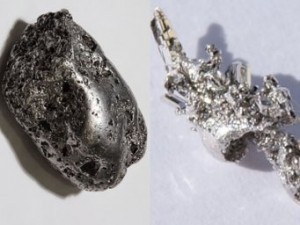 Yes, there is, and you’re about to find out how these metals are poised to make great gains in the next few years.

In the next few months, palladium is going to rally. The economy is improving, and people are going to start spending more money. And the purchases are going to be pretty pricey.

Before we go into the future of the palladium market, let’s look at how well it’s performing already. Last week, it rose a half percent. That may not seem like much, but this has raised the price to $720 an ounce, breaking its two-day decline.

Palladium is showing us there are some bright skies ahead. Its industrial use – particularly in catalytic converters, electronics, dental work, and jewelry – is increasing, and that will send production up.

“Just because the stock market is doing well, palladium is doing more decently relative to the other precious metals because of its industrial uses.”

As the economy improves, consumers will be out and about looking to purchase vehicles. Catalytic converters, often made from palladium, convert harmful pollutants into less harmful emissions, and an increase in car sales will drive up the demand for palladium – and the price along with it.

Now that you see how palladium will receive the attention it deserve in the next few years, let’s turn to the other forgotten metal – platinum.

While some analysts say platinum won’t perform as well as palladium in the next few years because Europeans are still primarily using diesel-powered vehicles, that may not be the case.

Platinum has a lot more going for it than many people think. It isn’t as easy to find as palladium, and because of that, it’s much more expensive to mine. Since there’s not a lot of it being produced, it’s attractive because it’s valuable.

The industrial and environmental uses are increasing as well. Like palladium, it's used in jewelry, LCD displays, fiber-optic cables, and catalytic converters.

Global economic recovery will also send platinum flying high. China is set to experience an increase in car sales, according to Scotiabank, which means even more catalytic converters. And demand for platinum jewelry has increased significantly over the last decade – doubling, in fact. Since China makes up 80 percent of platinum jewelry demand, it means great things for the metal.

Supply is one more thing driving up platinum and palladium prices. South Africa, for example, has experienced some disruption in supplying the precious metals.

The biggest problem is the power needed to mine the metals. Natixis, a London-based consultancy, told The Hindu Business Line:

“South Africa is still years behind the completion of a reliable national power supply and the government has been unable to resolve the core economic issues facing the country; and the situation makes foreign investment unattractive in the mining sector.”

How Far Will Platinum and Palladium Go?

As you can see, there’s a huge price difference between the two metals. Remember, platinum is much more valuable, and you can see that reflected in its price.

Deciding where to invest depends on your goals. If you’re seeking a huge investment, you may want to focus on platinum. If you want to start off a little lower, get into palladium. They both have good price forecasts, so a return is highly likely.

If palladium is your choice, start looking at ETFS Physical Palladium Shares (NYSE: PALL). It’s an easy way to trade palladium without having to possess it.

For platinum, ETFS Physical Platinum Shares (NYSE: PPLT) is your best bet. Again, you can invest easily and trade it when you’re ready.

Now is not the time to get sucked into the glimmer of gold and silver. Look to the other side, and you may just find an investment that will give you the kind of returns gold and silver investors can only wish for.