New Nuclear Plants In the UK: Who Wins?

Competing Interests at Odds over Power

When times get tough, luxury items tend to get pushed off to the side. For Europe, one of those luxuries these days seems to be environmental protection. The European Commission – the executive arm of the European Union - yesterday approved the British government’s plan to hire the France-based nuclear power company EDF Group to build a €20.3 billion ($25.9 billion) nuclear plant at southwest England’s Hinkley Point. 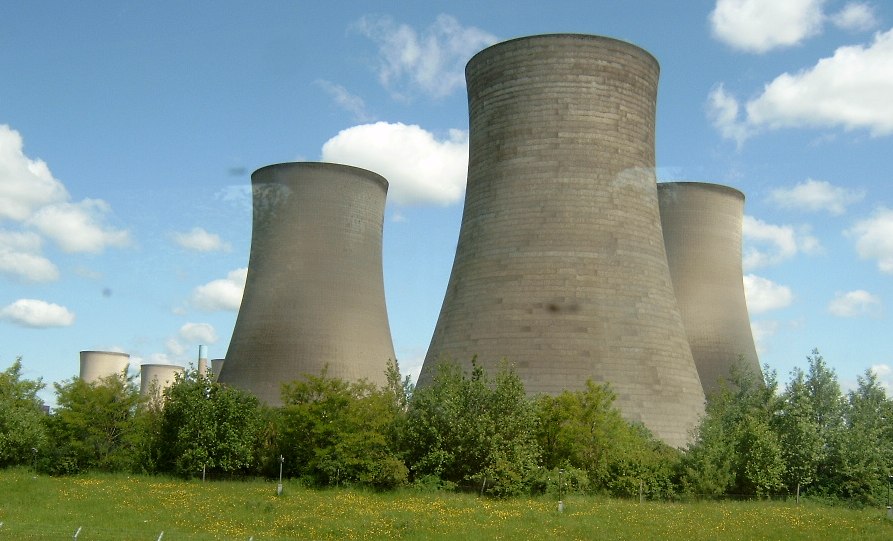 With Europe’s energy supplies from Russia presently under threat, the E.U. has made it a major objective to become more energy independent. Stagnant growth and rising fuel costs have pushed the continent to the brink of another economic crisis, and environmental protection has become a luxury many governments simply cannot afford. Europe is even considering loosening its ban on fracking in order to increase its accessible oil and gas reserves.

Understandably, the European Commission’s approval of the U.K.-EDF deal has incurred the wrath of environmental groups who firmly believe environmental protection is not a luxury but an outright necessity, with Greenpeace and the European Green Party losing no time voicing their opposition.

But environmental groups are not the only ones opposed to the deal between the U.K. and EDF Group; the governments of Austria and Ireland, as well as several members of parliaments across the continent, have been threatening to challenge the decision in court.

Claude Turmes, Luxembourg Green Member of the European Parliament, considers the approval “the most outrageous EU Commission decision of the last 15 years.”

“It is economic nonsense!” he exclaimed.

Indeed, the objections are not solely environmental in nature, but economic as well. And it’s all about who benefits at whose expense.

While environmental concerns are always raised whenever talk of a new nuclear plant begins circulating, in the case of the proposed Hinkley Point plant it’s the economic implications that are causing all the stir.

In the arrangement between the U.K. government and the French utility company EDF that will be building and running the new plant, a guaranteed price of €117.5 ($150) – about twice the current price of electricity - will be paid per megawatt-hour during the 35-year term. In addition, the English government has agreed to guarantee loans for the plant’s construction.

Critics argue that such subsidies - hefty ones at that – will create an unlevel playing field in the energy industry, with taxpayer money being spent on the wrong projects. The objections can be broken-down into three primary concerns:

• Favoring one energy type over others.

The approval opens Europe’s doors to nuclear companies to pour in. “Today's announcement will be welcomed not only by those involved in the Hinkley Point C project but also by the many other companies that are looking to invest in nuclear energy in the UK and more broadly in Europe,” Jonathan Cobb, senior adviser at the World Nuclear Association was happy to point out.

The decision was also joyfully welcomed by Horizon Nuclear Power, a subsidiary of Japan's Hitachi Ltd, which is planning to build a nuclear plant of its own at Wylfa in Wales.

Yet objectors fear subsidizing nuclear energy will stifle advancements in clean renewable technologies. “The tragic irony is that this deal, and the precedent it creates, is a massive setback for renewable energy in the UK,” Green MP and economics spokesperson Molly Scott Cato underscored, “with small producers unable to compete on these terms.”

Greens/EFA co-president and nuclear spokesperson Rebecca Harms echoed the concern that “this precedent would have potentially massive implications for the EU energy market and the goal to boost the share of clean, safe and home-grown renewable energies”.

“This is an extremely unfortunate decision, and goes in the face of the Commission's own guidelines on state aid to energy companies,” European Green Party Co-Chair Reinhard Bütikofer raised his objection on the focus toward nuclear energy over renewable. “Nuclear should be considered a so-called mature technology, that should be excluded from state aid. While the Commission is more and more hesitant or outright adversarial towards renewable energies, it is now opening a new door for lavish nuclear subsidies. That is an about-face and a major setback for the European energy transition that we need.”

• Favoring one energy company over others.

Not only is the deal seen as giving nuclear power an unfair advantage over renewable energy technologies, the deal is seen as giving preferential treatment to EDF in particular by awarding twice the going rate for electricity, which Greenpeace EU legal adviser Andrea Carta called “a world record sell-out to the nuclear industry at the expense of taxpayers and the environment”.

“There is absolutely no legal, moral or environmental justification in turning taxes into guaranteed profits for a nuclear power company whose only legacy will be a pile of radioactive waste,” Carta protested. “This is a bad plan for everyone except EDF.” She went on to declare the European Commission’s approval “a distortion of competition rules” in which the Commission “has left itself exposed to legal challenges”.

Those legal challenges could be forthcoming from other E.U. governments as well as environmentalists, including the government of Austria which has already vowed to take up the cause. The Green Party has also given notice that it will “work with all forces in Europe willing to annul this decision by an EU court decision”.

• Setting a precedent that other E.U. governments will appeal to.

Now that the European Commission has approved the state subsidy of nuclear power in one member nation, other member nations are sure to avail themselves of their right to follow suit.

The Czech Republic, Lithuania and Poland are just three such jurisdictions that have long been requesting clearer guidelines from the E.U. concerning the extent of state aid permissible to nuclear power companies. Now they have their answer.

“One argument was that it would never go through because it is public support,” Daniel Benes of Czech utility company CEZ explained the previous uncertainty. “Now, though, Brussels approved it for the British. It is always good when someone big clears the way for you.”

Indeed, the approval of the Hinkley Point plant has cleared the way for state-subsidized nuclear power projects straight across the European continent.

For England it is the first step in a plan to replace around a fifth of its aging nuclear and coal-fired power plants. For the continent it means less reliance on Russia for oil and gas, at least for the production of electricity. For smaller developing economies it means upgrading outdating power grids and powering up their industrial sectors for greater production capacity.

For investors, the European Commission’s decision should make investing in European utilities – particularly nuclear power companies – much more viable, given the willingness of governments to subsidize their operations.

Yet these would by no means be quick short-term investments, especially given the number of years it takes to build new nuclear facilities. Still, for investors with a long-term horizon, European nuclear power companies may be the only place to be for a while, especially given the almost certain reduction to oil and gas from Russia looming on the horizon.

In their moment of economic hardship, it is difficult for many Europeans to sympathize with environmentalists over clean energy policies. Europe is in shambles, and it wants to do everything it can to ensure it does not get pushed around by outsiders who exert near despotic control over their fuel taps.