Millennials Are Too Risk Averse

Most Cautious Generation Since The Great Depression 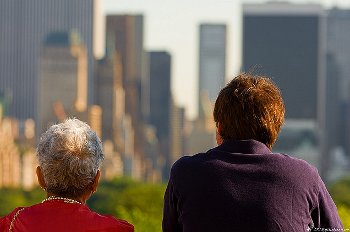 The generation gap between parents and their children appears everywhere - from their taste in music and clothes to recreation and sports. It even appears in their investment preferences.

It might surprise you that younger investors are tending to be more conservative with their money than their parents. The children of boomers are more risk averse than their ex-hippie parents.

But this is not just another harmless trend. It is a dangerous tendency that could be incubating a serious crisis that will plague not just these young investors but the entire investment market!

To Each Their Own

Before examining the investment preferences peculiar to each generation, let’s first define the groups we are referring to:

• Generation Y (aka Millennials) – born from the mid-1980’s to mid-2000’s (currently under 30)
Data compiled by Spectrum’s Millionaire Corner found that both generations X and Y have teamed up against their boomer parents and grandparents in their investment choices. Here’s the break down:

• Equity investments (stocks and mutual funds): equal interest, favored by 57% of Boomers and 58% of gens X&Y

• Fixed-income investments (bonds and bond funds): mostly Boomers, preferred by 32% of Boomers but only 25% of gens X&Y

• Checking and savings accounts: mostly gens X&Y, preferred by 64% of X&Y versus 55% of Boomers

• International investments: mostly gens X&Y, preferred by 44% of X&Y versus 31% of Boomers

Most of the preferences can be easily explained by each group’s needs and circumstances. It is logical that the Boomers – most of whom are near or in retirement – would skew toward fixed income investments more than X and Y do. It is also quite understandable that gens X and Y – who tend to be more open minded – would have a keener interest in foreign and international markets.

But the preference for money market instruments and even checking and savings accounts by gens X and Y more so than by Boomers may seem puzzling. It would seem to suggest that younger investors are more conservative and less tolerant of risk than older investors – contrary to each group’s regard toward life’s risks in general. Each group’s unique experiences are largely at play.

A Product of Their Times

Boomers in America grew up in a time of tremendous prosperity and economic stability. When they left home and started life on their own, jobs were plentiful, with the unemployment rate ranging from 3 to 6% nearly the entire way through the 1960’s and 70’s.

But when generation X entered the workforce, the unemployment rate averaged a much higher 6 to 10% from the late 1970’s to the early 90’s. The group lived through the eras of high fuel costs and inflation, and interest rates that rose to 20% - with mortgages taking up most of their pay checks.

Generation Y’s entrance into the workforce was just as shaky, as the newest generation of workers found itself competing for jobs against millions of older and more experienced workers who had been laid off or terminated when the tech bubble burst in 2000. And yet another fight for jobs came a few years later amidst the recent Great Recession beginning in 2008 – the effects of which we have yet to completely come out of.

So while the Boomers never really had too much difficulty finding work or earning a steady pay check – often with the same company for their entire careers – generations X and Y have not experienced such financial stability. We can understand, then, why these younger ones would be much less comfortable with investment risk.

A recent survey by the Boston mutual fund company MFS Investment Management found that nearly half of these younger investors “never feel comfortable investing in the stock market,” explaining their tendency to keep more of their assets in cash, and their shorter time horizon - typically less than five years.

“We look at what this age group has gone through, and they’re scarred by the Great Recession,” Bill Finnegan, managing director at MFS, assessed to the Boston Globe.

The Impact of Economic Shell-Shock

Economic shell-shock and skepticism grows progressively worse with each new generation, as noted in these sample questions from a 2013 survey conducted by Accenture:

• I would never take the advice of my financial adviser without first consulting another source: agreed to by 7% of Boomers, 14% of gen X, 28% of gen Y

Once bitten, twice shy. Generations X and Y have experienced certain difficulties that Boomers never have. But the worst may be yet to come. Generations X and Y may be setting themselves up for their severest economic hardship that makes anything in the past pale by comparison.

The Need to Win Back the Lost Generations of Investors

The Accenture study found “high levels of mistrust among millennials for financial institutions and a greater reliance on the Internet, social media, and personal networks for financial advice.” As a consequence, retirement contributions by gen X and Y average a deferral rate of 6%, far short of the recommended rate of 10%.

“There’s a lot of attention on the 78 million Baby Boomers, but there are nearly 116 million Americans aged 20 to 47, and as an industry we need to help these Americans plan and save for retirement,” stressed Cecilia Shiner, senior analyst at LIMRA Retirement Research.

If markets don’t succeed in winning back those lost generations, both sides will suffer – investors and markets alike…

“Most generation X and Y Americans will have to rely solely on their savings to fund their retirement,” Shiner underscores the urgency, “yet few are taking full advantage of the retirement savings vehicles available to them. The decisions these consumers make today will have a lasting impact on their ability to be financially secure in their retirement years.”

Other analysts point to future woes for the financial markets as well. “If millennials’ attitudes and behaviors persist, it could have a long-lasting impact on the market and financial industry,” the MFS survey warned. “Fewer participants can mean more frequent and dramatic swings in the market, which in turn could further erode trust in stocks.”

It is highly imperative, therefore, that our younger generations be better educated about the investment options available to them, and be better guided in making sound and balanced investment choices.

While caution is always a concern, it should never come at the cost of a portfolio’s long-term gains. With so many investment vehicles to choose from, our youth should be shown how risk can be mitigated without sacrificing growth. ETF’s and mutual funds, for example, allow diversification across multiple stocks and sectors to reduce volatility and capital loss.

Investment strategies such as asset allocation and dollar-cost averaging are also important skills that empower our younger investors to actually benefit from market corrections rather than be damaged by them.

Once equipped with knowledge and insight regarding a more balanced approach to market investing, generations X and Y will quickly learn to harness the raw power of the markets instead of being paralysed with fear by them.

They must be shown that not only can the wild beasts of the financial jungle be tamed, they can also be domesticated and ridden into the sunset of retirement with comfort and peace of mind.

Where society has gone through great pains to bridge the gaps between generations in every other area of life, let us not forget to close the investment divide. Our younger generations’ futures depend on it.