Most of you already know that I co-run a retirement-focused investment service here called The Wealth Advisory.

My partner, Briton Ryle, and I use a strategy that’s tailored to help investors grow their savings over the long run. But that tricks people into thinking we’re only investing in boring, slow-moving, commonly known companies.

And that couldn’t be any further from the truth.

Of course, Brit and I are always on the lookout for a well-timed investment in a down-and-out blue-chip stock that’s poised to rally. And both of us are long-term investors, so we’re looking for companies that are going to perform well over time. But we’re certainly not ones to turn up our noses at the chance for rapid gains, either.

That’s why we’ve been recommending our readers get involved in the already lucrative but soon-to-be-explosive legal cannabis industry. 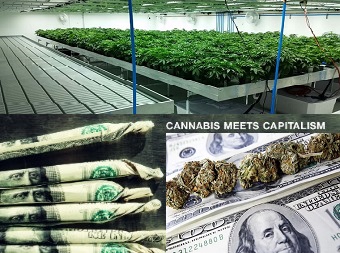 Since we’re long-term investors, we’ve singled out the companies that are not only poised for explosive growth along with the industry now but are also set up to provide profits for decades to come.

So, after waiting for the froth to settle and the scammers to mostly get worked out of the market, Brit and I started really digging into the world of cannabis investing. And the very first company we recommended just dropped some incredible news about its confidence in the future of the U.S. marijuana markets.

Like I said, we weren’t about to jump right into the industry on some penny pot stocks. While you can make some serious profits from those, you can also lose everything in the blink of an eye.

So, we were looking for a major company that was already well established in businesses related to the cannabis industry. We wanted to find the future “Diversified Cannabis Corporation of America,” if such a company existed.

Marijuana is still illegal under federal law in the States. So it’s a complicated legal issue when it comes to intrastate businesses working with pot companies. In fact, most banks won’t come near a company in the cannabis business. It’s the same with the credit card companies. So those pot companies need ways to accept payments and move tons of cash around.

We looked at armored trucking companies and digital payment platforms that allow debit transactions like an ATM. But nothing really caught our eye.

So we kept digging...

So we decided to find out where most weed farmers get the stuff they need to grow their crops. And to our surprise, one single company supplies much of the industry across the country, and even in international markets.

What was even better was that this company had recently become a division of a much larger, well-established global brand.

So, we had it. Our first investment in the legal cannabis industry. And it is a solid investment even without the pot link. It pays us steady income. It has a strong balance sheet. It has a diversified revenue stream that will keep pumping in billions even if the cannabis market disappears entirely.

Just three days ago, the company made an announcement that should have shaken the marijuana industry to its core. It just agreed to add another line to its growing portfolio of cannabis brands. And this purchase would effectively and immediately double the revenue from its cannabis-related businesses.

But the stock barely reacted. It popped a whole 1% that day. And it’s given back all that and more since.

I don’t think pot investors realize what just happened. This is a major company with major muscle to put behind its operations. And it’s now the number one U.S. supplier of hydroponic supplies used for growing most cannabis indoors.

The implications here are massive.

First, there’s the size of the industry in states where pot is already legal, for either medical or recreational use. That’s estimated to be around $35 billion in the next two years. That’s three times bigger than the NFL. 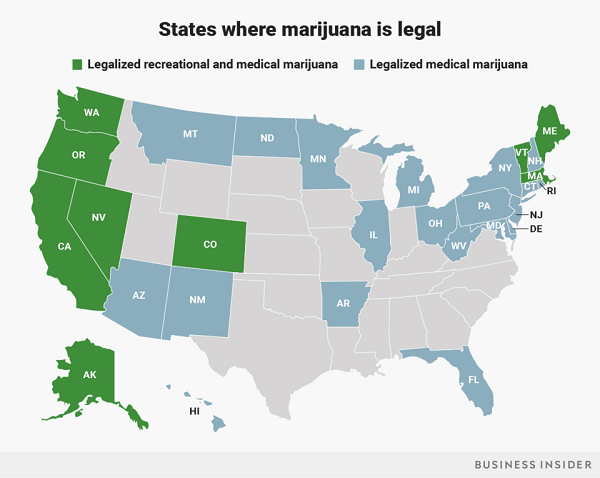 That’s right up there with alcohol and tobacco. Any company with that big a share of a market that huge is going to make massive amounts of money. It can become the pick-and-shovel seller of the green gold rush.

So, needless to say, we’re really excited. And we’re recommending our subscribers add shares before the market starts to understand exactly how big of a deal this acquisition was.

Get Ready for "Reefer Royalties"

Since we made that fateful first investment in the legal cannabis industry, Brit and I have guided our readers to more stable investments in the cannabis market that have the potential for massive growth for decades to come.

We’re building a portfolio of pot stocks that can fit into any retirement portfolio. It’s perfectly positioned to weather any ups and downs in this volatile market. It’s set up to pay us income to boost our profits and cushion any losses during bearish markets.

And as we’ve assembled the investments over the past months, it’s already started returning mountains of what we’re calling “Reefer Royalties” to our readers. Some folks have even doubled their money in just a few short months!

We’re putting the final investments together right now. And once we have everything lined up, we’re going to release it right here in Wealth Daily. That’s right — you’ll be the very first to be able to take advantage of this huge opportunity.

Well, technically you’ll be the second...

Current members of The Wealth Advisory nation will get immediate access.

We’re still a few weeks away from perfection. But trust me when I say this will be completely worth the wait.

And, just to whet your appetite for more pot profits and “Reefer Royalties,” I’ll give you one of the investments today:

That massive company that just doubled down on its cannabis investment is none other than lawn and garden behemoth Scotts Miracle-Gro (NYSE: SMG). And it’s poised to become the biggest cannabis company on the planet.

Getting in now assures you’ll be around to ride the lift all the way to the top of the mountain of profits this company is going to generate for decades to come.

So, keep your eyes out for our email about how to collect even more “Reefer Royalties.” You won’t want to miss out on the blockbuster gains we’ll be raking in.