Medical Marijuana in Massachusetts Marches On

I’ve been pounding the table for the past few weeks about the growing legal cannabis market and the massive profits to be had by early investors.

And I’ve gone out on a limb saying that this, 2018, is the year cannabis will win.

Seemingly every day, I get more and more affirmation that I’m right. This year is the tipping point. Marijuana will start the unalterable path toward full federal legalization.

Just this week, Massachusetts U.S. Attorney Andrew Lelling finally made clear that he’ll stay out of the legal cannabis market in that state. 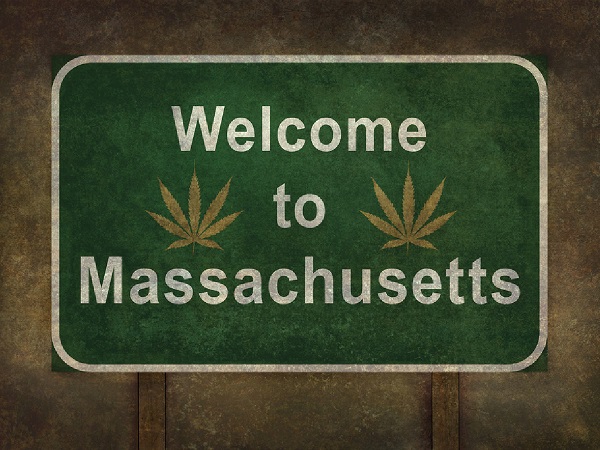 Lelling is a Trump appointee. And after AG Jeff Sessions threatened to revoke an Obama-era legislation that protected state-legal cannabis operations from federal intervention, Lelling did little to reassure the industry in Massachusetts.

He’s made it very clear that he’s not a fan of cannabis. And he’s said he has a “constitutional obligation to enforce the laws passed by Congress.”

He fears that legal marijuana will make it easier for young people to get their hands on the plant. You must be 21 to buy cannabis at a dispensary in MA, by the way. Just like alcohol.

But he finally let us know how he and his office will be dealing with the marijuana market in the state...

Mr. Lelling recently stated that while he does have that obligation to enforce federal laws, his office is more interested in stemming the massive opioid epidemic “that claims thousands of lives in the Commonwealth each year.”

He’s said that most of his resources will be directed toward combating that.

But he’ll still go after anyone taking advantage of the legal cannabis market for illegal gains.

So, if growers are overproducing and potentially selling on the black market or across state lines, he’ll investigate and prosecute.

If dispensaries are selling to minors, they’ll get shut down and their owners and operators will be treated like drug dealers.

If any cannabis operation uses its revenues to support any gang or organized crime syndicate, he’ll come down on them with the full power of the law like Giuliani in New York City.

But as long as Massachusetts’ cannabis companies operate within the guidelines of the state’s laws, they’re free to carry out business just like any other corporation.

It signals a huge win for cannabis. Even staunch opponents like Lelling are bending to the awesome might of this growing juggernaut.

And in time, the fears Lelling and others have about the legal market will be erased...

That’s because legal cannabis is a business. It’s not a bunch of dirty hippies in corduroy. The boardrooms don’t reek of pot and patchouli.

This is a serious business. People in suits run these companies.

These are businesspeople — men and women running a serious business with the same goal as every other business: make as much profit as possible.

Doing illegal dealings cuts into your profits. Just ask the big banks who got major fines for nefarious deeds during the mortgage crisis, or Wells Fargo right now.

So, these companies are on the up-and-up.

And as far as legalization making it easier for kids to get, that’s just laughable.

When I was a kid, it was far easier to get pot than it was to get cigarettes or beer.

To get cigs, you had to find a senior or someone’s older brother to go into the store and get them for you. And you had to buy him something, too.

Same with alcohol. But you couldn’t just ask one of your older buddies. You had to find a 21-year-old. And with no colleges nearby, that was a task.

But pot... you just called a buddy or asked one of the kids at school who sold it.

Think about that. The legal substances — cigarettes and alcohol — were way tougher to get than the illegal ones.

But when there’s a legal age and you can sell it to adults without breaking the law, there’s no motivation to sell to minors and risk fines and imprisonment.

As more and more states legalize medical and recreational cannabis, we’ll see all these fears eased. We’ll see that these are the Philip Morrises and Anheuser-Buschs of tomorrow, not the drug dealers of yesterday.

You all know I’m technically a millennial. I was born just at the start of that generation. But I don’t always identify with my generational cohorts. They’re all so much younger than me.

I remember our first computer. I remember dial-up internet being amazing. I remember waiting 15 minutes for a web page to load and thinking how fast it was. They don’t.

But I do still try and keep up with the lingo. All the acronyms can get confusing. I had no idea what FTW meant for the longest time. I actually thought it meant “f*** the world” for a while.

And that’s what I want you to get in on: the big win that’s coming.

You see, we’re still at the beginning of the cannabis rally. Sure, pot stocks have seen superb gains. But they’re nothing compared to what will come when the U.S. makes the move to legalize nationwide.

But once it’s a sure thing, the profits will be all gone. The stock market is forward-looking. It’s predictive. It prices things into stocks before they actually happen.

So the rally is going to happen leading up to and just after legalization. But the real profits are going to be had by those who get in now, at the bottom floor.

If you’re one of those investors interested in the market but still unsure and hesitant due to the risks involved, I’ve got the perfect cannabis company for you.

And it’s going to ensure you’re in for the win...

“The Best Pot Stock Ever”

This company is crucial to the success of the legal cannabis market.

But it doesn’t grow a single gram of the plant itself. It doesn’t sell it. It doesn’t process it into edibles, oils, and tinctures. It doesn’t even transport it.

But without the precious (and extremely limited) resource it provides, the cannabis industry couldn’t exist at all.

And best of all, it’s got a monopoly on the industry right now. It’s literally the only company providing this critical resource to the entire U.S. cannabis market.

As that market grows, so will this company. And by massive leaps.

Investors have already scored triple-digit gains in just a few short months. And the best is yet to come.

But what’s even better about this company is that it’s guaranteed to pay you for your investment. You’re likely to get massive stock gains, sure. But you’re also promised to be paid regular income every year.

In fact, the company is mandated by the federal government to share 90% of its pot-related profits with investors. So, there’s no getting around it.

The payments are so big and so steady that I’ve taken to calling them “reefer royalties.”

This is possibly the safest investment in the legal cannabis market. It’s certainly the best I’ve uncovered.

It’s so good, in fact, that when I told the founder of our company about it, he insisted I let him share it with all of you. And I’m not greedy. I want everyone to profit. It’s why I work here and write to you every week.

So of course I said yes. And he put together a compelling presentation all about the company and the potential profits to be had.

You could almost call it a proclamation, he’s so adamant this is the best marijuana investment he’s ever seen.

I’m imploring you to take some time and read what he has to say.

I can’t stress enough how important it is that you do it today.

Every second you delay could cost you thousands in profits.

I want you to be in for the win. So click here and get yourself exposed to what’s promising to be the biggest market rally of the decade — maybe of the century.

Act now so you can collect every cent of the profits you’re due.