He is Waiting - and Hoping - for the Worst

Sometimes I wonder if I am crazy, stupid, or what... 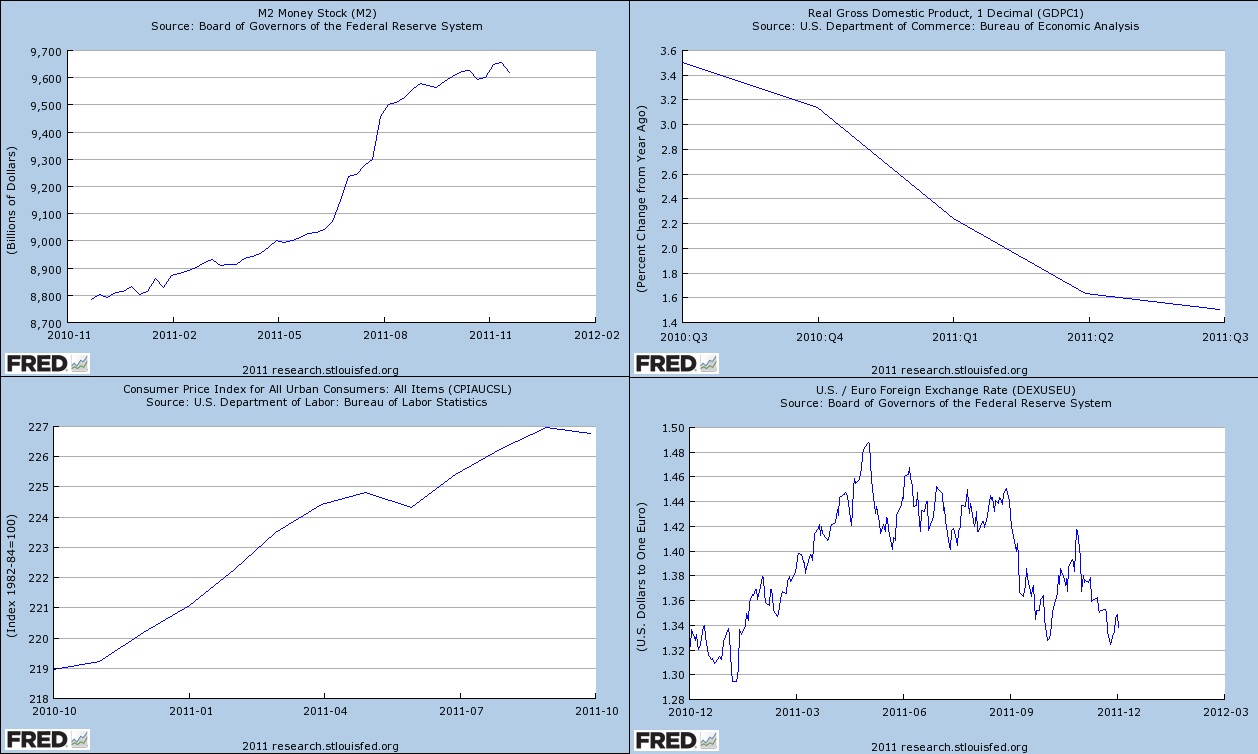 Surely I can't be the only guy who sees what's going down.

The Fed is burying us under a mountain of newly invented dollars.

I trot out chart after chart clearly demonstrating the inflation that inevitably follows...

I warn that the Wall Street wise guys are as crooked as a three dollar bill, parasites who create nothing of value and live only to suck up all this free currency like some kind of demented Dyson...

A Pox On All

And just when I'm about to throw up my hands and damn the world to its well-deserved fate, I read something from one of the heavy hitters out there that confirms every little paranoid suspicion — and then some!

That old loudmouthed stalwart, Jim Rogers (you know, the guy who cofounded the Quantum Fund with George Soros), weighs in on the value of Fed denials: "No matter what you've heard to the contrary, there is QE3, the Fed is pumping money into the system."

Rogers completely disregards the last six months' Fed statements: "They're lying to us. One reason the markets are holding up so well is that they are printing money as fast as they can."

I have received more than a few letters asking why I fight so hard on this.

Why don't I just lay down and accept — and indeed profit from — the fact that the market is being grossly manipulated?

I have one simple answer, and it ain't just about morals and scruples.

Quite frankly, I am not so high and mighty that I'll turn my nose up at an occasional triple-digit gain on someone else's pain and foolishness. But I wouldn't make it my life plan or such.

My problem with Wall Street and Washington's rampant fraud goes straight to the profit motive.

But I'll let Jim take the podium on this one:

"What the Federal Reserve is doing now is ruining an entire class of investors. By forcing rates down and keeping the economy on a flat line, the Fed could cause another lost generation of investments. Suffice it to say, vaporizing those who faithfully accumulated savings over the years is no way to restore confidence in our financial markets."

Short term, there is all sorts of coin to be had off these grand frauds.

For example, right now the markets are riding high on the American central bank's offer to fund Europe's banks for a few more days while Merkel and Sarkozy put in another week of nonstop meetings.

But let's stop for a moment and look at what must come out of all this: Germany is asking the nations of Europe to hand over the reins to sovereign policy. There's a very good chance that a few of those countries will balk and the deal won't go down as promised.

This might just spell the end of the euro.

But more likely, we see another round of cyclic "slosh," as businessmen and speculators rush from euros to dollars and back.

You could bet on a long dollar fund like the PowerShares DB 3x Long U.S. Dollar Index Futures ETN (NYSEArca: UUPT). UUPT picked up some 35% and 24% over during the last two rounds of euro-death panic.

Of course, you had damn well better be quick and get the details right. A little luck doesn't hurt, either...

(Even Jim Rogers claims to be lousy at timing these things.)

Because another round of lies and manipulation pushes all the lemmings even deeper into the euro. And it can hurt like the dickens when you get caught on the wrong side of one of these short-term bubbles. (I'm thinking John Corzine-MF Global type pain here.)

At last check, they are still looking for a missing $1.2 billion. And rumor has it former Goldman CEO/NJ Governor/U.S. Senator/and perhaps future penitentiary resident Corzine will plead the Fifth Amendment to any questions that don't come with an offer of complete immunity.

Which brings us back to the long term.

Right now, these bandits are flying high on record profits extracted from a moribund economy.

The economy may be dead-flat, but Washington's flood of free money will in all probability allow Wall Street to scarf up its biggest holiday bonuses ever. And quite frankly, they don't give a rat's behind that no one else is sharing in this booty.

However, grand larceny is simply not a scalable business plan. Already, we are seeing both the Tea Party on the right and OWS types on the left glare angrily as their future disappears into Cayman Island-numbered accounts.

Jim Rogers claims things will eventually get so bad that Americans will finally vote for real change and economic progress.

In the meantime, he is long commodities and currencies and short emerging market stocks, U.S. technology stocks, and European stocks.

His logic? He wins if the economy turns up due to commodity scarcity...

And if the economy remains weak, Rogers' short positions will more than offset his long positions.

Pretty damn close to how we are handling things in my Blue Chip Trader portfolio: long-term short overall with short-term hedging calls to keep us in the game while the fraudsters slip and slide about.

So maybe I'm not so crazy after all.