Is Coronavirus Breaking the Internet?

Written by Jason Williams
Posted May 1, 2020

With much of the nation locked in our homes, internet traffic has exploded across the U.S. But the network most of us are using was never designed to handle this much traffic.

And when you live in rural America, your problems get compounded by the fact that the communications infrastructure you’re working with is built with tech that’s several generations old.

"The fact that things are holding up reasonably well so far doesn't mean it will remain so," said Harold Feld, an SVP at Public Knowledge, the consumer advocacy group. "The fact is that we're putting a lot of pressure on a system that wasn't designed to take it."

In Europe, the government has already asked companies to limit speeds for streaming services in order to protect bandwidth for essential operations. The U.S. hasn’t gone that far, yet, but it may have to.

At AT&T, the story was similar. Wireless voice calls were up 44%. WiFi calling was up 88%. And it saw all-time highs in data traffic from streaming service Netflix.

Cloudflare, a company that provides cloud-based networking and cybersecurity services, said that it had seen network usage increase as much as 40% in Seattle, where the coronavirus first broke out in the U.S.

Google’s streaming site, YouTube, said that it would reduce its video quality from high to standard definition across the globe. Microsoft’s Xbox requested that gaming companies introduce updates and new releases only at certain times to prevent network congestion.

Internet service providers like Comcast, Verizon, and AT&T have been building out their networks for years to cover increasing demand. But company officials said they had never seen such a steep, sudden surge.

And all that extra use is still taking a toll on the networks. Median download speeds dropped 38% in San Jose, Calif. and 24% in New York according to Broadband Now, the consumer broadband research site.

The Need for Speed

You see, most internet connections in the country were built to send information in one direction — downstream. So those using cable and DSL are on networks built for downloads. That’s great if all you’re doing is streaming movies while you’re stuck at home. But if you need to send data out, say in a video conference, your DSL leaves you SOL.

I’ve got the fastest residential internet package Comcast (or “Concast” as some know it) offers. Its top upload speed: a whopping 10 Mbps. I can’t get more even if I offer to pay for it (which I did).

Mobile wireless networks, fixed networks in rural areas, and satellite broadband all suffer from the same capacity constraints as cable and DSL. It’s so bad that Verizon, AT&T, and T-Mobile got together and struck a deal with Dish network, the satellite TV company, to “borrow” its unused wireless spectrum to help boost their network capacity.

But even last-ditch efforts like that are still leaving millions without the networks they need. Like Pete Mitchell, we’ve got the need for speed. But we need it in both directions…

5G and Fiber to the Rescue

5G is going to help ease the congestion on our networks, but it can’t come to the rescue without its land-locked sister, fiber optics. And that’s one of the reasons we’re seeing its full launch delayed so long.

The country simply doesn’t have the fiber network necessary for 5G to work. You see, in order for us to be able to store all the data needed and created on a 5G network that wireless network needs to be connected to server farms — that’s where your data lives and it’s also known as the cloud.

But the only way to connect to the servers that allow the data to be transferred fast enough is by using fiber optic cables. Verizon, AT&T, Comcast, and many others have their own networks of these cables. But as you can guess by the first half of this article, they’re not that big.

Most of the country uses old cable or DSL networks. And those are basically useless for 5G.

But there’s one small company that’s got a nationwide fiber network. And because of that, it’s also got contracts with all three major wireless carriers — AT&T, Verizon, and T-Mobile.

They all know that the secret sauce, so to speak, for the best and biggest 5G network is hidden in this company’s massive fiber network.

Just how massive is this network? Well, it dwarfs the networks of all three carriers and the cable companies, like Comcast and Cox, combined.

Yeah, all their fiber added together is still far less than this unknown company owns. 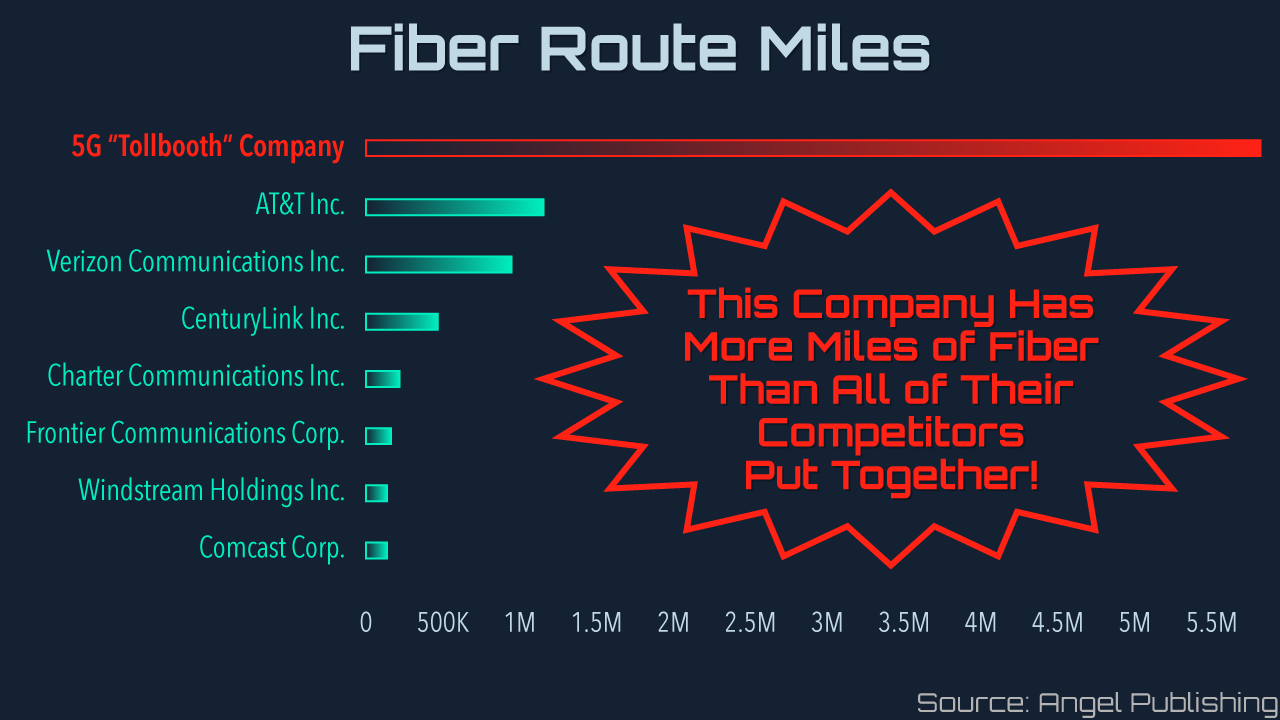 That’s over 6 million miles of fiber network for those companies to get their 5G networks up and running on.

And if you look at a map of the cities with 5G wireless already, you can’t help but notice that every single one of them is on this company’s fiber network. 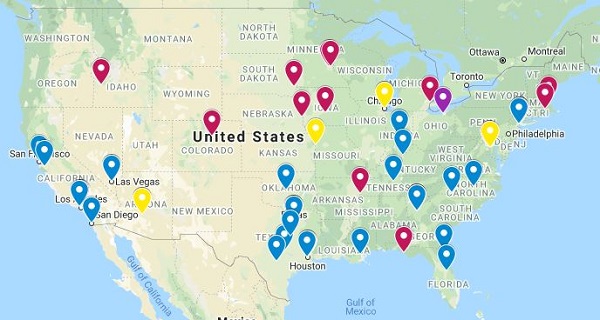 Those are all the cities with active 5G networks of some kind. And this is a map of the "5G Tollbooth’s" fiber network: 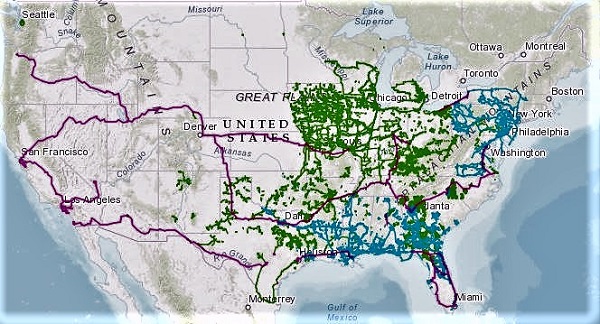 Coincidence? I think not…

Priming for a Massive Rally

As I said before, this is still a relatively small and unknown company. But that’s not going to last. And the cat may already be out of the bag…

Since last Monday, shares of the 5G Tollbooth have shot up a good 50% while the broader market tries to decide whether it’s in a bull run or a bear trap.

But these shares are still extremely inexpensive and incredibly undervalued, even after this massive run they’ve had the past few days. You can still pick them up for less than $10.

And you’ll have the potential to ride them to quadruple-digit gains. Plus, you’ll be entitled to a share of all the “tolls” it collects from companies wanting to use its network.

It’s a no brainer. Buy the stock and collect cash as it grows right along with the U.S. 5G network that coronavirus has shown we so desperately need.

It’s practically the patriotic thing to do. And you could make yourself a small (or large) fortune in the process.

Click here to get all the details on how this little company has the whole 5G industry by the cojones and how it can make you a whole lotta dinero.

You can thank me later.