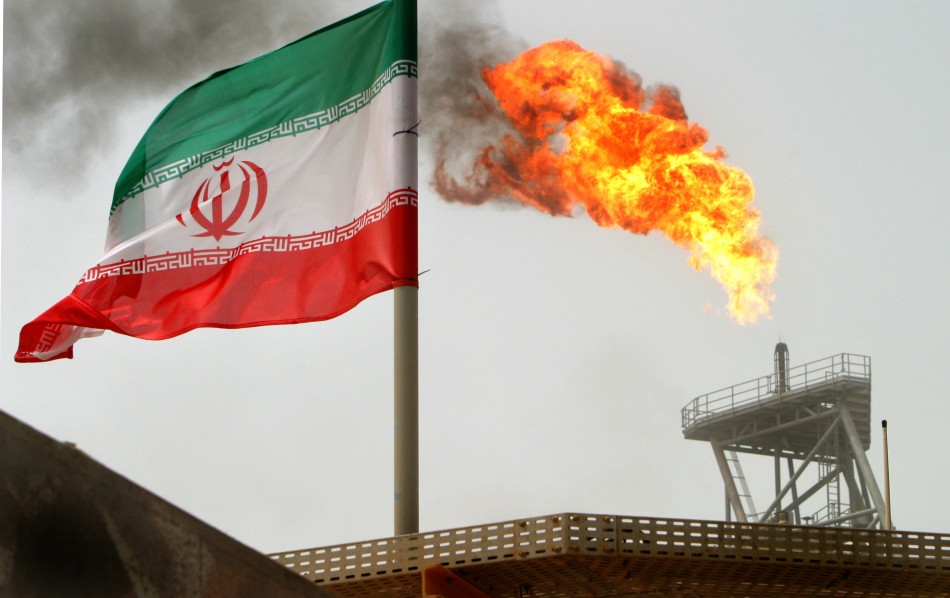 The price of oil has gone from over $100 per barrel to just over $40 per barrel in under 2 years. You could say this was a bubble that went bust.

In other parts of the world, lower oil prices have drastically hurt entire countries that heavily depend on the sale of oil. Venezuela is a basket case, but this has more to do with its socialist policies than it does lower oil prices.

Russia has been hurt by lower oil prices and lower commodity prices in general, although perhaps not as much as other major oil producers. Russia has had a bigger problem with its currency.

The obvious losers in regards to lower oil prices are certain countries in the Middle East. It is interesting that it was Saudi Arabia credited for (or blamed for) OPEC not cutting back on oil production. Some speculated that Saudi Arabia was purposely trying to drive prices lower so as to drive shale oil production out of business. But Saudi Arabia has been hurt significantly by the lower oil prices because the lower prices – at least compared to a couple of years ago – have stayed low.

Interestingly, Iran is getting back into full swing in the oil business. The Iranian government is hoping that international sanctions will be removed in the coming months and it is looking at possible oil and gas projects to optimize production.

In fact, the Iranian government just hosted a conference to entice international investors to invest in Iran’s energy sector. The government says it is looking to get tens of billions of dollars in capital investment.

Part of the Iranian contracts – which would still require western oil companies to partner with local Iranian oil companies – would allow production to be sold abroad, which could make it a more profitable venture. In other words, while the oil sector of Iran is owned and controlled by the government, the government is still having to seek private investment to maximize production and maximize profits. It is not exactly capitalism, but it is a step in the right direction.

When the U.S. went to war with Iraq (both times), some people said it was for oil. This included proponents for the wars and critics for the wars. Maybe this was a reason for the U.S. government going to war, but it is not a good reason. It does not make any economic sense.

In the case of Iraq, some people claimed (and still do) that a guy like Saddam Hussein can’t control all of that oil because the rest of the world (especially Americans) are so dependent on oil. Of course, this doesn’t explain why the House of Saud is allowed to control an even greater amount of oil.

This argument doesn’t make any economic sense because any country with oil is not going to sit on it. It would take a really bitter and self-destructive group of people to do this.

You could have the worst dictator in the world sitting on a bunch of oil, but it isn’t going to do him any good unless he uses it or sells it. In the case of Iraq, the country obviously is not going to put all of the oil in direct use for its own energy.

You can’t eat oil. The only use that Saddam Hussein had (or anyone else has) with oil – aside from actually using it – is selling it. And they can’t force anyone to buy it. They can only make money off of oil by selling it at market prices.

The Iranian government is made up of a bunch of Keynesians. The economic policies there look like California on steroids. The Iranian economy has also been heavily damaged by the sanctions.

But look at the case with oil. Even though the Iranian government controls the oil, it is forced to turn to global trade and international contracts to make good use of it. It is even going so far as to offer major profit incentives to attract capital investment now, and many European and Asian oil companies are considering it. In other words, the politicians in Iran want what politicians all over want – to make money. The oil does no good sitting in the ground.

Maybe these developments will be the start of a more free market economy in Iran. This would be highly beneficial to the 77 million people living there. Open and free trade is beneficial for all parties.

A long time ago, it was said that when goods don’t cross borders, soldiers will. Let’s hope for open and free trade with the Iranian people. Over the long term, this will undermine the Iranian government. It will be forced to adapt to the will of its people, who generally want an open and friendly relationship with the west.

If Exxon Mobil or any oil and gas companies want to do business in Iran, they should be free to do so. This would be a positive development towards peace, and it would also help keep gas prices down at the pump.