Get Ready for Major Yukon Gold Profits this Year

There are about 80 mineral deposits with official gold resources or reserves in the Yukon today.

But there are another 2,700 known mineral occurrences in the region that have not been thoroughly explored with modern technologies.

So the full scale of the Yukon's gold resources is yet to be revealed...

But we could be looking at up to 200 million ounces of gold — worth over $275 billion today.

You see, beginning with the great Klondike Gold Rush in 1896, a total of over 15 to 20 million ounces of gold have been produced from the Yukon Territory.

This gold is what is known as placer gold, which is panned out of loose soil in streams and rivers. 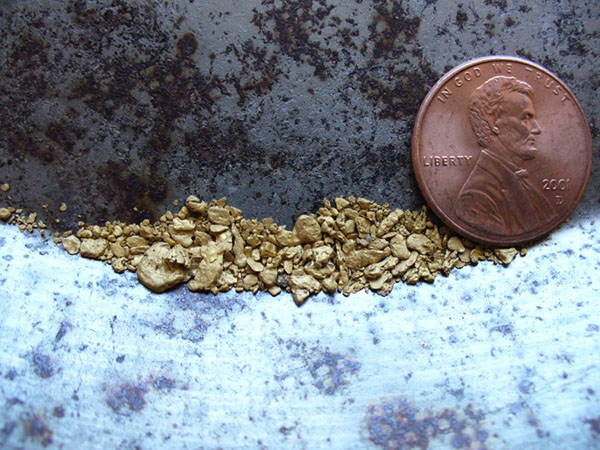 These little chips of gold always come of a larger source, called the mother lode.

Geologists typically agree that the mother lode is typically ten times larger than the total number of ounces recovered from placer mining.

That means the Yukon's mother lode could contain between 150 to 200 million ounces of gold!

This incredible treasure trove has evaded geologists for decades. But now, brand-new discoveries of large gold deposits the Yukon have sparked the excitement of geologists around the world.

And a whole new rush to discover gold in the Yukon Territory is surging once again.

The buzz around Yukon gold is quickly accelerating. And the Yukon's gold industry is getting more media attention than ever.

Experts believe the Yukon may become a new global hub for gold exploration, development, and mining in the years to come.

For investors, the Yukon Territory represents the opportunity to be a part of the historic development and discovery of one of the world's greatest-known major gold systems. And it means several shots at big money.

But it might be just a little too early to start investing too heavily just yet...

You see, due to the extreme cold and frozen ground of the Yukon's long winters, gold exploration in this region is limited to the summer months after the ground has thawed.

Thus, exploration companies are currently limited in their ability to further develop Yukon gold projects. And progress will pretty much be put on hold until May or June.

That usually means a decrease in the amount of new developments and quieted excitement surrounding companies and projects.

So a better time to start getting into Yukon gold stocks may be right before the 2011 summer exploration season will begin — about March or April.

But, of course, we want to keep you ahead of the curve here at Wealth Daily...

Some gold exploration companies with Yukon projects have planned for the winter lull in development by staking claims in other warmer regions.

For example, a junior gold company may spend the summer months focusing exploration on its Yukon gold projects and spend the winter months exploring a project in Mexico.

In next week's Wealth Daily, I will be highlighting one such company.

This small junior mining company is catching the eye of many new investors, and could become a major player in the Yukon — as well as have high success with their gold projects in Latin America.

So keep an eye on your inbox for that report next Friday.