Sugar-Saturated Americans Turning away from Cola

Health-conscious consumers are slowly taking over the American food and beverage industries. 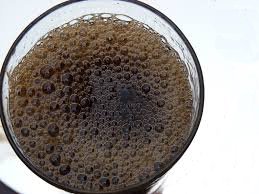 There was a time when people ran to fast food and sodas, but now, they are running as far as possible from them. Companies that made their mark with unhealthy foods and beverages are the ones that are suffering now.

The Coca-Cola Company (NYSE: KO) is one of them. According to Beverage Digest’s annual report, sales of carbonated soft drinks fell three percent last year. This is the largest drop the industry has seen on top of steady declines for the past two years.

In 2011, sales dropped one percent, and in 2012, sales fell further by 1.2 percent. With the decline in sales come declines in profits for soda giants such as Coca-Cola Company and Pepsico.

In the last year, Coca-Cola has dropped 1.58 percent in value.

Diet sodas were being marketed as healthier, and while that worked for a while, but now that’s over.

About a decade ago we saw a lot more people turning to diet soda, thinking that it’s a healthier alternative to regular soda. Really in the past five years, people have become more aware of consuming artificial sweeteners and overall soda sales are declining.

People around the world are focused on healthier foods and drinks, so if they're not drinking soda, it tends to be something much less sugary. The healthiest drink is water, and it appears to be replacing sodas in the American marketplace.

Americans drank about 38.6 gallons of soda per capita in 2013, which looks like a lot, but that’s a significant drop considering consumption was up to 42.1 gallons in 2008.

In 1998, Americans drank more soda than they ever did, at about 54 gallons per capita that year, according to the Associated Press.

Back then, water took a backseat to soda. Americans consumed 42 gallons of water per capita that year.
Now, Beverage Digest says American consumers have increased their water intake by 38 percent, drinking 58 gallons of water a year.

Still water is really only part of the equation. Americans, it appears, are developing a taste for sparkling water too.

According to market research firm IRI, a small company based in the Pacific Northwest called Talking Rain saw its sparkling water sales double in a single year to $302.4 million.

The turn toward the universal solvent has helped Nestle SA (OTC: NSRGY) a great deal, and the sparkling trend could help even more.

Stock in the world leader in food and beverages has risen 27.36 percent over the last two years, with 7.01 percent in the last year.

Unlike Coca-Cola and PepsiCo (NYSE: PEP), Nestle has no sugary soft drinks in its vast portfolio of products, and Its product line includes the popular sparkling water brands Perrier and San Pellegrino.

The company also jumped on the health bandwagon by including nutritional value information with a “Nutritional Compass” on products and coming out with new foods and drinks manufactured to help people suffering from illnesses and those trying to prevent them.

The company’s goal is to become the world’s leader in nutrition, health and wellness products.

Though it's an over the counter trade, Nestle looks like a buy right now, as it’s positioned to continue to rise in value as the sparkling water trend moves through middle America.

By the same token, PepsiCo may not be a bad move either. Wait a minute – that doesn’t make sense, right?
It depends on how you look at the future of soda companies.

Coca-Cola already has Dasani, Glaceau Smart Water, and several sparkling water drink brands in Europe, but their sales aren’t doing much. Since these markets are dominated by ten mega conglomerates who control hundreds of brands each, this is a battle for consumer mindshare. Americans want healthier products that also carry an air of quality. As such, certain brands lack the necessary appeal.

Smart Water, for example, is Coca Cola’s premium water brand, but it fails to reach the levels of the more prestigious “boutique” bottled waters.

PepsiCo recently announced that it is coming out with a premium bottled water called “Qua.” The new product was given out at the Golden Globes, and it's going to be test marketed in California this summer. Pepsi is still working on its image, the company wants this to be its version of Perrier.

What should you invest in now?

Nestle's portfolio is well-placed, and it's likely see good profits from the incremental rise in revenue.

Meanwhile, Coca-Cola, PepsiCo, and SodaStream (NASDAQ: SODA) are all seeing depressed sales, and their product lines aren't in line with the trend. SodaStream, the youngest of the bunch, saw its stock explode in 2010 and then crash in value in mid-2011. That cycle repeated in 2013 with a big rise up to over $70, and then a fall to below $40.

SodaStream has posted its third straight quarterly loss, and its shares are still beaten down. The company is growing, but at half of its forecasted rate. The company deals in the niche market of home-bottled carbonated beverages which comprises a meager 2 percent of American households. Coca-Cola is rumored to be working on a similar home soda appliance which has caused a great deal of uncertainty about the company.