Last week we discussed why now, more than ever, you should own silver as an important precious metal investment.

We talked about price ratios, diminishing global supply, government hoarding, and the recent trend of investors buying the precious metal up like there's no tomorrow.

But now, I want to get more specific.

Because while it's good to know that silver investment demand has gone up 522% since 2007 — or that above-ground silver supplies dropped by 83% in the last 2 years — none of this information is going to help you make better decisions in investing.

However, a unique opportunity just crossed my desk that I think could turn out to be one of my biggest winners of the year. It's a newly-formed junior silver company that could be sitting on one of the largest silver deposits in Mexico. Here's the full story...

Geography is one of the most important aspects of silver exploration, development, and production.

The reason for this has to do with everything from politics and infrastructural development to local wage standards and even the dietary habits of laborers.

Without getting into the details of why a high-fat, carbohydrate-rich diet (like the kind prevalent in much of Latin America) is conducive to long, efficient work days, I will say this...

Now, to many of you, this may come as no surprise.

After all, Mexico has been famous for silver production for over five centuries now — with cities like Taxco and Zacatecas known globally not just for silver mining, but for jewelry as well. 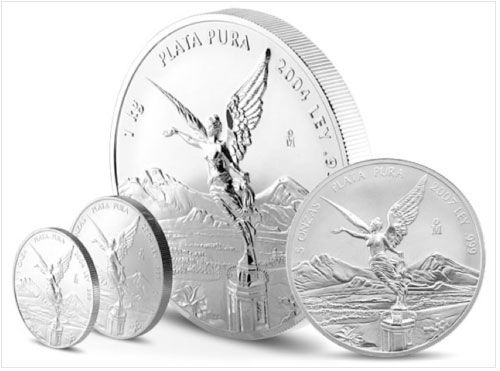 As industrial consumption and fears of global economic hardship send investment demand through the roof, a new generation of junior silver companies are buying up property across Mexico to tap into what may be the biggest silver bull market ever.

There's one in particular that I want to tell you about today... A company that really stands out among Mexico's large silver sector.

This company is a newly-formed junior exploration firm that is still well under the radar of most investors. It's focused on the discovery of large-scale silver and base metal deposits in what are known in modern geology as carbonate replacement deposits.

These types of large mineral deposits are responsible for the production of 4 billion ounces of silver in Mexico, 40% of the country's total silver output.

The largest carbonate replacement deposit in Mexico — and in the world — is the Santa Eulalia Mine in the state of Chihuahua.

Santa Eulalia has produced over 500 million ounces of silver, worth nearly $10 billion today.

Examples of other large carbonate replacement silver deposits in Mexico include:

As carbonate replacement deposits, the company's projects may contain sizable mineral resources. And right now, they're putting all the pieces together to form what could be...

The company recently recovered rock samples that tested to have a very high silver content.

And right now, the new company is drill-testing its projects for the first time in history, which could prove to be the catalyst that drives share prices much higher in the coming weeks and months.

One of their properties encompasses 21,500 acres in Coahuila State, just down the road from the capital city of Saltillo; another property with 20,800 acres is located in Chihuahua state.

With over 40,000 acres of geologically favorable property, the company has the potential to make a discovery that would follow in the footsteps of the Santa Eulalia Mine in Chihuahua, which has produced over $8 billion in silver to date.

For a company this small (it's currently trading at 42 cents, with a market cap of just $7 million), even a small silver discovery could lead to significant investment gain.

A success of that magnitude would mean thousands of percent gains for shareholders who hold the stock today. But to this company's management team, it would be just another in a long and distinguished track record.

Officially headquartered in Vancouver, this company's management team has over 100 collective years of mining experience under its belt.

Their geological consultant alone has been responsible for over $3 billion worth of mineral discoveries around the world including gold, silver, uranium, and other metals.

This outfit has been designed from the ground up to be a perfect melding of location, aggressive low-risk exploration, blue sky potential, and managerial assets.

To learn more about this unique opportunity, follow this link.