Investing in Copper and Platinum

It’s not the end of the road for the multi-year commodities run. Just a rest stop along the way. The next 3 to 5 years look more positive than many investors think. 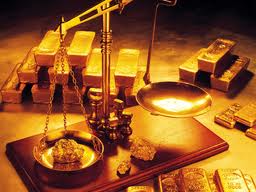 This is the gist of Catherine Raw’s view, co-manager of BlackRock Inc.’s (NYSE:BLK) $12 billion World Mining Fund. In an interview with Bloomberg on April 16th, Raw expressed her expectation of increased demand for precious and base metals alike over the next several years, with a consequential rise in prices.

In both cases, Raw identifies the recent sell-off in metals as “completely out of perspective and more of a panic event rather than something fundamental”.

Acknowledging that the demand for base metals will be softer this year, Raw gauges investor sentiment as “pretty pessimistic” over China’s annual growth having slowed to 7-8% and “a bit nervous” over still-shaky U.S. growth.

Yet she sees this softer demand already accounted for in today’s lower base metals prices. She considers iron ore’s price as having stabilized at $140 per ton, kept there by the high cost of production.

Metals producers have “still a lot of potential to surprise to the upside”, Raw points out. Despite recent pull-backs, commodity prices still remain high enough to enable miners to generate free cash flow and deliver value to their shareholders.

Although high copper inventories are keeping the copper market well supplied this year, supply is expected to fall short of demand over the next years to come, ultimately depleting stockpiles and driving up prices.

“In terms of new supply coming online over the next couple of years,” Raw addresses, “we’re just not seeing where that supply is going to come from.”

China’s slowed growth is really no cause for concern over copper’s demand, as 7-8% per year is still considered a robust expansion.

“Even if you think the economy is maturing,” Raw expands, “you’re still going to need a lot of copper” in such applications as electrification, wired goods, automobiles, and power generation equipment. “All of these things make copper one of those commodities where demand looks really quite good.”

Supply constraints in the platinum and palladium markets have caught Raw’s attention as well.

“There is very little growth as a result of the structural problems” in South Africa, she points out, citing wage inflation, aging mines and production stoppages from labor strikes. And Russia, for its part, is not exporting as much palladium as it once used to.

The demand for the two metals, although “muted” at present, is expected to rise in China and the U.S.—especially in light of the recent improvement in US auto sales, which suggests increasing auto production going forward. The auto market is one of the largest markets for platinum and palladium.

The combination of constrained supply and increasing demand for the PGMs makes for a “really good dynamic when you look at the next 3 to 5 years as to the way those prices could evolve,” she assesses.

The recent retracement of gold to levels not seen in 3 years can be attributed mainly to the failure of inflation to materialize and to premature speculation that the U.S. Federal Reserve will end quantitative easing later this year.

“But longer term,” Raw redirects our thinking, “when you look at the kinds of decisions that are being made by governments, it’s all about stimulus, it’s all about trying to get economies to grow, and they are desperate to avoid deflation. So for us, the probability of inflation over the next 5 years is higher not lower than it was last year.”

Add to that the continuing loss of buying power through weakening currencies and the still difficult credit situation in Europe. “When you look at those broader views,” Raw summarizes, “the outlook for gold for us is really positive over the long term.”

Downplaying fears of a chain-reaction of European central banks dumping their gold onto the market en mass, Raw cautions investors to keep it in perspective. An agreement among Europe’s cental banks limits the total amount of gold that can be sold collectively to just 400 tons per year, which is not enough to pull the floor out from under the gold price.

An Eye On Costs

By Catherine Raw’s criteria, investors should look at commodities with producers operating at high cost levels. Then, within that high-cost commodity space, pick those producers who are managing to operate at lower cost levels than their peers.

Another criterion is “tangible evidence of delivery”, as Raw describes it. It involves going through the numbers, seeing if costs are being cut, and finding a track record of increasing operating efficiency. All companies say they will trim their operating costs, but they need to show they have begun doing it.

If investors remain calm and rational through all the turmoil currently befalling the metals industry, they will likely find some profitable prospects in the fragments others have left behind.

Catherine Raw and her team at BlackRock have certainly not been swayed out of the metals space. Iron ore, copper, platinum, palladium, and gold still make their list of great investment opportunities.

The choices available to investors are continually growing:

If you know the commodity you are investing in will remain in demand over the long term, any short term softening of that demand today can only be seen as a buying opportunity for tomorrow.

After a shake-out of the weaker positions, those that remain will be poised for increased gains from an improved supply/demand ratio. As lower prices reduce supply, even the slightest rise in demand can push prices up more quickly than mines can ramp up operations to fill the supply gap.