Investing in Anti-Aging Technology: The Holy Grail of Stock Picks?

One of the benefits of writing about stocks for a living is that the bigger your following gets, the less groundwork you have to do when seeking out investment opportunities.

When I first dove into this business nearly a decade ago, I was entirely on my own as far as research was concerned. But today, people reach out to me with their own stock tips and ideas on a regular basis. I still do plenty of my own digging, of course, but it never hurts to have the extra tips rolling in.

More often than not, these ideas admittedly end up being underwhelming and, in some cases, just plain bad. I once had a guy pitch me an artificially intelligent owl figurine with a projector coming out of its eye sockets. I was about as perplexed by the bull case as you are right now.

Every so often, though, someone hits me up with a tip that just blows me away — the kind of investment opportunity that makes you excited for the next 10 or 20 years.

Recently, I received a correspondence regarding such an investment. What was being presented to me seemed unbelievable at first; my immediate reaction was to write it off as a matter of hyperbole, but after doing a bit of research, I was very surprised by the findings.

What tip did this person send my way exactly? Well, they pointed me to a truly groundbreaking new kind of medicine — one that could effectively reverse the aging process in the human body.

You read that right.

Like I said, it sounds totally ridiculous, and the truth is I’ve heard the same kind of claims before. Only this time, I came to find out that this was backed up by real science...

We’re all familiar with the age-old mythology of the Fountain of Youth: A magical spring that turns back the biological clock for anyone who bathes in it.

The concept itself permeates across many cultures, whether we’re talking about the search for the Holy Grail or Shangri-La. The mere existence of these myths could lead one to believe that eternal youth is no more than an unobtainable fantasy, but is it really?

Let’s consider the historical average lifespan of humans. As late as 1900, the world average life expectancy at birth was just 31 years. Today, that number has already more than doubled to 72 years.

Right now, there are over half a dozen people over 110 years of age in the U.S. alone and hundreds more worldwide. Anyone who passes this mark is known as a supercentenarian. The oldest living supercentenarian right now is Kane Tanaka, clocking in at 117 years.

Tanaka’s home country of Japan seems to be a hotspot for supercentenarians these days, and provides us with a very interesting outlook on human longevity. In 1991, the country had just 10 supercentenarians. By 2015, that number increased to 146.

Incredibly, the United Nations has indicated that there will be 3.7 million centenarians (people over the age 100) worldwide by 2050. A century ago, you were lucky enough to live to be 40.

It may be strange to even consider, but if the average human life expectancy has roughly doubled in the last hundred years and the number of centenarians/supercentenarians is exploding, then it’s far from fantasy to believe that we can’t just continue raising the ceiling. It’s arguable, in fact, that there is no true limit on human life expectancy: We just need the science and technology to get there.

Aubrey de Grey is the Chief Science Officer of the SENS Research Foundation and a biomedical gerontologist (someone who studies aging). He has stirred up some waves with the claim that there are already people alive today who will end up reaching 1,000 years of age. Some of those people, he says, may already be in their 50s.

Now, I don’t know if Aubrey de Grey is right about people reaching 1,000 years old, but based on current trends, I don’t think it’s out of the realm of possibility. At the very least, I think that many of us will live to see someone hit 200 in our lifetimes.

Trends are one thing, but what really has me convinced about all this is a recent development in anti-aging research. Perhaps the most compelling argument comes in the form of this picture of two mice I was recently forwarded: 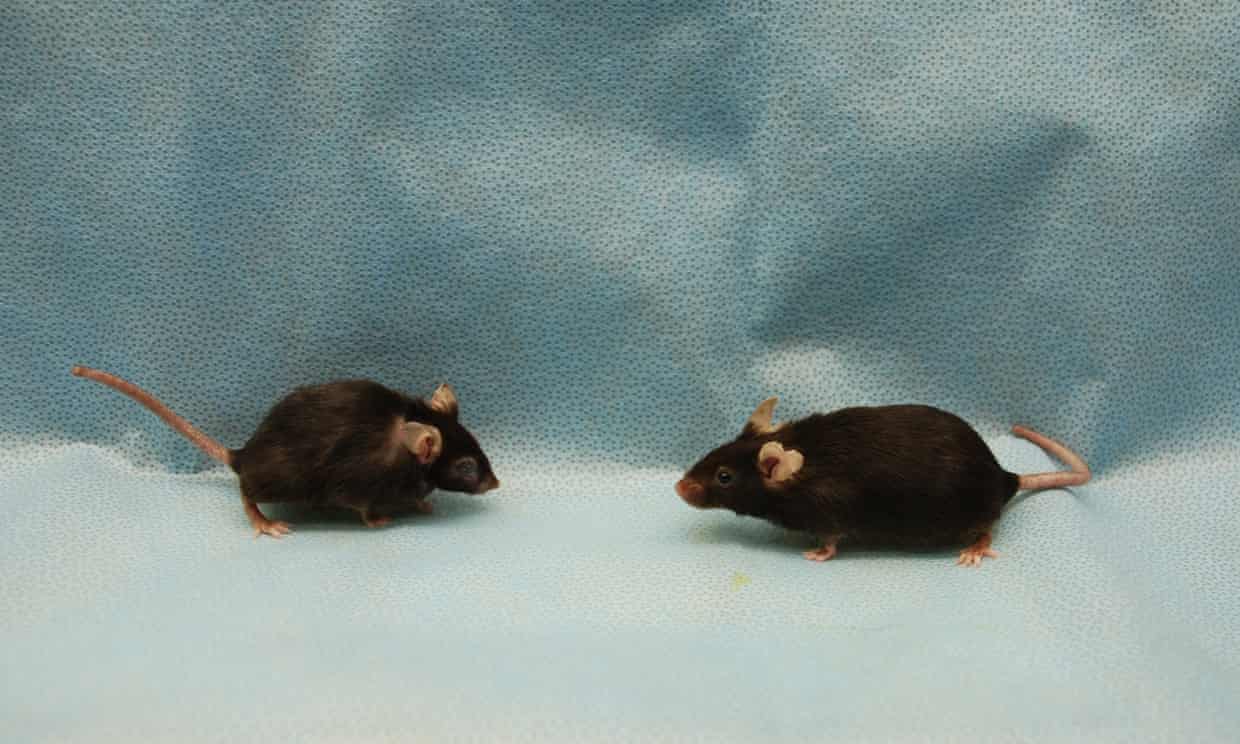 As you can see, we have two drastically different looking mice in this picture. The crazy part, though, is that they’re genetically identical and were raised in the same environment. They’re also the same age.

The only difference between these two mice is that one of them received a placebo while the other received an experimental kind of medication known as senolytics. Senolytics effectively destroys old, dying cells, allowing your body to create brand new ones.

Now, obviously there’s more detail to the science than just that, but does it really even matter? All you need to do is ask yourself which of these mice received the real medicine and which didn’t. I’m betting you can guess.

It goes without saying, this is absolutely astonishing science. Of course, we don’t yet know if it translates to the human body, but even if there’s a 10% chance it does, isn’t that worth pursuing as an investor? One can only imagine the riches of being an early investor in the companies behind this technology.

That being said, we’re putting together a detailed presentation on this new medical breakthrough that could honestly be the investment opportunity of the century. If you’re interested in learning more, feel free to send us your feedback. We'll have more details coming your way shortly.