How to Disrupt an $11 TRILLION Market

That’s the number of British thermal units (or Btu) the world is expected to consume in the year 2050.

For comparison, in 2000, the world consumed a combined 406 quadrillion Btu.

Back then, the world was spending about $4.3 trillion for the 406 quadrillion Btu it was consuming.

So if we’re looking at that demand more than doubling off those 2000 numbers, we’re talking about the cost of that energy soaring even higher.

That’s a HUGE market! And it’s RIPE for disruption…

But I Thought Renewable Energy Was Big!

You might not realize it thanks to all the cheerleading about growth in renewable energy, but the vast majority of the worlds power comes from coal, oil, and natural gas. 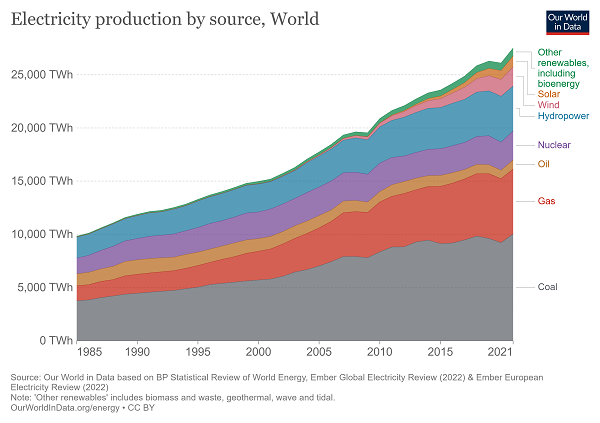 Solar, wind, and hydro power all make up a tiny silver of the supply that meets our ever-growing demand.

And batteries aren’t even mentioned — because they don’t generate energy, they just store it.

So there’s a massive opportunity waiting for the company that can come up with a fuel source that can rival coal, oil, and natural gas.

That opportunity gets more interesting when you realize that aside from industrial consumption, transportation uses the most energy…

So What About EVs?

It gets even more interesting when you realize that most of the transportation innovations we’re seeing companies research and develop are just ways to store and release energy.

Well, that person or company would command the lion’s share of what’s growing into an $11.5 TRILLION market.

And there are a couple of companies out there trying to figure it out and “build a better mousetrap.”

Some are working with hydrogen fuel cells. But those are just another way to store energy that you generated somewhere else. They’re also a little dangerous, as they can explode... 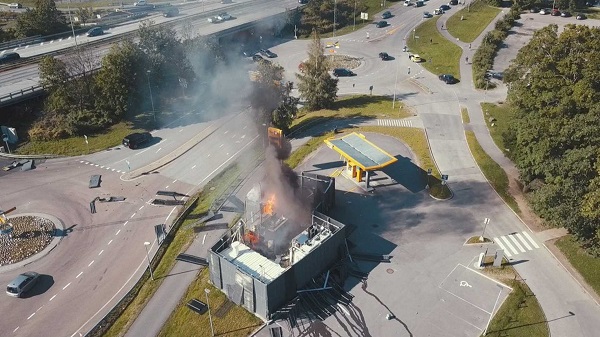 Others are talking about using miniature nuclear reactors to power our cars and trucks. But I’m sure you can imagine the backlash they’re getting.

He called it the “Oil Killer” when he first told me about it, and you know that moniker caught my attention.

So he did. He’d found this company helmed by a former NASA engineer that was decades further along than anyone else when it came to alternative fuel sources.

You see, this idea has been in the works for close to 100 years, but it's finally ready for a full-scale launch to the public.

And as soon as that happens, Alex is convinced (and I am too) that this company’s stock price will absolutely skyrocket.

That’s because what this company will debut is an unlimited supply of cheap zero-emission fuel.

And you already know I’m not talking about some kind of new battery. Nor am I talking about nuclear power or hydrogen fuel cells.

This company’s developed a completely new type of fuel that provides more power than gasoline, has more range than the best battery on the market, and creates ZERO harmful greenhouse gas emissions.

It’s kind of like the Holy Grail of energy production. And the company that owns the patents is still flying under the radar.

But that’s not going to last for long. Once this company starts up full-scale production, every investor out there is going to be falling over themselves to get on board.

That’s why I want you to hear what Alex uncovered and learn how to get yourself invested now, BEFORE the profits come rolling in.

So take a few minutes of your time today (or over the weekend) to check out his presentation or read his report.

Then you’ll be set to sit back and smile as this company dominates the transportation fuel sector.

And I’ll be back on Monday with more ways to pad your portfolio with profits.