How to Profit from America's Next Oil Boom

Few would like to admit it, but the history of the modern world is written largely in oil.

From the Allied victory in World War II to the never-ending struggles in the Middle East, the quest for crude oil can be found at the center of it all.

You may not have read about it in your history textbooks, but trust me — oil has always been there lurking as the story behind the story.

And if you read between the lines, you'll find it everywhere you look. Dark and gooey, it is the single common thread that binds the world as we know it.

The oil industry's roots are found in the Quaker State, otherwise known as Pennsylvania. It was there in 1859 that Edwin Drake first tried out a new invention, changing the world in the process.

His brainstorm? To drive a pipe down the well to keep the hole from caving in.

Pay dirt for Colonel Drake came 70 feet beneath the surface in Titusville, making him the first person to ever successfully drill for oil.

With that single well, the Pennsylvania oil rush was born.

Speculators from all over the place gobbled up land in the name of crude. One of them was a guy you might have heard of. His name was John D. Rockefeller, Sr. — the world's first billionaire.

Some 152 years later, a similar new technology called horizontal fracking is having the same exact effect in areas like the Marcellus Shale, the Barnett Shale, and the Bakken Formation, to name a few. 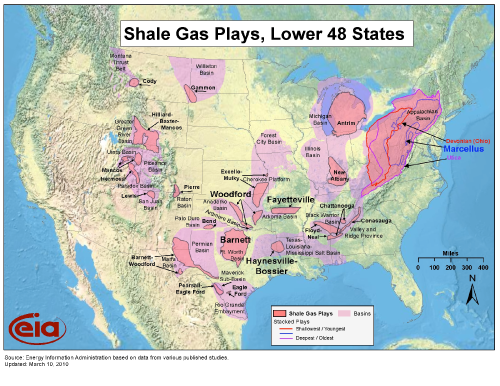 This all began with another guy you've probably never heard of.

His name is Richard L. Findley. A geologist and wildcatter by trade, Findley unlocked the oil and gas from the Bakken formation long after Royal Dutch Shell, Gulf Oil, and Texaco Co. had packed up their gear and abandoned the site.

That left a mother lode of oil and gas that had yet to be pumped, leaving billions of dollars underground.

They'd missed an underground river of high-quality crude that was, according to Findley's estimation, 50 miles long and 12 miles wide.

The bigger question, though, was how to actually get at it...

Working with Lyco Energy Corp. and the drilling expertise of Halliburton, the Findley group finally managed to solve that puzzle, too. In May 2000, they cashed in using computer-controlled rigs, horizontal drilling techniques, and hydraulic fracturing.

The rest, as they say, is history.

Today, North Dakota is pumping about 350,000 barrels of crude per day — or annual production of about 110 million barrels. That's up from the 79.7 million barrels produced in 2009, and more than double the amount produced less than three years ago.

Horizontal fracturing coaxes oil out of rock. But don't think for a minute this process is as easy as sticking a straw in the ground and watching the crude come out...

Once mapped, a formation is drilled vertically first and then horizontally into the target layers rather than through them; that gives the well access to thousands of feet of resource rather than the hundreds of feet typically encountered in a vertical well.

The next step is the key...

Shale is a "tight rock", making it difficult to extract without some serious help. As a result, the rock itself needs to be fractured or cracked all along the well before the oil or natural gas can flow from it.

In hydraulic fracturing, a fluid and sand mixture is injected into the well under very high pressure. That causes the fissures in the rock to shatter, sort of like a broken windshield. That not only releases the oil and gas; but it also gives it a path to the production well.

Once fractured, a "propping agent" such as sand or ceramic beads is pumped into the fractures to keep them from closing up once the pumping pressure is released.

The end result is an oil or gas well that can basically print money if the combination of these techniques is successful.

That's what Richard Findley and his partners ended up with in their Elm Coulee site ten years ago.

Since then, the area is believed to contain some 250 million barrels of oil — making it the biggest find in the lower 48 states in the last 56 years.

But you don't necessarily have to own a part of the Elm Coulee to turn a profit on this one. That's because “tight rock” is being fractured all over the world now as the race for new crude continues.

In fact one study shows wells fractured with ceramic proppant in the Haynesville Shale had a 20% increase in production after 12 months compared to those fractured with resin-coated sand...

That means more profit for producers factoring in the higher cost of the proppant.

Carbo Ceramics' products, as a result, have been in high demand — causing their share price to jump 248% off of the lows: 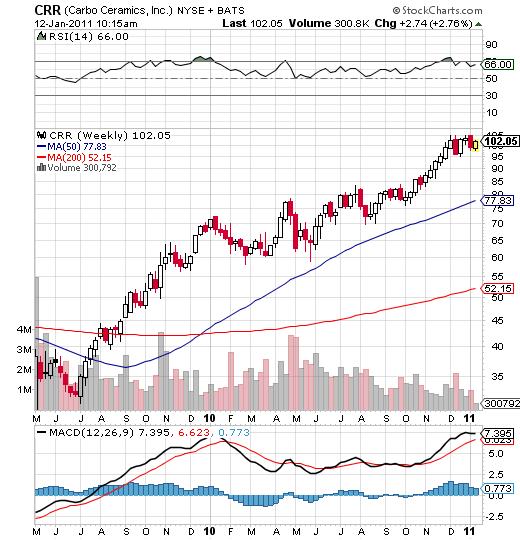 Another way to play the brewing oil boom is with a company we've discovered that has developed a new method of horizontal fracturing...

This method is considerably less destructive to the environment, is currently being used at 236 drill sites in North America, and is poised for massive gains.

As for Edwin Drake, he never did make much money for his troubles. He failed to patent his new drilling technique and missed out on a fortune.

However, others earned a bundle on what he discovered... And you can join them with an investment in the bright new future of oil production.

After all, the world still only runs on one thing these days.

And that thing is oil.