Has the Last Domino Finally Dropped for Federal Cannabis Reform?

It was a historic meeting, and the mood in the room was one rarely seen these days.

“Marijuana decriminalization may be one of the very few issues upon which bipartisan agreement can still be reached in this session. It ought to be crystal clear to everyone that our laws have not accomplished their goals,” Rep. Tom McClintock, R-California, said as he set the tone for yesterday's meeting of the House Judiciary Subcommittee on Crime, Terrorism and Homeland Security.

In a time when disagreement, discord, and open hostilities characterize national politics on both the federal and state levels, one issue seems to stand apart, giving the combatants a rare common ground.

That issue, of course, is cannabis prohibition reform.

Despite the ongoing, unresolved questions regarding state/federal law enforcement, one thing is clear: federal reform is coming soon.

Today, marijuana is fully legal, for both the medicinal and recreational markets, in more states than it's fully illegal — an historic milestone in and of itself.

Incredibly enough, nine more states are expected to pass legalization laws in 2019, according to Forbes magazine.

But nothing illustrates the confusing nature of the federal government's relationship with cannabis better than the cannabis laws of the District of Columbia itself, where full legalization was passed into law back in 2014.

The federal wheels turn at a famously slow rate, but make no mistake: The momentum is picking up, and the direction is clear.

Right now, analysts are predicting full federal reform before the end of the next presidential cycle, meaning it will likely be Trump himself who will pull the final lever on the machine.

Despite traditional conservative disdain for cannabis in all of its forms, the passage of federal reform laws will be a virtual slam dunk, as a full two-thirds of Americans now support legalization.

Some see it as a step toward social and racial equality, as arrests and incarceration for marijuana possession have historically been grossly out of balance for various minorities, both in frequency and in severity.

Some see it as a massive business opportunity that can be either tapped into or wasted, citing the success of the Colorado cannabis market, which recently crossed the $1 billion-a-year mark for the first time.

Either way, the path forward is clear: If you're not already living in a cannabis-legal state, chances are you will be by the middle of the next decade.

For investors, this creates an interesting problem.

The cannabis market has been stagnating recently, a state of affairs that can be readily observed by looking at some of the industry's most prominent weather vanes.

Canopy Growth (NYSE: CGC), the $12 billion giant and the talk of the financial world last year, grew more than 200% in its first 11 months on the New York Stock Exchange but has since shed more than 30% and doesn't seem to want to go anywhere. 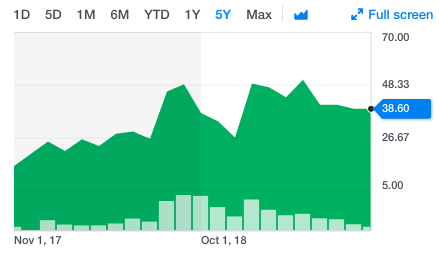 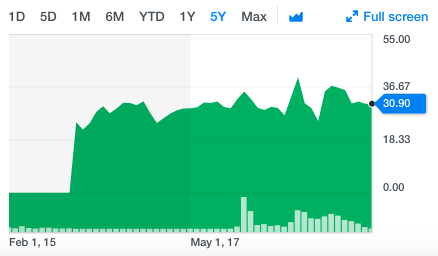 With no direction, but a clear picture of what the future is going to look like, where should investors be going to take full advantage?

The answer is: to the next generation of big players.

Federal reform, regardless of the attitude it takes with state laws, will allow this market to blossom to levels currently unthinkable.

Which means many of the tiny, unheard-of operations out there will rise to the ranks of the multibillion-dollar giants like Canopy, Tilray (NASDAQ: TLRY), and Aphria (NYSE: APHA).

But how do you spot them now, while they're still just tadpoles in an ever-expanding pond?

Well, there are some criteria that set apart your typical run-of-the-mill growth operations from the companies that will develop into major brand names that garner mainstream institutional investment attention.

The first and most important thing to look for in a company is operations at multiple links on the supply chain.

In an environment as competitive as this one, only companies that take the product from production to distribution are the most likely to find long-term growth potential.

Companies operating in multiple countries and working with multiple partners will stand out even further as the trend repeats itself abroad, opening up even more already-established market share to legal business.

I've scoured the lists for one company that checks all these boxes, along with one final box, just to maximize my long-term profit potential...

This company had to be smaller than $100 million by current market capitalization.

I came up with only one result.