Gold is Still a Hedge Against Disaster 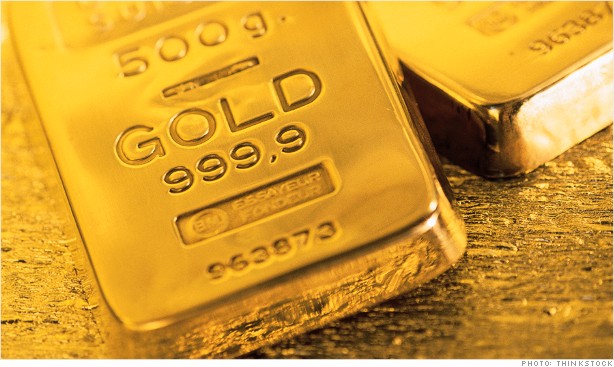 Morgan Stanley is saying that the price of gold could plunge to as low as $800 per ounce. With problems in China and an anticipation of rate hikes coming from the Fed, we are seeing more bearish calls on gold.

We have to take this seriously coming from Morgan Stanley. This is a big player in financial markets and the predictions from analysts should carry some weight. It is not quite Goldman Sachs, but still close enough.

It’s not that I respect the big banks and financial institutions or take investment advice from them. But when Morgan Stanley says that gold could drop to $800, we should at least consider the arguments.

This isn’t so much a prediction from Morgan Stanley, but more of a worst-case scenario for gold investors. If we continue to see a perfect storm of events, then it could come to fruition.

With things in Greece calming down and collapsing stocks in China, there is certainly less demand for gold at the moment. While I don’t think the Fed’s hiking of the federal funds rate is that big of a deal – if it even happens – it is still weighing on the minds of some investors.

Gold has taken a hit lately, falling to below $1,100 per ounce. This is after staying in a fairly narrow trading range near $1,200 for quite some time. There is definitely a more bearish sentiment for gold these days, so it is not surprising that some analysts are calling for it to go even lower.

Curiously, one thing Morgan Stanley is not emphasizing is the possibility of recession in the United States. There is a lot of talk about a major economic downturn in China now.

The other big question is the strength of the U.S. dollar. If the dollar continues to strengthen, then it makes Morgan Stanley’s outlook more likely. We have to remember that the gold price in terms of dollars is partially a reflection of the dollar itself. For example, gold priced in euros is actually slightly up over the last year.

The Most Likely Cause

It is interesting that the big players in the financial markets almost never predict a major recession or a collapsing stock market. Do you remember any big institutions predicting major trouble prior to the fall of 2008?

I have heard warnings about a 10% correction in stocks, but they all end up being bullish at the end, saying we need a healthy correction to resume the upswing.

But Morgan Stanley doesn’t want to predict any bad news for the economy. It has no problem making bearish calls for gold though.

An economic downturn like we saw in 2008 might be enough to knock gold down to those levels. It would probably mean an even stronger dollar in the short run and a decrease in demand for commodities across the board. In tough economic times, there is usually a rush for liquidity. About the only things that do well are cash and bonds, unless you take short positions on stocks.

One thing I have tried to emphasize is that if we do hit a major economic downturn, the Fed will likely start creating money out of thin air again. It probably won’t hesitate much because the price inflation numbers are still relatively low.

Therefore, I think any major fall for gold at this point isn’t going to last long because the Fed will step in and blow up another bubble.

Either way, we should always have a core part of our portfolio in gold and gold-related investments. These are not for speculation and short-term trades. They are for hedging against disaster and dollar depreciation. They are there for diversification.

In this sense, it shouldn’t matter too much what the price of gold does in the short term. Are you really going to sell if it hits $800? If that is the case, you might as well sell now.

Actually, the price matters in the near term if you want to buy some gold. If you are just starting out or looking to add to your portfolio, then a further drop in price is something you should actually want, if you are disciplined enough to buy.

If you are looking to buy gold though, you probably shouldn’t base your decision of when to buy based on some analysts at Morgan Stanley. It is cheap enough now that you can buy now. You can always keep some cash on the sidelines and add to your position if the price does happen to go below $1,000.