Getting High on Pot Stocks with OrganiGram (OTCBB: OGRMF) 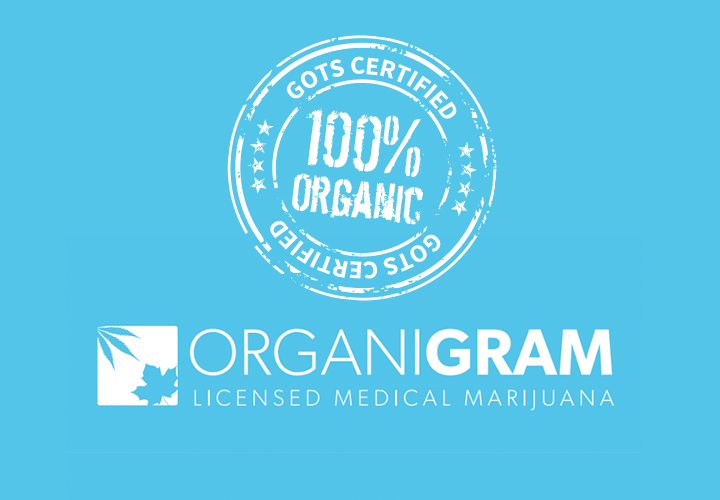 Growing up, I was a bit of a square.

I never drank or did drugs. I never stayed out beyond curfew, and I rarely got anything less than a B on my report cards.

I was everything my parents wanted me to be: A good, loyal, well-disciplined young lady. And I was bored out of my mind.

Like a lot of other girls my age, when I got to college, I broke out of my shell.

I became more sociable, I got drunk at frat parties and smoked pot with my sorority sisters. I let my hair down, and I had never been happier.

Of course, you can't live your entire life like a college kid. Eventually the novelty of the craziness wore off, and I found myself more interested in my anthropology and finance classes than I did in chasing boys and getting hammered.

Certainly my parents were pleased, and even more so after I decided to go to law school. By that time, I was in my groove. I had big plans to save the world, make loads of money and travel the globe.

Although I haven't saved the world just yet, two out of three ain't bad.

Truth is, I've been very fortunate and very successful in my short 34 years. And I don't plan on sleeping much for the next 34. There are still plenty of things I need to accomplish, and there will be plenty of time for sleep once I'm dead.

In the meantime, I continue to reach for the stars. And while my parents are happy I've turned into such a well-rounded, successful individual, I still carry a secret with me from my days at college …

Don't get me wrong. It's not like I sit around all day smoking pot. But I typically cap off my days with a little herb. And I make no apologies for this. Marijuana has not held me back from anything. In fact, it's really helped keep me in check – ensuring that my entire life isn't spent behind a desk, overwhelmed by stress and fear. That's no way to live. And apparently, I'm a part of a growing community of white collar working women giving new meaning to “high heels.”

A huge benefit of being a cannabis connoisseur is that marijuana laws affect me personally, and therefore I'm quite knowledgeable about them. It's actually this knowledge that has helped me successfully navigate the world of pot stocks over the past year or so.

Although most pot stocks are giant heaping mounds of fly magnet, with the few remaining decent ones living and dying by the will of useless politicians, I do have a knack for sizing these bad boys up.

My biggest gain from pot profiteering in 2014 came from Hemp, Inc. (OTCBB: HEMP). I got in at around $0.06 in anticipation of changes in marijuana legislation, and jumped out at $0.17 less than a month later. In all honesty, that quick spike in February, 2014 was definitely an unexpected gift. Not just for me, but for every day trader out there. At least the ones with enough sense to play pot stocks. And like the rest of them, I had no intention of sticking around to see if I could get a bigger slice of that pie. I took the money, and ran. Today, HEMP sits at around $0.03.

In 2015, there will be plenty more pot stocks to choose from. Yes, most will still be little more than meaningless names, old shells and P.O. boxes, but don't lose sight of the one or two that could prove to be good for some quick trading action.

I particularly love the organic aspect as more and more medical marijuana patients are requesting marijuana that hasn't been exposed to harmful pesticides. After all, if you're combating a disease, the last thing you want is a quick delivery system of chemicals that could exacerbate your condition.

Some of the benefits of the company's organic growing system include:

Right now the company is actively expanding its grow rooms as it's already reached its production cap. There's actually a waiting list to sign up now.

Like most pot stocks, this thing is about 60% off its 52-week high right now. It's not swimming in a pool of capital and it's relatively unloved by most conservative investors. However, it's looking like it's about to pick up about $4 million in a new private placement at a price of $0.85. That right there is about a 30% speculative opportunity.

OrganiGram probably won't make you stinking rich on a quick trade, and going long on any pot stock is an exercise in extreme speculation. But unlike a lot of other pot stocks, this is a viable company that's built a better mousetrap in the world of producing and delivering medical marijuana. I like it, and I'm going to put a couple of chips down in anticipation of the company closing that private placement.