Everything Is Rising… Especially Anger

Three weeks ago tomorrow, I loaded up the family in our giant Toyota Sequoia at 3:30 a.m. and drove off to our Florida vacation home on the island.

It was a "cannonball" trip — a straight shot for 17 hours, stopping only for gas and restroom breaks. My kids and the dog slept nearly the entire time.

Traffic on I-95 was light. Some road work slowed us down in South Carolina.

But when we reached the Florida border, we were greeted by a COVID-19 checkpoint, the only state to have one on our drive.

When we reached the checkpoint, the officer asked where I was driving from.

He waved us through.

They were stopping people with license plates from hot spots like New York and New Jersey. And we saw a ton of plates from those states driving south.

Once in Florida, it was a different world from the one I had experienced for three months up north on lockdown.

Florida traffic was heavy. I usually complain about stop-and-go traffic. But this time, it was refreshing.

Honestly, Florida felt normal. It was as if nothing had changed. Retail stores were open and busy. Restaurants were slammed (even at 50% capacity.) In fact, the day after we arrived, we went straight to a restaurant. The place was packed — as was every other nearby restaurant. And we’ve been to six more restaurants since.

But what really gave me hope were the beaches and the boaters. 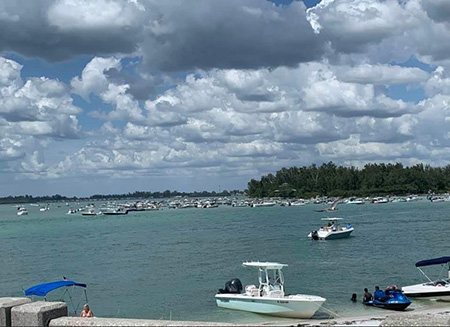 For the first time in three months I saw genuine happiness. My children were finally laughing, playing, and smiling.

But it’s coming to an end. Tomorrow we head back. Doctors’ appointments that were scheduled in March, April, and May have been rescheduled for this month and July.

And I’m a little concerned about the drive.

I’ve been watching the riots for the past five days, and watching protesters blocking roads and major highways and dragging people out of their vehicles. It doesn’t get much more major on the East Coast than I-95.

Unfortunately, I think Thomas Hobbes is about to pay a visit to the United States, meaning the situation on the ground is about to get worse.

We won’t know for some time if this nationwide lockdown was a good idea. I was skeptical from the get go.

Because you simply can’t lock away an entire population for months without there being some serious, dreadful consequences.

Over 40 million Americans have lost their jobs in the past three months. And they’ve been stuck inside. All of that pent up energy and anxiety was a powder keg waiting for a spark. They got it.

Moreover, I fear the real health crisis is coming after COVID-19 in the form of suicides, depression, drug overdoses, and alcohol abuse... all of which have already started moving significantly higher, and will last for years.

These 40 million Americans aren’t going to suddenly go back to work this month or next month or the month after that.

We are stuck with chronic unemployment… along with a tsunami of bankruptcies.

And of course we now have nationwide riots that have spread just as fast as the virus itself.

It’s all been predictable.

And the one thing that gives me hope is the stock market.

The stock market is the greatest discounting entity ever conceived, meaning it sees the future better than Nostradamus. That doesn’t mean it’s infallible.

But since March 23 (the day the market bottomed), stocks have been in a super rally. We have had over two months of unbelievable gains.

In fact, this has been the best quarter for investment returns of my entire career. 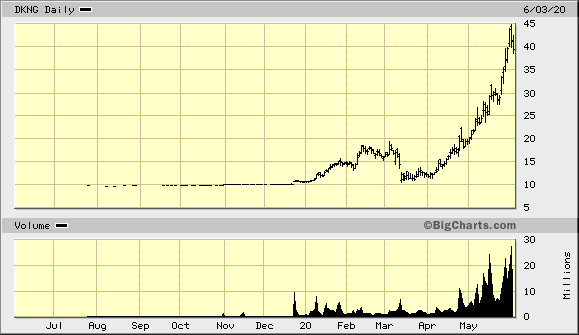 What does all of this mean? Well historically it’s meant that the stock market likes what it sees in the future.

As of this writing, the NASDAQ is 142 points away from an all-time high. I’ll take what the market gives me. To do otherwise would be dumb. 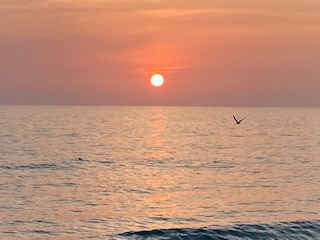