Ethereum-NEO Battle: Which Is the Better Currency?

I don't know about you, but I'm a fan of Game of Thrones. And one of the things that I love about the show is its uncanny ability to dole out brutal life advice.

One such piece of advice still resonates with me today: "When you play the game of thrones, you win or you die. There is no middle ground."

Even if you aren't a GoT fan, the message is clear: You either triumph or you fail.

In digital currency, I find that most investors seem to take a similar stance.

Personally, I'm a strong believer in a multiple digital currency world. This means I have faith that a few dominant digital currencies with utility will rise to the top. And that those without potential (scams, half-baked ideas, mimic coins) will disappear.

This is a view held by many others, including the head of the Blockchain company, Peter Smith, who commented to Fortune regarding the cryptocurrency form that "will eventually win out":

It's likely that another one or two dominant ones we haven’t seen yet in the market. Another really dominant coin could come out this year or next year.

Members of the digital currency world also have this conviction. This includes Ethereum creator, Vitalik Buterin, who took to Twitter yesterday to talk about a multiple token world: 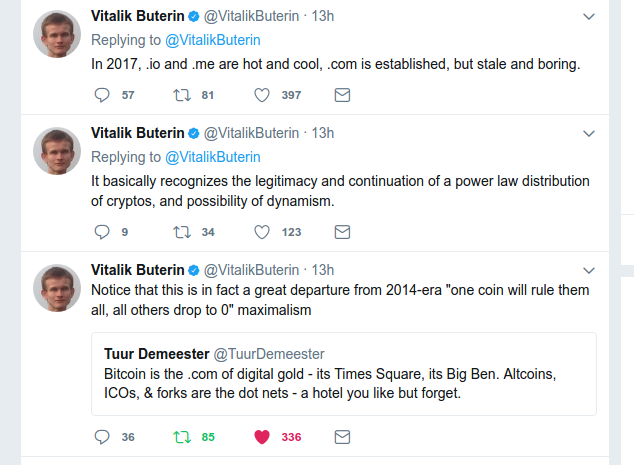 In their eyes, we are at the start of a revolution, with many digital currencies eventually being on the market.

This being said, I admit that some digital currencies are very similar to one another. If two tokens are trying to meet one need, it engages them in a dangerous power dance. Just look at Bitcoin (BTC) and Bitcoin Cash (BCH) — twins fated to duel each other for dominance.

Now, Ethereum is in a similar situation, except its competition isn't Ethereum Classic (ETC).

It's NEO. In the past weeks, the rebranded version of Antshares has become a market favorite. Part of this stems from an aggressive marketing campaign where a group of volunteers translated NEO's white papers into dozens of languages.

These translations helped audiences that were previously blocked by the language barrier understand NEO and its technical similarities to Ethereum.

And those technical similarities place NEO in line for Ethereum's throne. 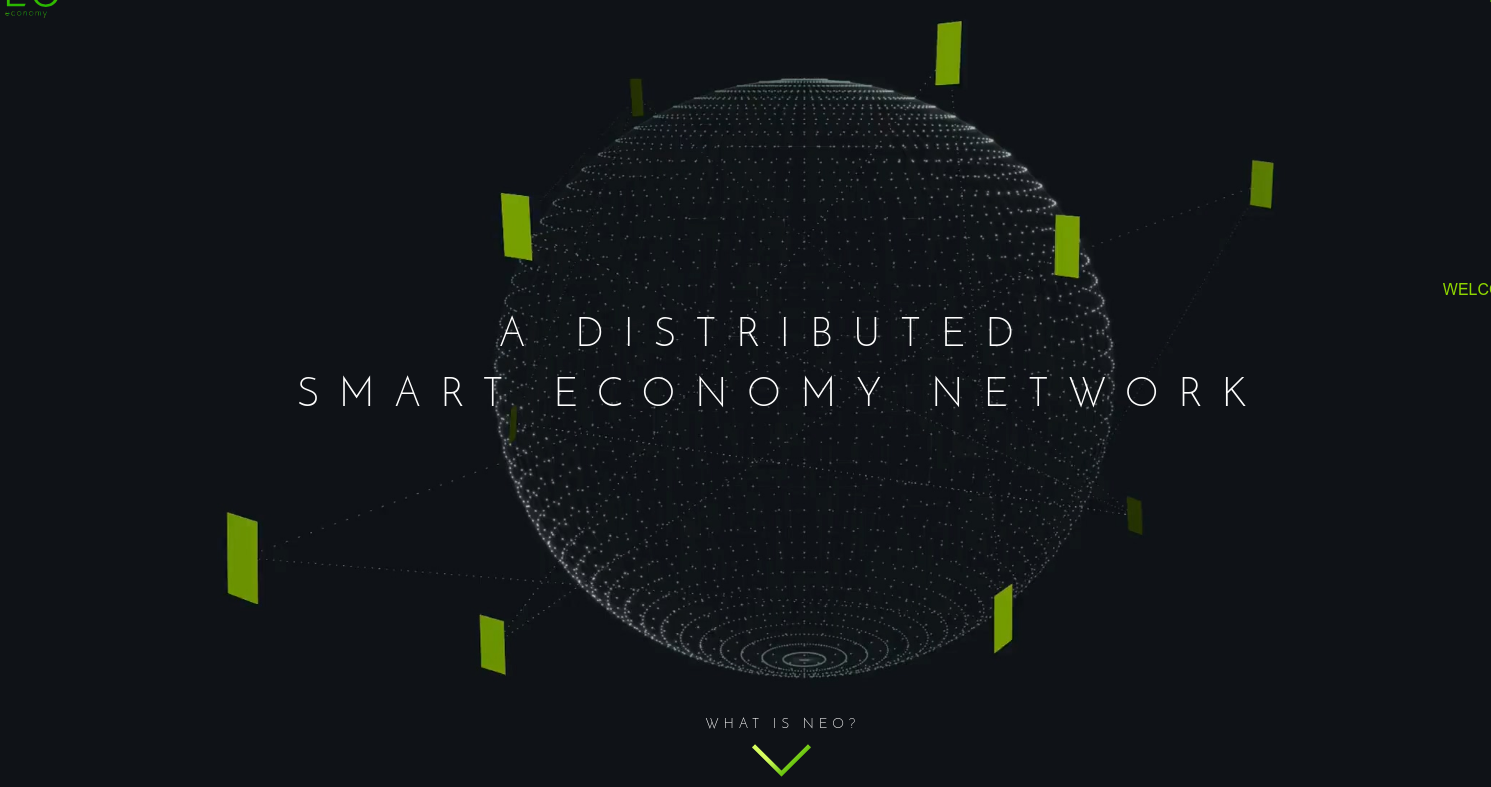 So, the best place to start is to examine why these digital currencies are similar. If you follow Wealth Daily's blog posts, you are probably very familiar with Ethereum.

But you might not be as familiar with NEO. We published an article about it last week, which you can view here.

It's true that these digital currencies are fairly similar, which is why NEO is often referred to as the "Ethereum of China."

NEO and Ethereum are both open-source blockchain projects, with the ability to execute smart contracts or decentralized apps (dapps).

Both currencies have managed to drum up massive corporate support.

Ethereum has backing from the Enterprise Ethereum Alliance (EEA), a group of 150 corporations that are devoted to developing Ethereum. This alliance includes big players like Microsoft, Intel, MasterCard, and Thomas Reuters.

NEO has managed to gather its own loyal following. On its website, the digital token claims backing from big players in China, including e-commerce giant Alibaba. It's also working on projects with a handful of blockchain startups and the giant research company Red Pulse.

How Are NEO and Ethereum Different?

Despite the similarities above, NEO and Ethereum have a few key differences...

Being compatible with multiple languages could help NEO when it comes to mass adoption. When asked about this issue, Vitalik Buterin seemed unbothered, stating "more [coding] languges will come" to the Ethereum network.

Beyond that, NEO has patched some of the holes that allow Ether contracts to be vulnerable to hackers.

Since covering NEO last week, the digital token has doubled in value. It jumped from $19 to a high of nearly $50. No one can scoff at doubling their investment in under a week.

It's clear that investors have confidence in this technology. And regardless of whether it will supplant Ethereum, NEO certainly has traits that make it capable of holding its own in the digital currency market.

So, Will NEO Steal Ethereum's Crown?

The truth is no one knows. It's hard to make calls in the digital currency world since investing success is often coupled with media coverage and hype.

A good example is the Bitcoin-Litecoin debacle.

Bitcoin doesn't have better technology than Litecoin. Yet, Bitcoin is worth over $4,000; Litecoin is sitting in the $40s.

That being said, NEO has made incredible leaps in the past year. The technology appears sound and the corporate backing is strong. It's a digital currency that Wealth Daily's team is keeping an eye on.

If you are interested in investing in NEO, you can purchase it on Bittrex.

If you are interested in getting more involved with the digital currency world, make sure to sign up to receive our free e-letter. We are launching a digital currency newsletter in September, and you can receive timely updates via our daily mailings.

Until then, be sure to check out our introductory guides to cryptocurrencies:

Best of luck with your investments.