When I was growing up in the late 1980s, I, along with about one out of every three other elementary school-aged boys living in America, had a poster just like this one hanging on my bedroom wall: 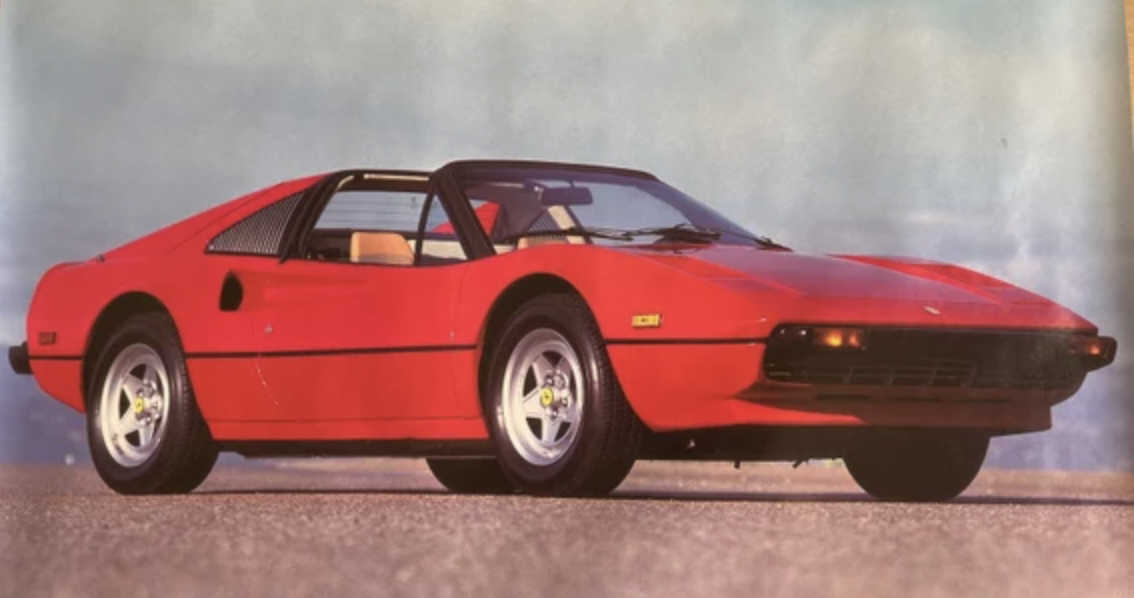 It was so famous I’m fairly certain I saw it in at least two John Hughes movies released during that era.

Flash forward a couple of decades and the worship of fast-moving vehicles by kids whose mothers would rather die on a spike than see them on one continues just the same.

For those who worship the two-wheeled variety of street-legal racing equipment, the image below is the modern equivalent of that red Ferrari. 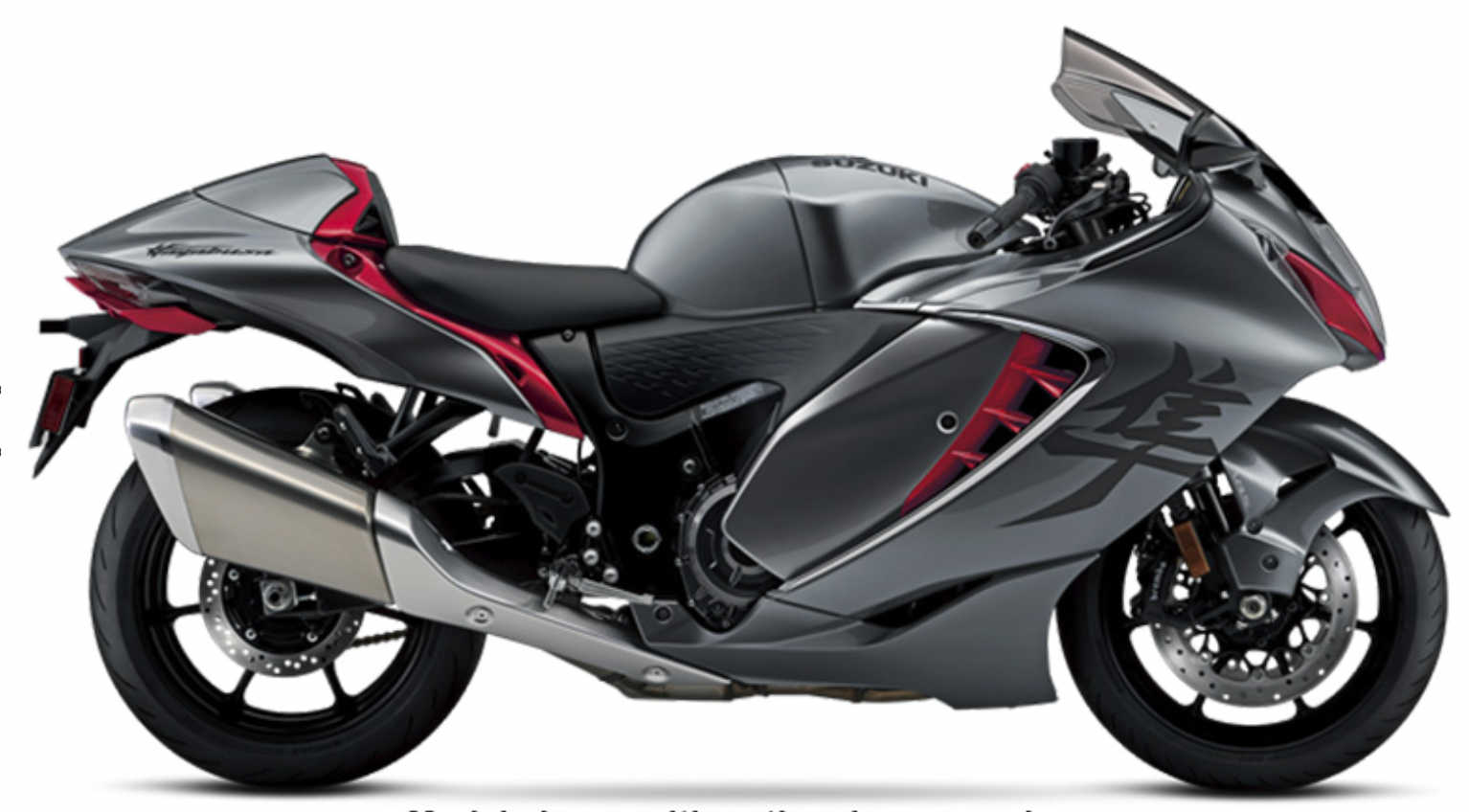 This is the Suzuki GSX1300R Hayabusa, known to those who know a thing or two about sport bikes as the "Gixxer," or, simply, the "Busa."

For the last 24 years, the Gixxer traded the crown for fastest sport bike in the world with bikes by the likes of Kawasaki, BMW, Yamaha, and Honda, and as of this month, it is once again on top.

The Term "Crotch Rocket" Was Invented for This Bike

Those numbers, while drool-worthy to anybody who knows anything about these machines, are clearly far too much for the average fanboy to handle — making it a good thing that these racing machines will only ever come into the hands of a limited few adrenaline junkies.

Now, for those who enjoy historical significance as much as engineering and design prowess, here is a third poster:

I am almost certain that none of you will recognize it, so before I introduce the motorcycle, let me give you a couple numbers so you can put it in context with the benchmark.

And here are the stats that might come as the biggest shock of all: This bike has just one single gear and its engine displacement is precisely 0 cc.

That big fat zero is why this just might be the most important superbike of the 21st century.

Say hello to the XP Zero, created by Untitled Motorcycles. It's a big deal because it could become to the motorcycle world what the Tesla Roadster was for the EV industry 15 years ago.

From Competition to Revolution

This is just the beginning of the story, however.

You see, Untitled wasn’t content with just having a machine that handily beat its ICE competition where it mattered.

It took another step and partnered with a company that produces the world’s most advanced electric motor power management system.

It may sound like an afterthought, but this power management technology actually represents one of the first real innovations to electric motor design in over 150 years.

Let me provide a quick bit of background.

Since their advent back in the first half of the 19th century thanks to British engineer Michael Faraday, the essential design DNA of the electric motor has remained the same: copper wire wound around a spool and housed within a magnetic field.

Charge is sent through the coil, and the flow of electrons is transferred into rotational momentum. Spin is achieved.

That’s been the story ever since, with every electric motor in current operation around the world — from the one that gives your phone its vibration feature to the giant motors that power the world’s biggest ocean-going vessels — working just like that.

What Untitled’s partner firm did was create a device that implements sophisticated AI algorithms to manage that flow of electrons into the coil based on engine speed.

The goal was efficiency, increased torque, and a longer service life, and that was exactly what this company achieved with its intelligent management technology.

With one of these units installed in the XP Zero, torque jumped by 15% over the already impressive 140 pound-feet, to 162 pound-feet (47% more than the Gixxer), with an overall power increase of 25%.

This single innovation took an already dominant bike and put it into another category altogether.

Right now the company that created this technology is in the process of making more collaborative deals just like the one it has with Untitled.

Firms ranging from producers of household appliances, to makers of electric boat, to high-speed rail companies are already involved, with more getting added to the list on a monthly basis.

Let me explain to you just how big the market for this technology is by citing one very simple bit of data: More than half of all the energy produced ends up turning an electric motor of one kind or another.

And every motor on that very long list of commercial and consumer applications can directly benefit from this technology — so much so that within a few short years, any product not featuring this patented technology would likely just vanish from the market by force of natural selection.

That includes every EV on the market today, which means that every EV producer, including Tesla itself, will need to decide on whether to license this tech or buy it outright.

The company behind all this is based in Calgary. It's young and small, with a market capitalization of less than USD$250 million.

The smart power management technology is the primary focus of the company's efforts.

Could This Be the Worst Example of Price Inefficiency in Tech Today?

Its potential, given the size of the addressable market, is probably hundreds of times larger.

Shares are currently trading on two North American exchanges, which means any farsighted investor willing to take a shot on a potentially industry-disrupting new technology can purchase them on most online brokerage platforms.

As you can tell, I’m more than a little excited about this company. This caliber technological innovation coupled with a small, focused operation that has a real chance for true order-of-magnitude growth in the span of just a few short years.

I’ve been writing about it to my readers for months now, but today I want to start spreading the word to our Wealth Daily readers too.

To get more information on this technology and the company that will bring it to you in the next few years, go here to view my in-depth video presentation.

It’s free to view, requires no registration, and takes just a few minutes.

The difference it could make to you, however, is life-changing.

Don’t wait for the mainstream financial outlets to pick up on this. Get in while this company is still unknown to the retail masses.