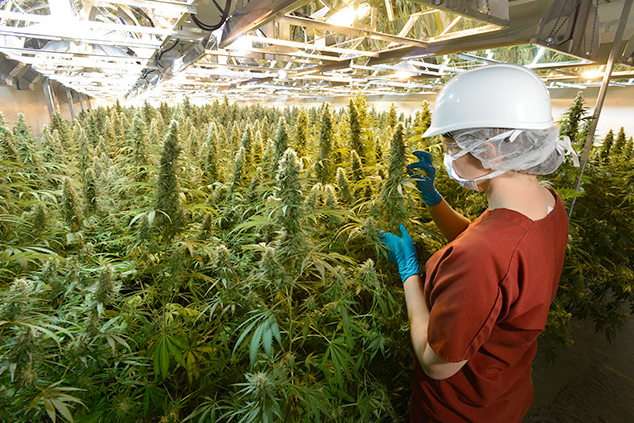 "Industry is taking over the legalization movement and I'm not interested in the industry."

These are the words of Dan Riffle, a cannabis activist who served as the federal policy director for the Marijuana Policy Project – a very powerful cannabis advocacy group.

Riffle has recently left his position at the Marijuana Policy Project in what seems to be a reaction to how the pro-cannabis movement has evolved to one that is now being bankrolled by well-funded entrepreneurs and big business.

Certainly I have no intention of trivializing the work of cannabis activists who were fighting an uphill battle long before folks started rushing to Denver to get high or to get their medicine. But I don't know if it's such a bad thing that “industry” has taken over.

Truth is, until “industry” came alone, there really was no real money backing the movement. Good intentions and rational thought are simply not enough to move mountains. Especially in this day and age, if you want to get anything done, you better have an arsenal of cash or look like Salma Hayek. Because no matter how you slice it, nothing gets done unless all interested parties are compensated.

Understand, I don't say this to be negative. This is merely an observation of reality.

It wasn't the white guy with dreadlocks handing out homemade pamphlets about cannabinoids that got the attention of lawmakers, it was the promise of tax revenue.

It wasn't the obnoxious college girl with a bullhorn handing out marijuana leaf buttons at Lollapalooza in 1991 that convinced a handful of angel investors and private equity firms to pony up a few million bucks for a state-of-the-art growing facility in Canada. It was the promise of profit. And this isn't a bad thing.

Moreover, in an effort to dismantle the war on drugs, it's big money, big business, and big risks that are needed the most. Sure, activists play a vital role, but those activists need two things: funding and facilitators. Industry provides both.

Now that Riffle has moved on, he's focusing his efforts on finding an alternative to the corporate model. But I would argue that such a thing already exists to some extent through co-ops and volunteerism: Two things I actually love. And I wish him the best of luck.

That being said, I disagree with Riffle on his quest to explore other “non-corporate” models, including government-run monopolies. This is a horrible idea.

There is no better way to cripple a growing industry than to put the government in charge of it. Let the market create opportunity, wealth, and prosperity on a level playing field, as this is something most lawmakers are incapable of doing.