The North American oil boom is huge, and it’s just getting bigger. The IEA recently reported that U.S. oil production will likely surpass that of Saudi Arabia in just two years, which no one ever saw coming. 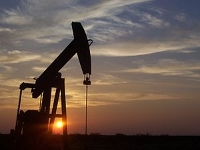 And though the IEA's analysis of U.S. oil production leaves us knowing this great achievement won’t last forever, it’s still something to be quite proud of, especially when one of the hottest spots for the boom is growing even more.

North Dakota's Bakken shale is on the way to pumping one million barrels a day. According to the Wall Street Journal, the U.S. Energy Information Administration estimates it will reach this amount in December. But November will come very close at 976,000 barrels per day, so it’s not much of a reach for December production.

While this is of course great news, but the Bakken is not the first to reach the million barrels-a-day mark. Actually, the Eagle Ford shale, located in South Texas, hit that amount in May of 2011.

That doesn’t mean we shouldn’t be extremely excited about this achievement. More oil is more oil, and it’s just getting the U.S. closer to passing Saudi Arabia.

The Bakken has a number of layers that are producing oil. The biggest producers are the Middle Bakken and Three Forks 1 – the formation's top two layers. But the layers beneath have helped boost production to these profitable levels.

Hydraulic fracturing, known as fracking, enables the extraction of oil from shale rocks. While fracking has been around for a while, it wasn't until recently – when it was combined with horizontal drilling – that it effectively extracted resources from shale. And since it's untapped territory, it's no wonder there's so much oil available.

The U.S. has run into problems with infrastructure – particularly a lack of piplines – but it has found a way around that, at least temporarily. Companies are using rails to get oil from the fields to the refineries, and it has become an extremely efficient way to reduce bottleneck at the wells.

The reason oil producers have sought out railways is explained best by the U.S. Energy Information Administration:

“Pipelines are the most cost-effective way to transport crude oil in the United States, but they are expensive to build and may face regulatory hurdles. For these reasons, companies have turned to rail transport to deliver crude oil across the nation.”

Bakken producers needed to find a faster solution to the production process, and they found it with the rails. It’s working for now, so they are relying on them more and more each day to grow oil production.

Well spacing is also helping oil production grow. Wells are now being spaced much closer to each other, allowing faster and higher-volume extraction. New technology is also allowing drillers to extract oil from deeper zones that were previously untapped. There’s a ton of oil now available that was not reachable just a few years ago.

The shale oil boom is not going to last forever. Many analysts are reporting the large amounts of oil will decrease by 2020, and the U.S. will lose its place as the leading oil producer. Saudi Arabia will regain its title.

But that doesn’t mean there isn’t time to take advantage of the current oil boom. Demand is up, with Asia demanding the most of it – and India in particular. The IEA estimates India's oil demand will be the highest in the world by 2020. By 2035, the Middle East will likely take India’s spot as the biggest demand center.

As demand increases for oil across the world and the amount of production increases with it, there will be many opportunities for investors to make money off the oil boom.

Halcon Resources (NYSE: HK) and ConocoPhilips (NYSE: COP) are just two examples of companies that will increase production significantly every year for the next few years.

Railways are also getting a piece of the Bakken shale pie. Pipeline company Plains All American Pipeline (NYSE: PAA) is even planning to connect its pipelines to railways.

This is the time to get into the oil industry. Poke around and decide for yourself which area offers the best piece of the pie. It may be the Bakken, it may be the Eagle Ford, or it may be one of the smaller up-and-coming U.S. plays.