Paper gold comes with a middleman between you and your metal, which adds an element of risk, however slight it may be. Asians want to keep gold in their direct possession, a prudent move given the occasional price disparities between the paper and the physical. 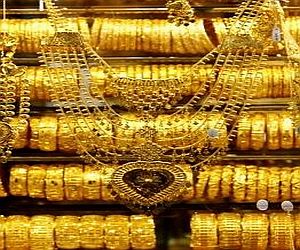 But does the world really need another gold vault? Hasn’t gold been selling off something fierce? Who in the world wants to buy gold now?

But that sell-off has been almost entirely in paper products, and mostly by Westerners. When paper gold holders sell, gold trusts and ETFs like SPDR Gold Trust (NYSE: GLD) release a corresponding amount of gold from their vaults onto the physical market.

A substantial portion of that physical supply is being bought by Eastern investors. According to metals consultancy group Thomson Reuters GFMS, just India and China together accounted for 61% of global physical gold bar demand in 2012. Physical gold has been moving from the West to the East.

UBS’ new leased vault in Singapore has been swamped with interested depositors. “We are still receiving queries on the offering from clients who are keen to reap the benefits of asset and geographical diversification,” Peter Kok, regional manager for UBS’s wealth management division in Singapore and Malaysia, emailed to Bloomberg.

“We have recognized for some time the ever-growing demand for gold among Asian clients and the demand for gold custody services in Asia,” Kok informed the Wall Street Journal.

Western investors who have given up on gold fail to recognize one very important function of gold: hedging currency risk. While gold has been depreciating against a strengthening USD, it has been appreciating against other weakening currencies. Just this April, gold reached a new all-time high in Japanese yen as Japan’s currency fell.

“[Asian] clients tend to hold a long-term view on gold and enjoy the stability and security benefits which come with holding gold as an asset class,” Kok explained to the Wall Street Journal.

While the U.S. dollar is still esteemed as the premiere currency reserve around the globe, the Federal Reserve’s monetary policy is expected to weaken America’s money going forward, especially when inflation finally kicks-in. Asian governments have thus been continuing their purchases of gold as an alternative hedge against risks to all currencies.

But they have been encouraging and facilitating gold purchases among their citizenry as well, granting increasing access to foreign gold markets. China has even approved two new gold ETFs of its own.

Singapore, for its part, had just last year eliminated a 7% goods-and-services tax on gold, which is expected to dramatically increase the city-state’s portion of global gold demand from last year’s 2% to as much as 15% within ten years.

Gold is where Asians want to store their wealth. And year after year, they have more and more wealth to store. Economic data compiler McKinsey & Co. estimates Asia, excluding Japan, will create $7 trillion of new wealth by 2016, controlling some 37% of global emerging market wealth.

Wealth management firm Incrementum Liechtenstein co-founder Ronald-Peter Stoferle firmly expects much of this wealth to make its way into gold. “Whoever expects incomes in China and India to continue rising and real interest rates to remain negative or low, will by default recognize gold as the beneficiary of these developments,” the Wall Street Journal quotes.

Poised for Another Bull Run

The gold price has already been benefitting from Asian buying. If it weren’t for so many Eastern purchases, the metal would certainly be trading below one thousand dollars by now.

India’s second largest stock brokerage, Sharekhan, delivered its upbeat projection online: “We expect gold to trade with a positive bias going ahead. The crucial support is placed at $1180, which is the low it touched [last week].”

ScotiaMocatta, part of Canada’s Scotiabank Global Banking and Markets, a global leader in precious and base metals trading, finance, and physical metal distribution, went so far as to suggest last week’s low might be the bottom of gold’s recent bear run:

HSBC (NYSE: HBC) prepped investors not to be surprised if gold rallied this week and next. The record number of short futures contracts coupled with thin American trading this week given tomorrow’s July 4th holiday could spark a short-covering rally.

Further strengthening the bullish case for gold is how the recent price slump below production costs is forcing gold miners to scale back operations and shut mines. This will reduce stockpile replenishment, contributing to lower physical supply. Seeing as physical demand simply is not letting up, the push between a falling supply and a rising demand will likely run the gold price upward.

JPMorgan also jumped into the gold bull camp when it encouraged its clients to take “immediate action” and “go overweight” commodities, noting that “consumers are likely already starting to act on the 20%+ swoon” in metals prices.

While Westerners will likely return to their paper trades in droves going forward, don’t expect Asians to relinquish any of their physical. They’ve already made that clear enough to warrant the opening of a new vault. It looks like the gold price may finally be pushed up from both sides of the market.