Are you willing to die for the Dow?

“You have power over your mind, not outside events. Realize this, and you will find strength.” — Marcus Aurelius

It’s been almost two weeks since my last communiqué to you regarding the coronavirus crisis. And, in all honesty, the news is actually a little bit better.

The United States is running at a 1.3%–1.4% mortality rate, which is in line with that of South Korea, now the model every nation wants to duplicate.

The Dow is rebounding huge as I write this.

Biotechs and pharmaceutical companies are in an all-out race to find a cure.

Anti-malaria drug hydroxychloroquine is showing promise against the virus.

And my fellow Americans are making me proud with their resilience, compassion, and “no surrender” attitude.

In times like these, it’s crucial we remain super rational, keeping fear, feelings, and unnecessary emotions at bay.

Having said that, a rather morbid and sobering debate is being held by ethicists, medical professionals, the Trump administration, U.S. governors, world leaders, economists, and now you and me.

And that is: Are the measures we are currently taking to stop the spread of COVID-19 going to permanently hurt us more in the long run? In other words, should we get back to our normal lives and let the virus run its course?

That was the core message of President Trump’s press conference this past Monday evening. And, as you can guess, it launched some rather amusing memes and Twitter threads like #dieforthedow: 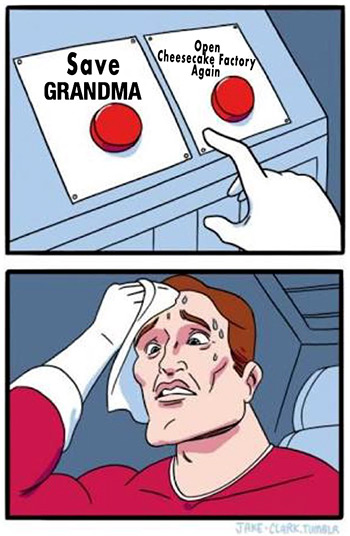 I’m glad Americans haven’t lost their humor, even on such a serious and dire issue.

But regardless of where you stand on this issue, the fact is the market is looking for any signs of hope. Anything.

So it wasn’t surprising that the market responded to the suggestion that Trump and U.S. governors are open to the idea of relaxing some of the social distancing regulations and allowing businesses to begin to re-open.

The Dow rallied as much as 11% yesterday… posting its largest one-day point gain in history.

Where do we go from here?

That’s the question on everyone’s minds.

Since we are an unconventional investment firm, I had my research team look at past pandemics and measure how the markets reacted to them. 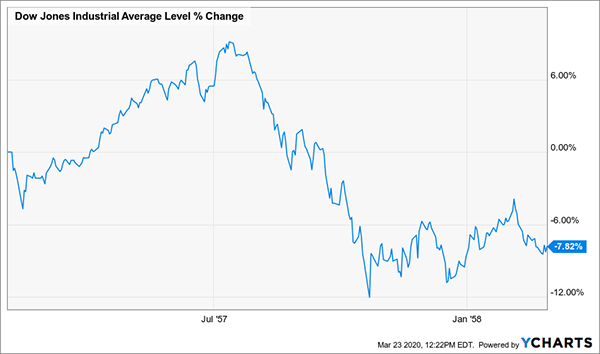 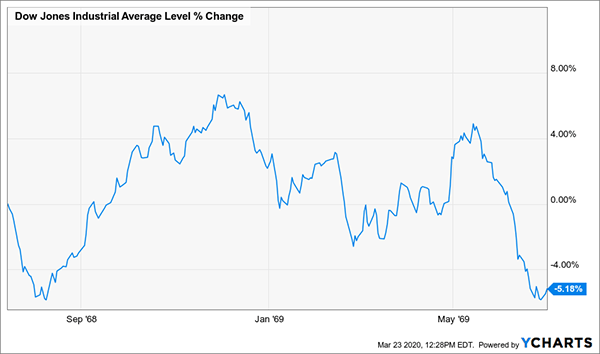 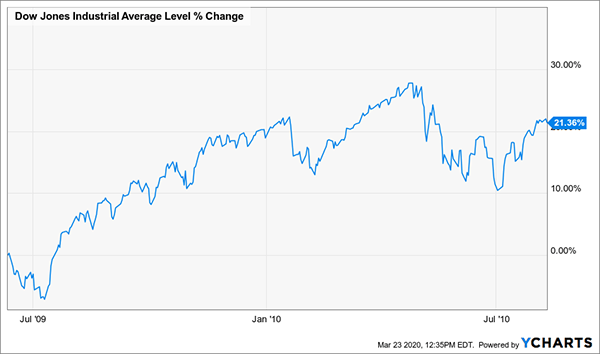 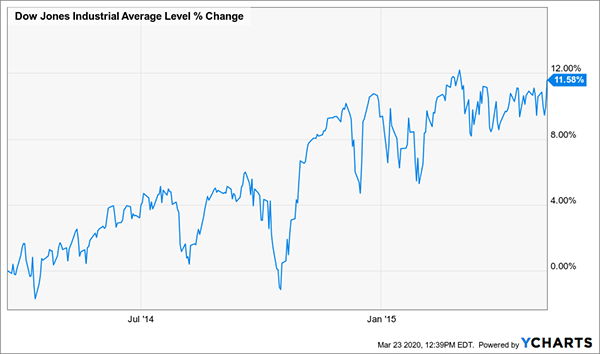 Obviously the current pandemic has crushed the markets beyond anything we’ve ever seen. With the exception of yesterday’s bounce, the Dow has lost 36% in 22 days.

As of last night, total market capitalization lost in U.S. markets was around $9 trillion–$10 trillion. Loss to GDP is estimated to be around $500 billion if not more.

Let that sink in.

The White House announced yesterday it would pump an estimated $6 trillion into the system. The size of that number alone should shake you to the gravity of the situation.

But it was also entirely predictable.

In my letter to you almost two weeks ago, I said this:

We will get through this with flying colors. The Fed and U.S. government are going to throw everything at this. Don’t fight the Fed.

It starts with $6 trillion.

That’s why I want you with us during this entire period. We are already seeing fruits from our visionary calls, even during this market crash. Our telemedicine stock has been making new, all-time record highs during this whole crisis.

Telemedicine is going to be one of the big winners when this is all over.

And that’s just the start.

(By the way, gold is going to soar with $6 trillion getting pumped into the economy.)

And that brings me to my next point: emotion.

There’s plenty to be emotional about, trust me. As the father of five, I’m emotional every day.

But the one thing I remain completely unemotional about is investing.

Because it’s all based on math, market psychology, and sterile analytics. I let the markets in general and stocks in particular tell me their stories, and then I act accordingly.

That’s why I want to invite you to a very special event tomorrow.

It will be hosted by my colleague Briton Ryle. He’s developed a trading system that takes all of the guesswork and emotion out of making profitable trades.

It has a 70% historical success rate.

It's needed now more than ever.

And with $6 trillion getting pumped into the economy, there will be plenty of trades to be made.

We had originally planned this for later in the spring, but given the current market conditions, I don't want anyone to miss out on the information we'll be presenting.

The webinar is 100% FREE to all attendees, and if you haven’t heard yet, there is free exclusive training content available for all registrants.

What you need to know:

There is an email service that will remind you on the day of the event. The earlier you confirm your registration, the better.

There will be a lot of VERY PERTINENT stock market information covered in this webinar. So if you want to use the information we reveal moving forward, it would be a great idea to take notes during the presentation.

You will receive a link once the webinar goes live on March 26, at 1 p.m. EST. Simply click the link, and you’ll be taken to the webinar right away.

Remember, this is 100% free. There’s literally no reason not to check out the information revealed — especially the exclusive content.

Simply click here and enter your email address to reserve your seat.