How to Make Money Selling Cannabis

When I first recommended OrganiGram Holdings (TSX-V: OGI) as a solid play on the legal cannabis space, I was met with a bit of skepticism.

Not so much because I was recommending a legal cannabis stock. After all, we've known for the past few years that this is a vibrant, burgeoning market that's going to make early investors a boatload of cash.

The skepticism came from folks who questioned the demand for organically-produced cannabis, as OrganiGram is a grower and seller of organic cannabis.

My argument was pretty simple:

There is evidence that many doctors that prescribe cannabis would prefer to prescribe an organic brand that is clear of any pesticides that might pose a danger to the health of their patients.

Doctors want their patients to get better and maintain optimum health. By introducing a new stream of pesticides to a patient's system, a doctor may be concerned that while treating one ailment, he or she may be introducing a new one.

This is a common concern, not just for cannabis, but for any kind of treatment.

Moreover, just as we've seen in the organic foods space, there's rather large group of folks who want to ensure that anything they put into their bodies is devoid of potentially hazardous chemicals. Certainly I fall into this category, and I make no apologies for this.

In any event, when I recommended OrganiGram last year, I was confident that we had found a solid company taking the lead on organic cannabis cultivation. And I was right.

Here's how the stock has performed since then. 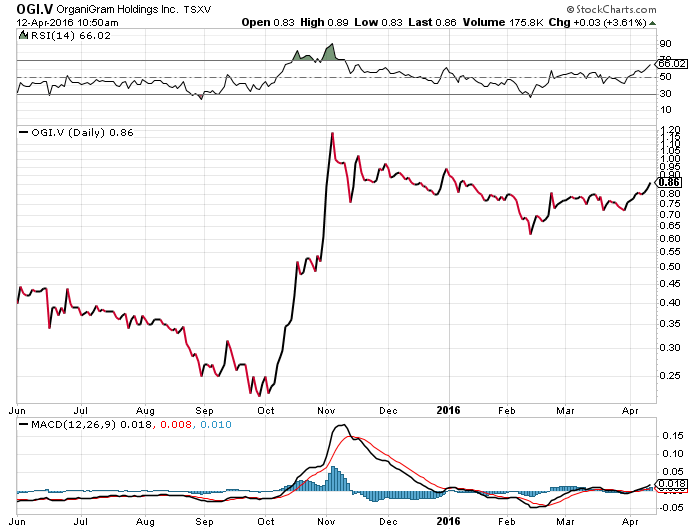 And it's just getting better.

This morning, OrganiGram provided a preliminary synopsis of Q2 results. Check it out …

Highlights from the financial results for the quarter include a 38% increase in revenue, a 14% improvement in gross margin percentage and the achievement of positive year-to-date (YTD) EBITDA and cash flow from operations

Here's the preliminary review of the company's financial highlights: 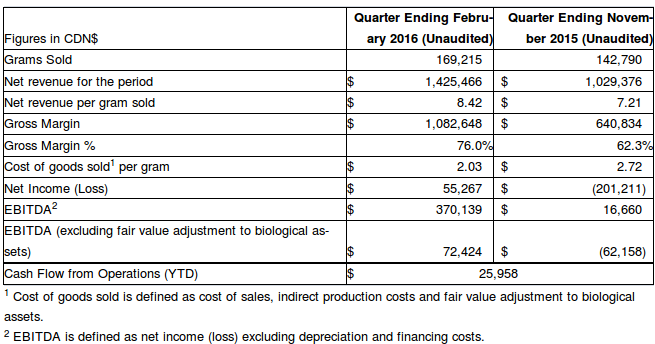 OrganiGram is in the midst of a fully-funded expansion of its current location which, when completed later this year, could bring annual production capacity in the order of 3,500 kilograms. Additionally, with the advent of recreational regulations forthcoming, OrganiGram's existing acreage and infrastructure enable the Company to pursue an additional 5x increase in production capacity to accommodate the expected increase in consumer demand.

While OrganiGram isn't the only legal cannabis play that's paying off for us right now, it is the only pure play organic cannabis producer.

In other legal cannabis news, MassRoots, Inc. (OTCBB: MSRT) got a nice boost yesterday after it was announced that the company filed to start trading on the NASDAQ. If this happens, this will be the first legal cannabis-related stock of its kind to trade on the NASDAQ.

MassRoots is an interesting operation. It's basically a “facebook” for cannabis users. 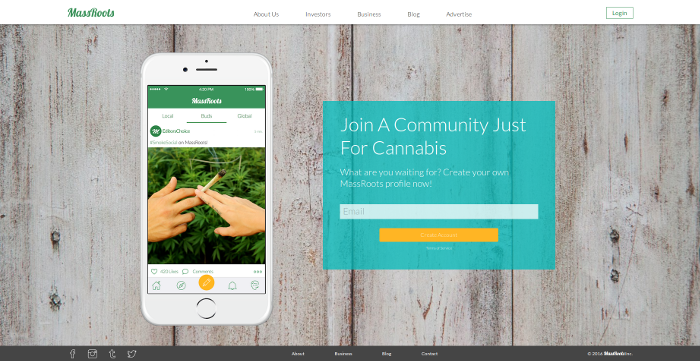 Right now the company boasts 775,000 users, and it has seen some significant success in selling ads, considering how young it still is.

Over the long-term, MassRoots will probably do quite well. Management seems pretty smart, and to be honest, these guys are really good at promoting the company and the stock. This will definitely work in their favor if the stock can “marry up” to the NASDAQ. Whether or not this happens will be determined in just a few weeks.

In the meantime, if you're looking for new ways to play the legal cannabis space, check out our report: Marijuana Outlook: Stocks to Buy in 2016.