Gold is Back, Baby!

Are the Gold Bears Capitulating? 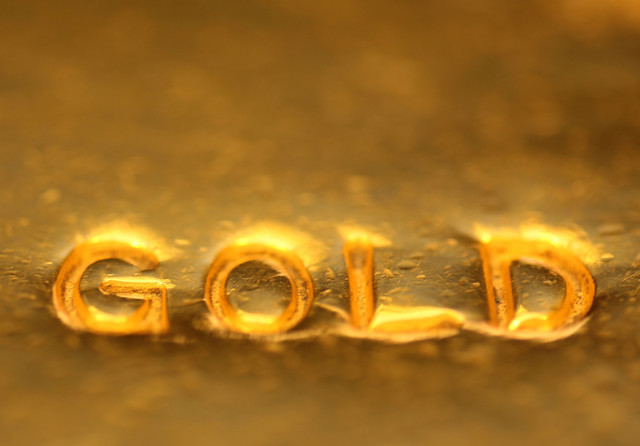 Since the gold price hit its all-time nominal high back in 2011, it has been mostly a bear market for gold and gold stocks. The last few years have been tough for gold bulls.

Meanwhile, the gold bears, many of whom tend to sympathize with big government, have had a field day in making fun of the bulls. They try to ignore that gold was around $300 about 15 years ago.

In 2015, the gold price fell below $1,100 and even some gold bulls were feeling rather down. I don’t consider myself a perma-bull when it comes to gold because I know there are prolonged periods where it is not a good investment. But I think it is important to always have a certain percentage as part of your portfolio for insurance and diversification.

2016 has so far brought good tidings to gold bulls. The price has surged above $1,200 per ounce. This is in the face of a falling stock market. Oftentimes, recessions or economic downturns are not good for commodities and precious metals, as people seek cash and highly liquid equivalents.

But despite the relatively low price inflation numbers as reported by the Consumer Price Index, gold has done well. In many ways, it has separated itself from the other commodities, and even the other metals.

The U.S. dollar has been down a little, which explains a small part of the rise in price in terms of dollars. But this does not explain all of it.

All of a sudden, gold is coming into favor again. Analysts are upping their predictions. Bulls are finding some confidence again. And perhaps the biggest factor of all is that some of the gold bears seem to be capitulating.

If you listen to the so-called mainstream financial media, you are still going to hear negativity regarding gold. These statements are from people who don’t own any, but they are probably not betting against it either. We may have to see a further surge in the price before these people capitulate in the sense of stopping in calling gold a bad investment because it doesn’t offer any dividends or interest income.

The people who are capitulating now are the actual short positions. It is investors who have money on the line, who have bet against gold, who are quietly changing their views.

In an environment of extremely low interest rates, it is difficult to find positive yield, especially when factoring in inflation and taxes. Who wants to buy a 30-year bond to earn 2.5% per year for 30 years? You will have to pay taxes on the little interest you do earn, and then inflation will eat away the rest or more.

The one reason to invest in bonds, which is a valid reason, is that rates may go even lower, meaning the price of the bonds will rise.

In the search for yield, along with an easy money policy over the last 7 years, stocks have surged. It is only in the last couple of months that they have begun to sink back down. All of a sudden, stocks have become extremely risky.

Meanwhile, we now hear talk about negative interest rates. Many wonder if the Fed will eventually follow the Bank of Japan in imposing negative rates on bank reserves. If this happens, it could drive rates even lower and people may find they have to pay a bank just to keep a significant amount of money in it.

The 10-year yield on a Japanese bond has been around zero percent lately. The Japanese people can hand their money over to their already heavily indebted government for a period of 10 years so that they can just receive their principal back in 10 years.

Is it any surprise that gold is being looked upon favorably again?

We have to consider that when it comes to gold, the price in U.S. dollars is not just determined by demand within the United States. It is worldwide demand that matters.

So think of a place like Japan or even in parts of Western Europe. You can put your money in a bank where they will charge you to hold it. And even then, you can’t be certain it is safe with the prospect of “bail-ins”.

You could put your money into risky stocks that have been headed down lately.

Or you could put your money into government bonds that, in many cases, are paying negative interest rates. In other words, you can pay the government to hold your money.

With all of these bad options, gold looks good. Whether it is buying an ETF or buying actual physical gold, your transaction costs seem minimal by comparison. Even storage costs would seem low as compared to holding cash.

You may not earn any interest on your gold holdings, but you aren’t paying a negative interest rate either, except for perhaps the costs of storage. And given the likelihood of central banks continuing to inflate in an attempt to stimulate economic growth, the possible appreciation of gold due to the depreciation of money becomes attractive.

The gold bulls may be on top again soon, as investors run out of any other good options.