$100 Uranium on the Horizon

Despite $100 oil, the biggest energy investment gains may be found in this year's uranium sector as raging Chinese demand for the energy metal sends prices screaming higher.

The price of uranium has already climbed 75% in past six months as China snapped up the energy metal ahead of a future supply deficit.

But the Chinese aren't through securing their uranium resources just yet...

And in just one minute, you'll learn how China may force prices even higher as they continue to buy yellowcake to fuel the more than 50 new nuclear power plants that will soon be built.

The Red Dragon hunts for yellowcake

In the next ten years alone, over one hundred new nuclear power plants will be designed, constructed, and brought online.

Half of those reactors — including some of the world's most advanced — will be built in China.

According to China’s National Energy Administration, the country will increase its nuclear capacity by more than tenfold to 80 gigawatts (GWe) by 2020.

At that point, the World Nuclear Association says China’s demand for uranium will reach 44 million pounds annually. But domestic supply will have only reached 5 million pounds by that time, leaving a sharp deficit in fuel resources.

This isn't news to the Chinese...

In fact, most industry experts believe that China is largely responsible for driving uranium prices from $40 per pound in the summer of 2010 to over $70/lb today.

But even at $70/lb, China will continue to be an aggressive uranium buyer.

You see, the total cost of the uranium fuel required to run a nuclear reactor represents between 40% and 50% of operating at one of today's existing plants.

But new technologies have made nuclear power generation much cheaper and more efficient. And the fuel cost to operate a new state-of-the-art reactor represents only about 20%-25% of the total cost of power generation.

Given the efficiency of the new nuclear power plants being built in the country right now, it's unlikely that Chinese planners are concern by the recent increase in price...

Uranium prices could more than double from current levels before the China stops buying — especially given their history of aggression in acquiring other strategic resources like gold, oil, and rare earth metals.

The Chinese will go to any measure to secure the long-term supply of uranium they need.

And inevitably, countries that also have a growing demand for uranium — like India and Russia — will be forced into a bidding war to get their share of supply as well, driving prices much higher.

Rising uranium prices means increasing shares prices for uranium mining and exploration companies... and several opportunities for investors to cash in on the booming market.

Back in August, I wrote to you in a free report that included my top three uranium stocks at the time. Since then, all three stocks have returned triple-digit gains for Wealth Daily readers.

Here's what they've returned so far:

Here are a few other uranium stocks that have done well as prices increased over the past six months:

Many of these uranium stocks have outperformed gold and silver stocks, despite record-setting prices. But even they have nothing on my newest uranium recommendation...

It's already well known that existing supply from the uranium mines in production today will not be able to meet the anticipated demand, and analysts estimate that nearly a quarter of total supply will have to come from brand-new resources.

That means the junior exploration companies that discover new resources and those with large high-quality uranium projects will receive heavy investment interest as the market needs new supply from new mines.

And there's no larger uranium project than the one owned by a tiny junior uranium outfit that's still trading under the radar...

This new company just put together a massive land package that covers over 1 million acres in an area that many believe could hold one the world's last giant uranium resources.

Next week, I'll send you a brand-new report detailing this small company and their amazing project.

Plus, I'll show you how this unassuming piece of field equipment could be your key to quadruple-digit investment gains: 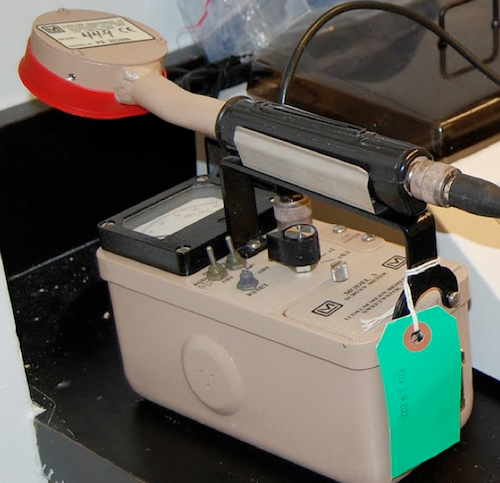