In our business, we talk a lot about "triggers" and "catalysts" — events tending to spur buying patterns for individual stocks or sectors.

While the triggers and catalysts are reliable drivers of volume swells, predicting their timing, as well as their practical effect within the chaotic tides of the broader market, is the real challenge for anybody hoping to make a buck getting ahead of the masses.

But sometimes... Sometimes, an event comes along that makes you realize you're not just on the cusp of a new trend or ahead of the game on an under-bought stock...

You're looking at the beginnings of an actual revolution before a single shot is fired.

But how can you tell?

Well, aside from pointing your telescope at the sky and just happening upon an asteroid headed straight for Earth, there is one surefire way to tell that some major upheaval is approaching: When an industry leader starts making substantial investments in a product that's philosophically opposed to, yet in direct competition with, its own primary revenue source.

Play This Right, Just Once

Let me put it more succinctly...

When industry leaders begin making substantial investments in products that are philosophically opposed to, yet in direct competition with, their own primary revenue source, major upheaval in the sector is imminent.

Now, the term "philosophically opposed" is clearly where the rubber meets the road here, so let me explain what it means in this sense with a few examples.

When car brands like Ford (NYSE: F), GM's Cadillac (NYSE: GM), Mercedes, and even Ferrari, who have all made their names and reputations with gasoline engines, start making electric cars... Expect upheaval for the gas-driven automotive industry.

When companies like Sony (NYSE: SONY), Toshiba, and Panasonic start producing flat screen TVs instead of CRT screens or MP3 players instead of Discmans, expect upheaval in the consumer electronic industry.

Moments like this come to every sector sooner or later.

The general philosophy of the fossil fuel industry for much of the last century has been simple: Find, develop, and produce carbon-based fuels for the global markets.

They located resources, they drilled and tapped the oil and gas formations, they processed the raw resources, and they distributed, and that was that.

Profit was king, waste was an inconvenience, and carbon footprints were nothing more than the black spots left on the sandy landscape by rig workers' boots.

Which makes the events of earlier this week all the more telling of what's coming next.

Doesn't Get Much Clearer

On May 24, this past Monday, the Abu Dhabi National Oil Company (ADNOC), a $60 billion-a-year, state-owned, state-run giant, announced that it would be building a facility about a 150 miles West of Abu Dhabi for the production of Ammonia — a lot of ammonia.

A million metric tons per year, to be exact... But what would an energy company want with ammonia?

Ammonia, for those who don't know, isn't just something that they put into your typical household cleaners.

It's actually a potent fuel that can be used in lightly modified internal combustion engine blocks just like standard gas or diesel, only unlike any fossil fuel, it puts out virtually no carbon as a byproduct.

It also doesn't need to be found, extracted, and refined. Ammonia, thanks to recent advancements in production, can now be created with nothing more than air, water, and electricity.

It can be created anywhere, anytime, and stored for long periods.

It can't explode spontaneously, and it's far safer to handle than most traditional fuels.

All of those things make ammonia philosophically opposed to ADNOC's main source of revenue. Indeed, if cheap, plentiful ammonia were to flood the market tomorrow, within a few years all companies like ADNOC would be out of business.

And that brings us to the question posed at the top of this article... Why would an oil company invest in a green fuel?

Simple. Because big oil sees the writing on the wall. It sees that the tide of commerce has already turned against it, and it's now a race for the solution. 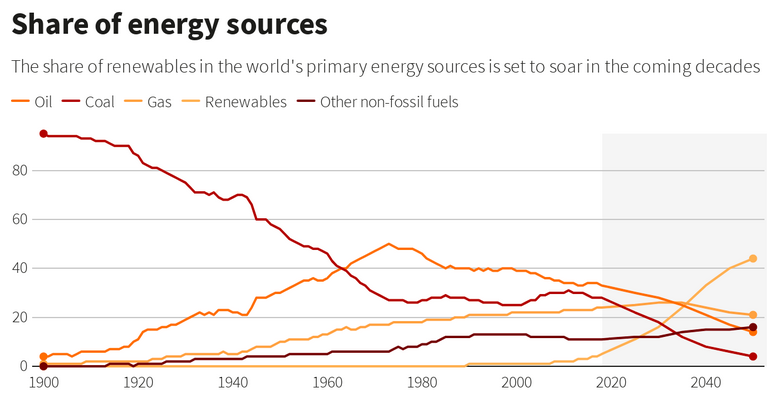 Ammonia, more and more, is viewed as that very solution.

Viable not only as a fuel, but as a method for storing electricity, its disruptive potential could soon reach the lithium-ion battery sector too.

So a year or two from now, who knows... Maybe we'll be reading tweets from Elon Musk about how Tesla is about to start producing its own ammonia by the megaton.

For investors, the time to act is before all of that happens.

And since this could well go down as the biggest industrial pivot to happen in the first half of this century, I made sure to stay ahead of the curve on this one.

Of all the companies that stand to profit, even multiply in size thanks to this emerging trend, there is one that stands above the rest.

It's tiny today — with a market cap of less than $50 million — but it's been gaining steadily since the ammonia story started to gain momentum earlier this year.

It's not something for the fainthearted, but for those willing to go the distance, it could spell life-changing gains just a couple years down the line.

There's too much to mention here, but this video presentation will fill you in on all the essentials.

It's free and instant. No registrations or sign-ups required to view it. Just click here.