The U.S. Embargo against Cuba is Out of Control 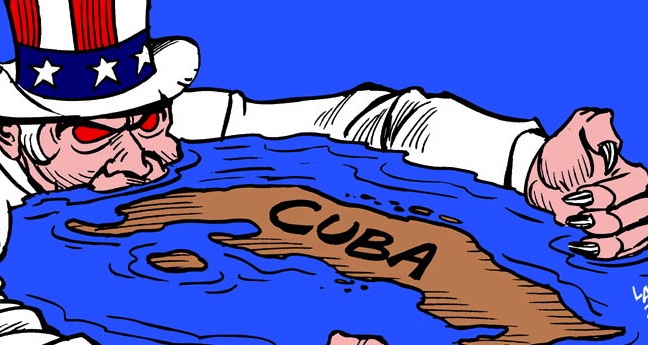 It was one of the most soothing melodies to ever dance upon the microscopic hair cells in my moderately damaged ears.

After a steady diet of punk rock in my early years, then discovering the many treasures of bebop and cool after college, I was treated to the gift of Ibrahim Ferrer - the famous Cuban singer who I had never heard of until the release of the 1999 documentary, The Buena Vista Social Club.

To attempt to describe Ferrer’s voice would be an exercise in futility. There is no combination of nouns and adjectives that could ever do it justice. At least I’ve yet to see any evidence of this.

Ibrahim Ferrer’s voice was, and still is a meditative trigger for me. An escape, really. And I fully regret never having the opportunity to see him perform live. Especially in Cuba.

I can’t even imagine how magical it must’ve been for those fortunate enough to watch Ferrer perform in his homeland, where his magnificence was well known and fully appreciated.

Of course, as a U.S. citizen, traveling to Cuba is no easy task. And the government likes it that way. In fact, the government continues to see to it that any attempt to travel to Cuba is met with fierce resistance.

Although I find this beyond infuriating, and I’ve made my feelings known about this in previous posts, this is a hurdle I am forced to face as an American. Reluctantly, I accept this, while continuing to support the lifting of the Cuba embargo.

But when government arrogance and idiocy spread outside of our borders, like a plague of injustice and tyranny, I can’t keep my voice silent.

The Land of the Free

On Monday, I read the following words in the Irish Times. . .

Irish people trying to use an Irish bank to transfer money to people living in Cuba are being blocked from doing so as a result of a United States embargo on the Caribbean country which has been in place for more than 50 years.

Although neither the Republic nor the EU has any restrictions on trade with Cuba, and despite the UN General Assembly passing resolutions condemning the embargo, Bank of Ireland has started to block all financial transfers in recent weeks because of a business relationship with a US bank.

While such transfers are commonplace in other jurisdictions – and are still permitted by other Irish banks – Bank of Ireland has changed its rules on such transfers since the introduction of the Single European Payment Area (Sepa) and is now refusing to process them.

In a statement the bank confirmed it would no longer facilitate the transfers, and said it depended on overseas banks for the processing of national, European and international transactions under the Sepa umbrella.

“As it happens, [the bank which processes] all Sepa transactions is a leading US bank who must comply with its own regulatory requirements and obligations and to avoid a possible exposure to regulatory sanctions and penalties,” a spokeswoman said.

Because of this the bank says it is “not in a position to process such transactions”.

At a time when we’re seeing more and more support for the lifting of the embargo and an improvement in relations, the gatekeepers of injustice are working diligently to keep that from happening. And these gatekeepers, my friend. are not pulling their strings from the streets of Havana. They’re right here, in, ironically, the “land of the free.”

Politicians who continue to support the embargo claim to do so in an effort to free the Cuban people from the shackles of communism. But how hypocritical it is of those same folks to forbid U.S. citizens from going to Cuba without special permission from the State Department. How hypocritical it is to claim to want to help the good people of Cuba, but then take steps to cut them off from folks who want to do nothing more than send them a few bucks.

As I continue to preach to anyone who will listen, the Cuba embargo is one of the most despicable attacks on the people of Cuba and our personal liberty. Forcing citizens of other countries to fall in line with this nonsense, however, makes it even worse. And I didn’t really think that was possible.

Perhaps it's time to listen to a little Ibrahim Ferrer to calm my nerves. Here he is with another Cuban treasure Omara Portuondo.

P.S. - If you happen to know where I can locate some quality footage of Ibrahim Ferrer performing in Cuba, please let me know.  Thanks.