This Machine Consumes Half the Energy Humanity Produces

One machine consumes more than half of the kilowatts produced on the planet.

Take a moment to grasp that concept. A single machine sucking up more than 50% of Earth's collective production capacity.

That translates into about 12 trillion kilowatt hours, or roughly 3,000 times the total annual production capacity of the Hoover Dam.

One single machine type doing all that work. Must be pretty important, right?

Here's another interesting fact, and it might actually be more shocking than the first one: This machine has had exactly zero major re-designs during its two centuries of existence.

Which means that a single patent, accepted by the U.S. Patent and Trademark Office (USPTO) in 1837 under serial number US132A, can now be credited with absorbing more than half of the total efforts of the global energy sector.

Pretty crazy, right? Well, as you may have already surmised, the machine I'm talking about is the electric motor.

They come in a huge variety of sizes and are found in thousands upon thousands of modern devices as a subcomponent.

They're in your watch, they make your phone vibrate, and they drive every electric vehicle in existence, from tiny remote control drones to high-speed trains and the biggest ships sailing today's seas.

In all, the batteries and power grids that power the world's electric motors sum up to a total of more than three times the total energy market of the United States, which, more than anything, describes the importance of this simple mechanism to every aspect of modern life.

But, as I mentioned earlier, the basic design DNA of every modern motor is still largely unchanged from the description submitted to the USPTO almost two centuries ago.

There is a spool of copper wire encased in a shell with magnets encircling the inner rim. Run a charge through the spool and that current is transformed into rotational momentum.

It's gone unchanged for this long because it's worked just fine. Better materials and production methods have allowed for industry to increase the size and power, or shrink size down to the near microscopic.

Still, the motors propelling your neighbor's Tesla have one major design flaw, just as the original mechanism did when Thomas Davenport first drew up his sketches. 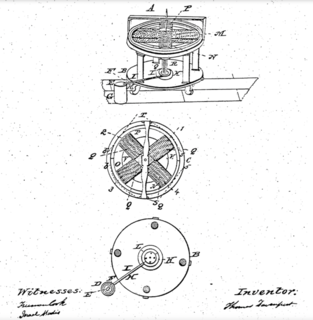 A Design Flaw... Inherited From the Prototype

The problem lies in the spool itself. Because current flows through the entire length of the wrapped wire at a constant rate, the motor will only operate at peak torque at a set rotational speed.

Put in less charge to spin the motor slower than its optimal speed and you get less torque. Same thing when you put in more charge.

Gearing and other work-arounds made this issue manageable, but more than anything, this design limitation stayed a limitation primarily because the technology to regulate the charge within the coil more precisely simply did not exist.

All of that changed quite recently.

A tech company based in Calgary, Canada, patented a technology that harnesses the power of artificial intelligence to carefully regulate the flow of charge within an electric motor's inner core. More or less charge can be precisely delivered to specific sections of the wire, allowing for optimized power delivery.

The result is up to 8% more power produced, as well as less wear and tear and, ultimately, longer service lives for any electric motors equipped with this innovation.

This company has already licensed the technology out to a number of North American companies, including an electric motorcycle producer, a high-speed train-builder, and a maker of electric pleasure boats.

Ultimately, however, these new electric motors will replace all that came before them, making this new patent one of the most important and valuable pieces of intellectual property in existence today.

This is actually only half of the story, because aside from consuming energy, electric motors also produce it.

Power generators, which produce not 50% but almost 99% of the world's electricity, are nothing more than electric motors operating in reverse.

Apply rotational force to the spool within a magnetic field and power flows out of it.

Every coal, nuclear, and hydroelectric power plant in existence exploits this basic principle, and just like the electric motor, generators suffered from the same issues of free-flowing charge.

The same innovation that makes electric motors better will allow for power generators to make better use of the mechanical force to pump out more energy.

The difference to global energy production, if this technology were adapted to all of the world's power plants overnight, would be roughly equal to the total power demand of the United Kingdom.

You're starting to get the idea.

This is a potentially world-changing patent, effectively making everything that came before it obsolete.

Well, there's a lot more to the story.

Get all of the details and the shocking news on this company's stock (which is already public and trading on two major North American exchanges) right here.