The ONLY Resource China Can’t Own

Written by Jason Williams
Posted May 6, 2022

Over the past few decades, the Chinese government has been quietly building a monopoly in the natural resource space.

And that dominant position has given the country and its leaders massive sway over the global economy.

That’s because, when you get right down to it, those natural resources are the building blocks of society as we know it.

They’re also the building blocks of the future of renewable energy, too. And that’s where China’s dominance really stands out.

It’s honestly staggering when you see the stranglehold China has on clean energy metals. It produces 40% of the world’s copper and 35% of its nickel.

When it comes to rare earths metals, China mines 60% of them and processes 87%. 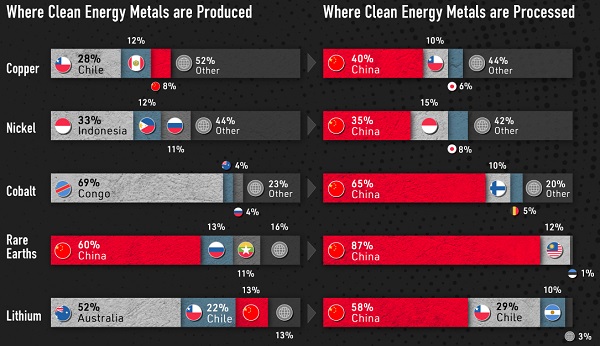 Cobalt and lithium are no different, either. China owns 65% of the cobalt market and 58% of the lithium market, too.

And while it might look like most of the cobalt is produced in the Congo, I feel like I should note that China owns 15 of the 17 cobalt operations in that country.

That’s about 40,000 more children than I’d like to have toiling to store my electricity.

And the U.S. mining industry isn’t helping alleviate the problem. You’ll notice it doesn’t even appear as a top producer for any of those critical metals.

So unless we can find an alternative, we, the world, are dependent on China and the Chinese Communist Party to supply the inputs for our green revolution.

And in case you didn’t know, China’s the biggest polluter in the world, so placing the future of green energy in its hands is like asking Jeff Epstein to babysit your niece (or some of those Congolese children).

There is hope for the rest of the world, though.

Use It or Lose It

When it comes to renewable energy, the inconvenient truth is that the electricity generated MUST be used immediately. Either that or it needs to be stored for later.

The reason coal, oil, and natural gas work so well is that they ARE themselves stored energy waiting to be released.

But the electricity generated from solar panels and wind turbines is not. It’s the kind of energy that has to be used the instant it’s created.

And if you don’t need all that energy right at that moment, you’ve got to figure out a way to store it until you do.

That wouldn’t be a big problem if the sun were always shining and the wind were always blowing.

But we get cloudy days. And we get calm days. But we still need electricity even though the sun’s hiding and the wind’s taking a day off.

So we need to store that electricity until we need it. And right now, the best option we have is made of a mineral that China pretty much controls with an iron fist: lithium.

The ONE Resource China Can’t Buy

And it’s developed a new energy storage system that doesn’t rely on lithium or cobalt or any other material China has a monopoly on.

Using just steel and concrete (or just about any other heavy material), this company’s building-sized “battery” is able to store and release enough energy to power millions of homes!

Compare that to a football field-sized Tesla lithium battery that can power only 40,000 or so.

It’s broken China’s dominance on the future of renewable energy.

Because it’s harnessed a universal force of nature, instead of a mineral owned by China, to power it’s battery.

The stuff that made Newton’s apple fall and keeps you and me from floating off into space.

It’s all around us. And China can’t buy it, dominate it, or control it in any way.

And that’s why I’m convinced this company is going to see massive interest from governments and corporations the world over.

They see the writing on the wall. China won the race to dominate the lithium market and now the rest of us need an alternative.

But they’re not the only ones. Even experts in fossil fuels are jumping on board to help break China’s monopoly.

I’m talking about oil and gas experts like Pickering Energy Partners. And even more impressively, the kings of crude oil, Saudi Aramco.

Yep. That’s right. The biggest and most valuable oil company on the planet is pouring tens of millions of dollars into this company’s technology.

In fact, the leaders of the UAE plan to use this device to store the energy that will be generated by the world’s biggest solar installation in the desert outside of Dubai. 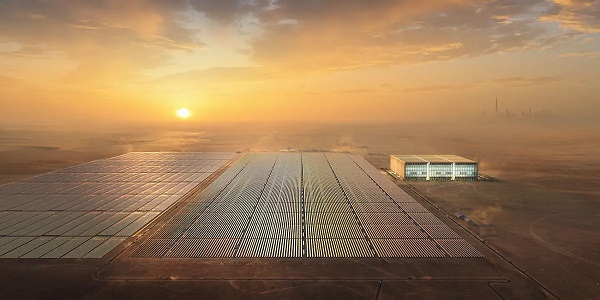 So to say it’s got the support of some big-time investors might even be an understatement.

The Time Is NOW

Those investors all got the chance to get in early while this was still a private company. They saw the immense future value of a product that could topple China’s renewable energy dominance.

So they poured collective billions into this firm to get its technology ready for full-scale deployment.

But there’s still time for you to be an early investor too. This company just recently listed its shares on the stock market.

And it’s still flying under the radar of all but the most informed investors.

That won’t last, though.

Once people start looking past lithium…

Once they realize that there’s a better option out there…

They’re going to flock to this company and its stock price is going to reflect that interest.

So I’m urging you to get invested TODAY. Don’t wait for the news to break on CNBC.

Get all the details about this company, its technology, and how it’s poised to dominate the energy storage market for decades to come by breaking China’s stranglehold on renewable energy.

And get yourself invested BEFORE the rally sends this stock to the stratosphere.

Trust me. You won’t regret it.