The End of the U.S. Dollar

Four Decades of Abuse are Killing the Fiat Currency

Much of my investing decisions over the past ten years have been guided by watching the U.S. governments abuse the dollar into its current near-worthless state.

This has brought me to one basic conclusion...

Politicians, on both sides of the aisle, are not trustworthy or credible individuals.

They are power seekers, liars, hoodwinkers, and bamboozlers.

They'll do and say anything to get you to hand your power over to them — i.e. vote them into office. And until a majority of Americans come to this understanding, nothing can fundamentally change within the country.

Unfortunately, it may be too late to save the U.S. dollar.

The truth is the unsustainable economic course that has been pursued (and continues to be pursued) by the politicos in the United States may have financially doomed the country.

The two-party system of republican and democratic criminals that has been put in charge of running the U.S. the past 40 years has failed you.

Whether they did it on purpose or not, the system is dying on the vine.

The problems that stem from four decades of out-of-control spending on the part of the Congress are cleverly being covered up. Their methods for keeping the public in the dark while promising unsuspecting voters lavish gifts from the public treasury are three-fold:

Because the voters don’t keep the politicians accountable, a false sense of prosperity reigns over the country as this fiat money pulses through the economy.

Meanwhile, government officials are given accolades instead of being punished for their transgression. Hell, they gave Obama the Nobel Peace Prize!

The problem, in a nutshell, was outlined with surprising clarity a few weeks ago by none other than Fed bankster Ben Bernanke himself as he addressed Congress...

He spoke on the looming fiscal crisis of the Federal government; basically, there will be no easy way to avoid it. Congress has to decide what spending to cut.

Economic reality is standing on our doorstep

Congress has been deferring this two-part decision ever since the Johnson Administration.

One republican and democratic administration after another have played kick the can, opting in every case to push the problem into the future for others to deal with by simply creating more money out of thin air and pumping it into the system. 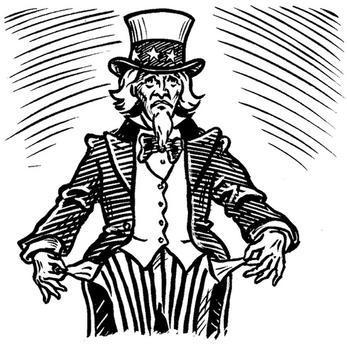 Unfortunately, the time has come for the United States to pay for the consequences of this abuse.

The national debt in the U.S. is now approaching $14 trillion — if you believe in trusting the government’s numbers. The unfunded debts of the U.S. are over $50 trillion.

In reality, both of these numbers are grossly understated through government shenanigans, but you get the point.

There’s no way either of these debts will ever be paid off. They’ll have to be reneged (defaulted) on or inflated away.

Since default is out of the question, the Fed will try to inflate the debts away, even though they will say otherwise.

Our creditors will eventually panic out of dollars, and the dollar will be destroyed.

This is the big picture

Bernanke warned Congress in his speech the Federal Reserve will not tolerate out of control spending any longer. The Fed will not take the fall in order to bail out Congress.

In other words, the rats are beginning to turn on one another.

Bernanke made it clear that Congress cannot maintain its present course. The markets will not allow this.

He said that there will be a day of reckoning: rising interest rates. At some point, lenders will decide that the United States government is no longer a reliable borrower.

Congress is now caught between a rock and a hard place. They have no way out.

Bernanke commented, “Meeting these challenges will require policymakers and the public to make some very difficult decisions and to accept some sacrifices.”

That's Fed-speak for "we are at the end of the line."

Defaulting on the debt would be the honest thing to do, but it will never happen. In other words, those who invested their money in a corrupt government should lose their investments, but again it won’t happen.

So we know that the only other choice for the politicians to pursue, given the current set of circumstances, is hyper-inflating the currency until it implodes and the dollar’s value descends to rock bottom.

Hedge your personal wealth with gold

The rapidly rising gold price is the best barometer of things to come. It is trying to tell the investing world that something is very wrong with the financial markets, and that governments are now coming to the time of consequences with their fiat currencies.

Gold is moving up against all currencies worldwide and will continue to do so!

Gold is in a massive secular bull market, where 95% of the investing public is still unaware this is happening and why.

We’re going to see market action in the precious metals and mining stocks that have never been seen before, as the general investing public gets educated by the financial pain and suffering that will come from currency devaluations, bank failures, and more government stupidity. 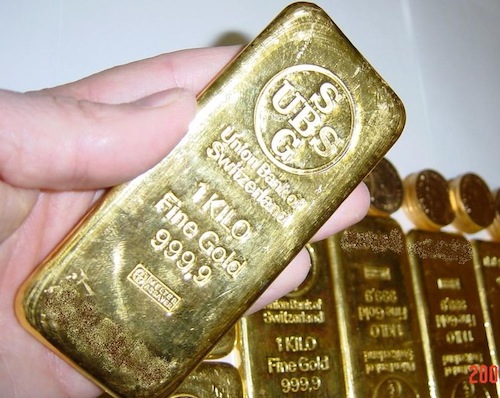 Gold and silver are severely undervalued. This is because there is nothing more sure in this world than death, taxes, and the fact that self-serving politicians will be running the show.

You can make a lot of money betting on their stupidity. I have for the last decade — and I hope you have, too.

I plan on continuing to do so in an even bigger way as their evil deeds from the past 40 years are now brought to a horrendous conclusion, sending our precious metals investments into hyper drive.

As the ensuing depression engulfs the world, people will wake up and pay attention.

Good things, however, always come out of depressions...

And in the end, I believe we will make the real structural changes (abolish the Federal Reserve, go back to a gold or silver standard for our currency, and abort Keynesian economics) that are needed to sustain a system of liberty and sound economy that can again bring about a new age of wonder and prosperity experienced by all.

In the meantime, batten down the hatches.

The ride is going to get much rougher as we enter the time of consequences.