I've called him a number of things over the years, but on Monday, Tesla (NASDAQ: TSLA) chief Elon Musk pinned a new title to his own chest as the company's most recent SEC filing became public on Monday.

From now on, all who address him can, if they wish, refer to Musk as the "Technoking of Tesla."

It was an amendment he decided to include in the company's regulatory paperwork in addition to another alteration in the same vein: CFO Zach Kirkhorn will now be known as "The Master of Coin."

These changes, small as they are, lead to the obvious question: Has he finally lost his mind?

Between the weekly double-digit-billion swings in his net worth, the new Tesla model announcements, the exploding Starship tests, the father who had a child with his own stepdaughter, a newborn son (Musk's sixth child) with the Canadian singer Grimes, his plate is possibly breaking-point full.

For Tesla shareholders, this is a real problem because up to this point, it's been almost impossible to tell, for the purposes of valuation, exactly where Tesla ends and Elon starts.

Unlike most CEOs, who merely captain a ship, Musk's mind is slowly becoming the ship, with his little quirks and inside jokes already longtime features of the vehicles themselves.

The examples are numerous.

The models' character designations add up to S3XY; there is a "plaid mode"; sentry mode is activated to sounds from Rick and Morty... you get the idea.

And it's that quirkiness, that complete indifference to (even contempt for) stodgy tradition that constantly puts Tesla at the tip of the innovation spear.

It's what shareholders bank on. It's why they keep buying the stock. Nevermind the sales and deliveries, the Technoking is here to bring you the future.

Cars Will Never Be the Same

This philosophy is so ingrained in the culture that it's almost gospel.

More than any other carmaker, Tesla is viewed by its shareholders as a torchbearer for things to come. Tesla's product line is 100% electric. Its cars feature unprecedented levels of automation. One look into the interior of a Tesla, versus anything else on the road (even a top-of-the-line BMW, as pictured below), paints a very telling portrait. 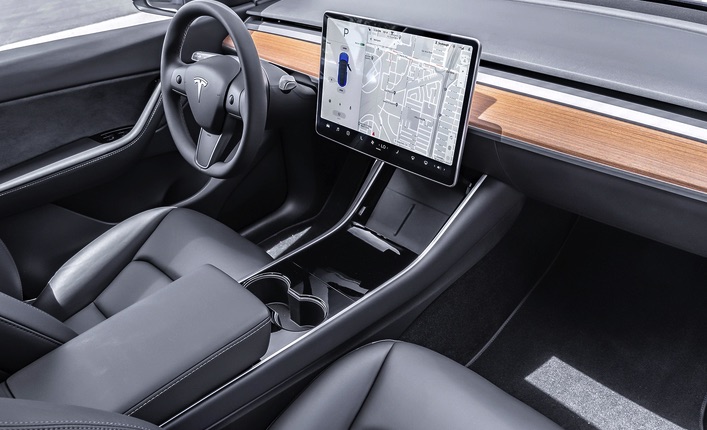 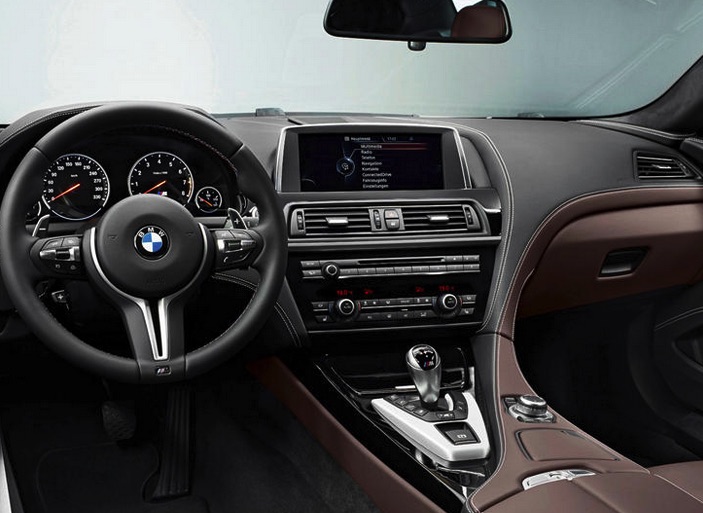 There simply is no comparison. One is an incremental development of everything that came before it. The other has little in common with anything else on the market save for the seats and the steering wheel.

Soon enough, even that steering wheel may get deleted.

Inside jokes and Easter eggs aside, it's through a real commitment to next-gen technologies — automated driving being one of the pillars — that Tesla is addressing some of today's and tomorrow's most world-changing technological trends.

One of the plans currently in the works: a driverless taxi fleet.

All Roads Lead to This: The Smart City

Musk stated back in April 2020 that Tesla will launch its "robotaxis" before the close of that year. His words must be taken with a grain of salt, of course, but they also cannot be disregarded. Despite all of the bluster and unilateral announcements made at all hours of the night — perhaps while smoking weed — Musk has a pattern of delivering, even over-delivering, on his promises.

Driverless cars, whether in the form of city-run taxis or as consumer vehicles, will play a crucial role in the "smart cities" of the future.

These smart cities, built upon foundations of universal interconnectivity between vehicles, roads, buildings, and people, promise to transform modern society in a way never before achieved.

No single technological development — not radio, the telephone, the television, or the internet itself — has been able to achieve what the smart city and all of its working parts will before the end of this decade.

The reason is the smart city isn't a single technological advancement but, rather, a combination of a number of transformative technologies all working in perfect concert. From the smallest sensors gathering and feeding information from a single support beam of a bridge all the way up to the central mainframes that process information from billions of such sensors, smart cities will turn our chaotic modern population centers into massive, super-intricate, electronic organisms.

At the heart of it all will be the next generation of internet: 5G.

The Linchpin Technology of the 21st Century

Every driverless Tesla, every sensor, every wireless device carried by smart city inhabitants will depend on future 5G networks to stay online and in touch indefinitely.

Without it, all of the information generated by the billions of new sensors and devices will come to a grinding halt. Instead of producing and processing huge amounts of data, everything will shut down in a huge logjam of zeros and ones.

As of this moment, this bright, sparkling vision of humanity's future remains just that — a vision.

Our 4G networks are already operating at capacity, and the fledgling 5G network is simply not where it needs to be to sustain the orders-of-magnitude increase in data flow.

There are two hurdles that will need to be overcome. The first is bandwidth.

That problem will be addressed later this year when the FCC opens up a chunk of bandwidth to civilian use. The date for that is already set: December 5.

That leaves the one major hurdle: data storage.

Final Piece of the Puzzle

Current technology does not allow for long-term data storage in the absence of an external power source. All mainstream memory storage requires either battery or hardwiring to collect, store, and transmit data. In a world where billions of sensors are buried in every street corner and in the structural members of every new building, external power sources are simply not feasible.

For true smart cities to spring up across the globe, we need a stable, power-independent data storage medium.

Today, there is a solution to this dilemma.

One Arizona-based company has developed just such a technology. It's already seen limited use in hostile environments such as space, but right now, plans are being laid to implement it at ground level.

A stable, maintenance-free, power-independent data storage technology that will allow for years of reliable operation — precisely what the smart city concept needs to exist.

This company is currently tiny.  Its stock trades for less than a thousandth of Tesla's, but soon enough, this patented solution will become essential to all of Tesla's long-term plans.

You can imagine where it will go in the next few years. The market could be worth trillions.

I saw this one coming months ago and rushed a research report out to my subscribers. Since then, shares have already appreciated by more than 20%. By all indicators, however, this is just the beginning.

There's no way of telling where it could go, even in just the next couple of months.