The Company That Redefined an Industry

The electric car industry is fraught with stories of failure, going all the way back to the dawn of the automobile age.

However, these failures aren't the typical kind... They're the type of tragic failures that arrive when victory is within reach.

A very early example comes not from the 21st or even the 20th century but from the 19th century, from one of the first electric cars ever — and the first car, of any kind, to break the 60 mph barrier. 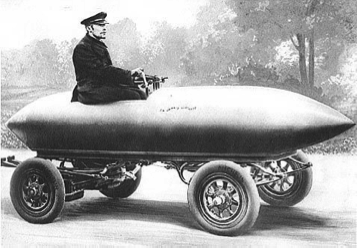 Called "La Jamais Contente" (The Never Satisfied), this bullet-shaped vehicle did what few people at the time thought possible when it went 105 kilometers per hour (66 mph) in March 1899.

Several other notable electric designs, such as the Thomas Parker and the first gas-electric hybrid of 1911, the Woods Motor Vehicle, also came and went with some degree of success. But before long, electric vehicles began to fade from the mainstream and into the world of industrial novelty.

The internal combustion engine outclassed the early electric in range, endurance, and, most importantly, convenience of fueling, leading this early marvel to becoming just a minor footnote in the automotive history.

Nearly forgotten for most of the 20th century, electrics started to make a comeback in the 1990s. Most notable was the General Motors EV1 — a car with an excellent, elegant design that was ultimately destined to die like its great-grandfather from the previous century. 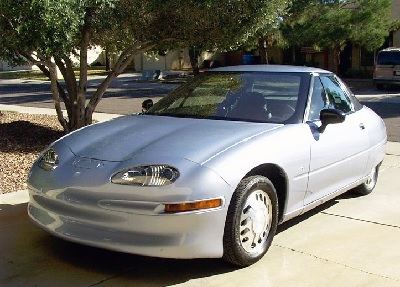 Only 1,117 units of this seemingly mature product were ever produced.

The early 2000s became the decade of the hybrid, and the Toyota Prius line lead the charge with multiple models. However, the Prius was a hybrid, not a pure electrical vehicle like the EV1... It was the best of both worlds and a huge commercial success.

Technology Catches Up to Ambition

For the first truly successful example of a pure electric car — from a company committed to pure electric cars — we have to advance to 2006 and the introduction of Tesla's (NASDAQ: TSLA) Roadster.

And that's where this history of tragic failure suddenly turns around. 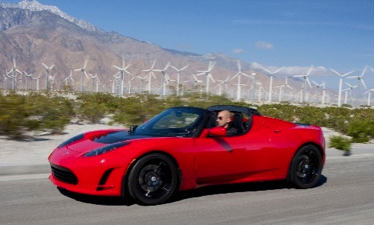 Today, Tesla is a $27 billion company that's revolutionizing cars, batteries, and even the business model behind getting products into the hands of customers.

In the latter case, Tesla is a rarity in the automotive business. It sells its cars directly from the manufacturer, cutting out an entire link in the supply chain and allowing for both boosted profits for the company and savings for buyers.

This practice has come under fire recently in the state of New Jersey, which outlawed direct sales years ago. As of April 1st this year, the state has refused to renew Tesla's license in its two Garden State-based retailers.

But some analysts believe it's this very fact that adds to Tesla's disruptive nature within the automotive industry.

“If it turns out you have to cut out the dealers to make the car cost-effective, Ford and GM are either going to have to cut out their dealers (a very tough discussion) or compete with a significant cost disadvantage,” said Eugene Groysman, tech analyst at Marketocracy, in a recent interview with Forbes.

“It is the Apple of the automotive industry,” he added.

Not a small compliment by any measure.

Want to Dominate? Become Your Own Supplier

Power supply is another matter.

The plan includes the involvement of Panasonic and other partners, and it will be so big that CEO Elon Musk is calling it a "gigafactory."

His justification for investing the estimated $2–$5 billion it will cost to erect this facility is multipronged...

First of all, Tesla has struggled to secure a reliable supply of batteries, and building a large facility will allow it to build its own — a step towards vertically integrating Tesla’s electric vehicle business. 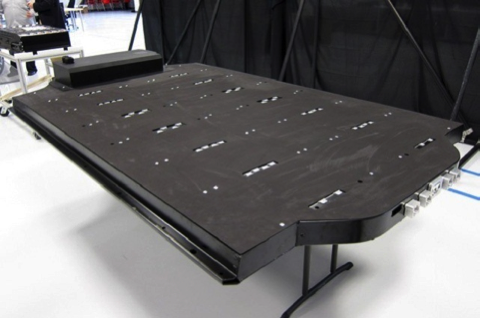 Tesla will also market these batteries to other electric vehicle companies, and it will sell batteries for storing energy from renewable sources.

This will open new revenue streams for the company, vastly broadening its product range.

The potential impact on the EV market is enormous.

The proposed plant would be able to produce as much as 30 megawatts of capacity each year, not only making it the largest battery production center in the world but also roughly doubling current global output.

This marks an amazing metamorphosis for a company that, up until now, was in the business of selling $80,000–$100,000 automobiles to a handful of well-heeled buyers, and it offers the company the chance to more thoroughly integrate its own product lines.

But if Tesla really wants to take on the big boys, some hurdles still stand in its way...

The biggest one is charge time.

Although a Tesla battery array can currently be charged in just half an hour — a major improvement over the multi-hour charge period of past generations of batteries — it's still at a distinct disadvantage to gas and gas-electric hybrid refueling, which takes just minutes.

Another hurdle is safety issues, namely fires, which in 2013 caused a $4 billion market cap loss to the company after two of its Model S sedans burst into flames following collisions.

The second issue, however, is already being resolved with the addition of titanium underbody shields designed to either channel large road debris away from sensitive electrical components or simply crush them into smaller pieces.

Tesla currently trades in the $225 range — hitting its 52-week high this past Wednesday as it rose over 4% for that trading day.

This puts some investors on guard, as the company seems to be growing as fast as its ambitions, but given its plans in terms of battery production, the future looks beyond bright.

Tesla's first SUV, the Model X, is set to enter production later this year, adding yet another piece to a puzzle that is looking more and more complete.

After more than a century of false starts and notable failures, it looks like the electric vehicle industry is finally reaching a state of maturity... And you'd better believe that all of Tesla's competitors — electric and gas-powered alike — are watching the company closely.

You should be watching it, too.