With every technology, there comes a point where you simply can't go any higher, any faster, or any bigger.

When it comes to one of Earth's most popular forms of zero-carbon footprint energy sources — wind power — that point may be approaching.

The Persians first harnessed the power of the wind as early as the 6th century A.D.

Of course, back then, producing electricity was far from anybody's mind, but the energy harnessed from the Earth's natural air currents proved just as useful for motivating grain mills and water pumps.

The first application of the technology to move electrons didn't come around until 1888, when Charles F. Brush of Cleveland Ohio erected a 60-foot, 144-rotor bladed turbine of cedar wood. 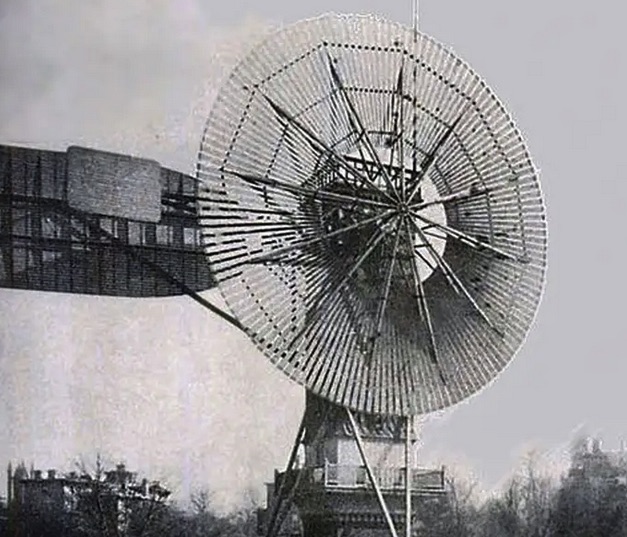 Its peak power output: about 12 kilowatts (kW), or enough to supply about 2.5 modern American households on a sustained basis.

It took a century for the technology to finally start gaining widespread popularity.

From Wood to Aluminum

During the 1990s, that total increased to 2,200 (MW), accounting for more than half of the world's wind power.

This early enthusiasm was soon eclipsed by the environmentally conscious Europeans. And by 2000, Europe was the world leader in wind energy manufacturing and installation, with more than 10,000 MW of production.

The technology itself had come quite a long way since Charles Brush's first rickety, wooden tower.

In 1991, the world's first offshore wind farm, built off the coast of the town of Vindeby on the Danish island of Lolland, featured turbines with 115-foot diameter rotors, each generating 450 kilowatts — about 40 times the power of Brush's first model.

Flash forward nine years, and the Middelgrunden wind farm, also off the coast of Denmark, featured turbines with 250-foot diameter rotors, each churning out 2 MW for a total production of 40 MW — enough energy to supply a small city of 8,000 households.

Move ahead another 12 years, and wind turbines had eclipsed 3.5 MW, with rotors now 360 feet in diameter — big enough to span a football field... including the end zones.

The first major wind farm to use these monsters was the Anholt wind farm, whose 111 turbines provided a total of more than 400 MW of electricity at peak production.

That's enough to provide power to 80,000 homes, but it still paled in comparison to what was to come.

In 2014, the arrival of the Vestas V164 set a new standard for wind turbine technology.

This monster, standing 722 feet, with a blade diameter of 538 feet, became the world-record holder in terms of size and power output. A single unit generates an astounding 9.5 megawatts of energy, more than twice as much capacity as the total output of the world's first offshore wind farm.

To give you a better idea of the power this machine can harness, a single rotation of this massive rotor is enough to supply a BMW i3 electric car with power for a 40-mile trip.

With its blade span just 20 feet shy of the height of the Washington Monument, the Vestas V164 begged the question: Just how much bigger can we go? 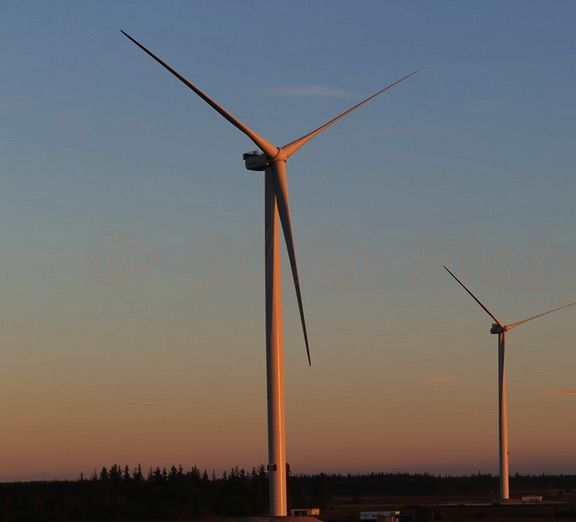 That question was answered in 2018, with the advent of the Segmented Ultralight Morphing Rotor (SUMR) turbine.

Currently under development, the SUMR 50 will feature blades that bend under the strain of the wind, mimicking the nature of a palm tree, allowing for the massive structure to withstand hurricane force winds of up to 200 miles per hour.

And it will be huge, bigger than anything that came before it by a long shot. With blades each more than 600 feet in length for a total rotor diameter exceeding 1,200 feet, this structure will have a total height exceeding that of the Empire State Building.

Have We Reached Peak Wind Power?

But the real question is power output. As the codename of the project, SUMR 50, indicates, the power output of each of these beasts under ideal conditions is 50 megawatts.

That's 10,000 homes powered by a single wind turbine. If ideal conditions persisted constantly, that number would increase to 40,000 meaning that just seven of these would be enough to power a city the size of Baltimore, Maryland.

If the world's biggest wind farm, northwest China's Gansu, was populated exclusively by SUMR 50s, its total average production would be enough to power the entire population of Canada.

Under ideal conditions that number would increase four-fold.

I know all of these figures are getting hard to visualize, but the general concept should be easy to grasp. This is an incredibly valuable technology with potential that's most likely reaching its crescendo in terms of single-unit productivity.

Since size is what matters when it comes to power output, there will certainly come a point where bigger is simply not feasible. And with the advent of the SUMR 50, that point has probably been reached.

Time to Get Smarter

But what if we could squeeze even more power out of each of these giants without adding a single inch of blade length?

What if we could get another, say 10% more capacity without making them any taller?

To do that, something would have to change on the inside of the mechanism... something within the generators themselves.

Here's where things get really interesting... Despite the incredible developments made to the turbines' size and shape, the generators inside the turbines have been desperately lagging behind in terms of innovation.

In fact, the very first generator, installed in the very first wind turbine more than 130 years go, is essentially the same exact design we use today.

Sure, they've gotten bigger and use better materials, but the essential concept still dates back to the first half of the 19th century.

The mechanism consists of a copper coil wrapped around an axle, encased in a magnetic field.

Spin the axle, and electrons flow. It's that's simple.

Even with today's space-aged materials and technology, every wind turbine in operation at this moment suffers from the exact same technological limitation.

It's fundamentally inefficient and prone to overheating and breakdown — a scenario that has brought many wind turbines' lives to violent, fiery ends. 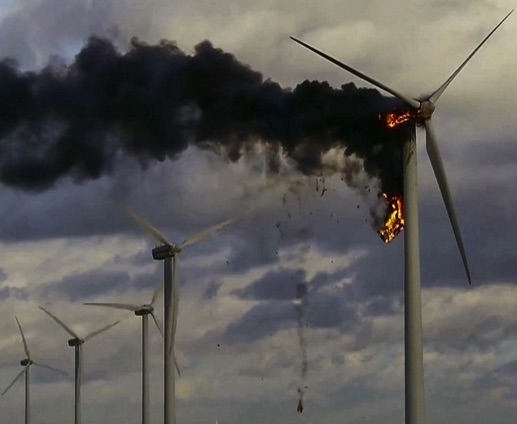 But one company, working largely in secret, has done what nobody before has been able to.

Applying modern artificial intelligence to this 200-year-old mechanism, this team of engineers has managed create the first true successor to the classic power generator... And wind turbines will be among the first beneficiaries of this technological breakthrough.

The story is just as fascinating as the evolution of the wind turbine itself, and even more far-reaching in terms of its implications for the future of power generation.