Will TPI (NASDAQ: TPIC) Be Affected by the Unrest in Turkey?

That's a lot of scratch, and it's also how much is now expected to flow into the clean technologies space, according to the Bank of England.

Mark Carney, the Governor of the Bank of England, attributes most of this to policy frameworks being put in place now — on a global scale. But he's wrong.

Truth is, it's the rapid decrease in production costs for wind and solar that's allowing these clean energy technologies to compete with fossil fuels and nuclear for the first time — and without continued subsidies. 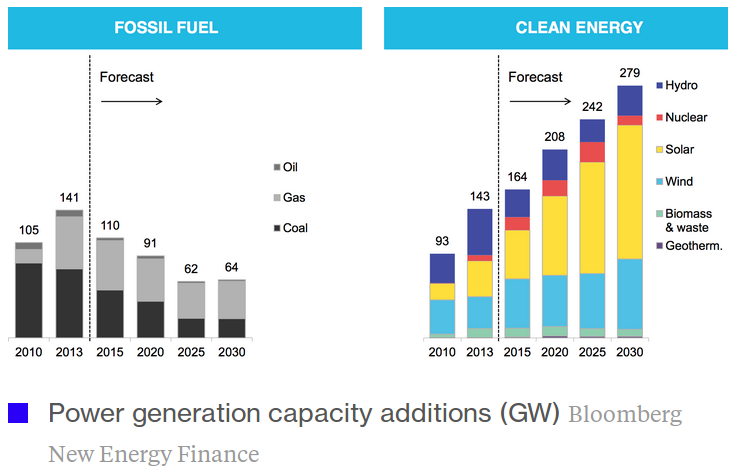 Natural gas, nuclear, and even coal to some extent will continue to claim the largest part of the energy economy pie well into the next decade. But when it comes to investing, it’s all about growth. And in terms of energy, nothing is growing faster than clean energy.

When folks ask me which clean energy stocks they should focus on, I tend to side with the major players — and not all of which are pure plays. After all, companies like GE (NYSE: GE), Siemens (OTCBB: SIEGY), and ABB (NYSE: ABB) are very much a part of the framework on which the clean energy economy is built.

Outside of those, I maintain that the best pure plays are those that continue to have the necessary capital, technology, and first-mover advantage to handle any broader market shakedowns. I’m talking about companies like SunPower (NASDAQ: SPWR), SolarEdge (NASDAQ: SEDG), First Solar (NASDAQ: FSLR), and Vestas (OTCBB: VWDRY).

Now, outside of Vestas, those other stocks have taken a beating this year. Solar has not been shining brightly on Wall Street, but long term, it’s still an industry that’s got an enormous amount of potential. And I know plenty of big money investors that have been taking advantage of these recent dips in share price.

Of course, with the clean energy industry continuing to flourish, we’re always looking for new opportunities. And on Thursday, we may have a new one.

Although solar tends to get the most press when it comes to clean energy, the wind energy industry is still a very serious juggernaut. Enjoying a 25% CAGR since 2015, the industry is showing no signs of slowing down. 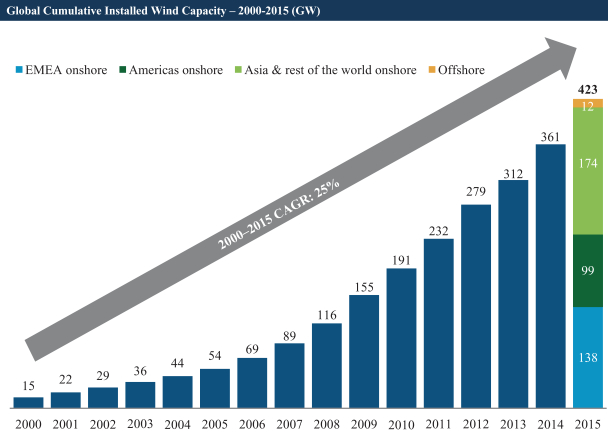 By the end of 2020, the cumulative global installed wind capacity is expected to be more than 750 Gigawatts — or the equivalent of nearly 70% of the total capacity of U.S. electricity generation.

There really are only about 10 major turbine manufacturers in the space. GE, Vestas, and Goldwind (OTCBB: XJNGF) are the biggest. And the number of composite wind blade manufacturers (at least ones with a proven track record and history of revenue) are even less.

One of those companies is called TPI Composites, and this Thursday it will begin trading on the NASDAQ under the symbol TPIC.

Basically, a number of the big wind turbine manufacturers outsource some of their manufacturing to TPI. And these are the major players: GE, Vestas, Gamesa, Nordex, and Acciona.

Here are a few key points on TPI...

On the surface, I do like TPI. It’s got a good thing going, and management is top-notch. However, I do have one serious concern...

TPI currently has a manufacturing facility in Izmir, Turkey. One facility is operational and another is under construction. I would be lying if I said that this doesn’t concern me, given the fact that the region is so unstable right now. Such a thing is never good for business.

Even if the company is unaffected by what’s happening in Turkey, Wall Street will not be kind to any company with exposure to unrest in that part of the world. In fact, over the past few days, there's been very little coverage on TPI. This is a bit concerning given the fact that TPI really is a major player. It's almost as if it's become some sort of “secret IPO.”

So here’s the takeaway: Keep a close eye on TPI. It’s a solid play in the wind sector. However, don’t make any sudden moves. I know there's a lot of interest in this one, and it may fly at the open, but before I pony up my hard-earned cash for TPI shares, I'm going to wait until I can get a better read on Turkey and how it will affect TPI's operations there.

Besides, there are plenty more opportunities for us right now that carry much less risk and much more reward.

At the moment, I'm actually quite bullish on what everyone on Wall Street is calling the “iPhone Killer.” Now this is a big picture opportunity that no one should be sleeping on!