Changes to Touch Every Business Unit

Microsoft Corporation (NASDAQ: MSFT), founded almost 40 years ago this month and incorporated for more than 20 of those years, is constantly evolving in the kill-or-be-killed world of high technology. The ability to evolve is absolutely necessary in the field! 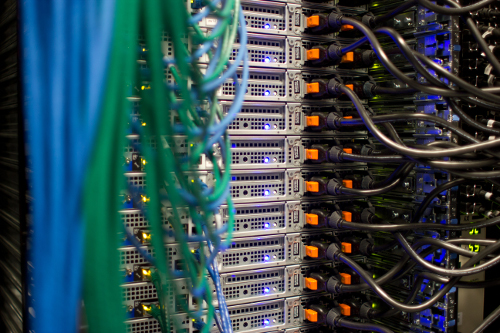 It gave me my new favorite toy – the Xbox One – and Bill Gates has been able to spin his success with the company into a role as one of the world's leading philanthropists.

Still, in the dog eat dog tech industry, just being the best is never good enough.

While Microsoft has proudly found its niche as a software, services and device company, it can’t forget competition is as stiff as it comes. Companies like: Apple (NASDAQ: AAPL), Google (NASDAQ: GOOGL), Yahoo! Inc. (NASDAQ: YHOO), Amazon (NASDAQ: AMZN), IBM (NYSE: IBM) – it’re all champing at the bit to reign supreme.

That’s why Microsoft, in an attempt to distance itself from the other guys, is pushing hard to embrace energy and the relevance it will have in the future of the cloud.

In the last twelve months, that’s what Microsoft has been doing. It has a purchase agreement for a 110 MW wind farm in Texas; datacenters that employ innovative in-rack power generation and biogas, and a long-term goal that takes on a net-zero impact to make the environment and efficiency paramount to its future success.

Microsoft details its plans on its official Microsoft Green Blog, where the public will be informed of Microsoft’s environmental sustainability efforts. That’s where last week it revealed how it plans on transforming its energy supply chain.

Microsoft listed three ways it's going to make this happen:

3. Develop the next generation of energy technology

The first will focus on moving power generation closer to points of consumption, inching ever closer to that net-zero impact by reducing costs and losses that incur over long distances. This will in hopes open the door to opportunities that aren’t afforded to competitors, and in turn, let Microsoft seek innovative finance and ownership models.

An example would be its recent Facebook (NASDAQ: FB) endeavor, teaming up to reach out to the Iowa Utilities Board in a distributed generation proceeding.

The second brings new renewable energy projects to the grid on a large scale. The wind farm in Texas is big, but it’s certainly not the last, and partnerships with renewable energy companies will be important in making this happen. Microsoft realizes that central power isn’t going anywhere either, but that there is also a shift in the paradigm taking place that will need to integrate different forms of energy.

And lastly, it’s no secret that the energy industry is in the midst of major transformation. That’s why Microsoft and its competitors are all scrambling to be as efficient as possible. Heck, even Microsoft has started a blog to let us all know just how serious it is about the environment. But it also knows that it’s not just how we generate energy, but how it is consumed, as well.

This is where innovation and new technologies will help fuel the trillion-dollar industry that is energy. And depending on how successful it is, it will deliver consumer products to stand out above the rest.

Energy storage, design and architecture, materials – it’s all rapidly evolving – and it’s already begun. That’s why the Microsoft business model is changing too.

Underneath it all, Microsoft is rearranging its priorities.

Microsoft is proving that it’s like a well-oiled machine. It’s getting detailed from head to toe and making the necessary moves to stay strong in both consumer and enterprise technology. If it keeps playing its cards right, it’s going to pay off in the end.

How long that will take, well, I wouldn’t hold my breath – the transformation involves a lot of moving parts – we’re talking about the entire energy grid changing here.

In the coming months, we’re going to hear a lot about Microsoft – new projects, new partnerships – and it’s all going to be geared towards a more efficient, sustainable future.